My family was recently out of town for a five days, leaving me home alone with over 800 pages (no exaggeration) of student work to read and comment upon. My reward for getting through a day of writing about free indirect style and character arcs was to watch a lot of movies, both in the theater and at home, cranked up loud on the home system and with a fuckin’ beer in my hand. Here’s how those five days went. 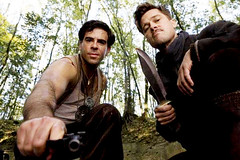 By now you’ve probably read lots of commentary on Tarantino’s latest. My two cents is that I could listen to those characters talk all night. It felt like a 5-hour movie in a 2 1/2 hour movie’s body and I wanted it to go on and on. A few weeks ago I happened upon a Sirius/XM radio broadcast in which Tarantino guest-deejayed. He played songs that he’d listened to while making Basterds. Here’s the complete set list.

I happened to tune in at the end of the Roy Orbison tune. I can respect people who like Roy Orbison, though to me he was always little more than an immobile wax dummy who occasionally purred. Wow, rock and roll, man. As someone who lived off the Pulp Fiction soundtrack for years, I am, like a lot of people I suppose, inclined to give Quentin Tarantino the benefit of the doubt when it comes to music. But there’s really no other way to say what I felt except that I thought his playlist sucked. That “Waterfalls” song is an acoustic cover of the TLC hit from the mid-nineties. I’m going to stop writing about this now because it’s starting to make me upset. 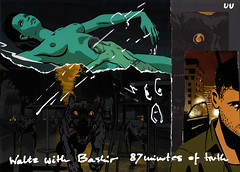 Animation is a great medium in which to explore the elasticity of memory. And even though both Basterds and Bashir are both about war, I think it’s fair to say that only the former one is a cartoon. Waltz with Bashir was a sobering plunge into repressed memories of war, and of the strange juxtapositions of cultures in wartime. Amid animated sequences of bombings and ambushes, the voice of John Lydon suddenly erupted on the soundtrack, singing “This Is Not a Love Song” from his PiL days. 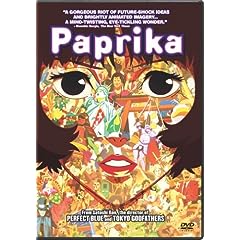 I’ve blogged about this film before, and about Jodorowsky in general. For my second viewing of this film I invited my old friend Nate over. We drank Corona and tequila and kept an armchair commentary going through the Chilean auteur’s steady unveiling of wonders. I was impressed again by how ballsy the film is. In my head I’ve been attempting to reverse engineer the directions Jodorowsky must have given his crew. Like, “I want the amputees dressed like Roman soldiers to assemble in the Jesus factory.” Or, “Let’s make sure each toad has a firecracker under it.” Or, “Let’s get some climbing gear for the prostitute and her chimpanzee.”

Tuesday: Death Proof, by Quentin Tarantino. This was the only Tarantino film I hadn’t seen. So I watched it. It was cool, whatever. Great car chase at the end, one of the best I think I’ve ever seen. The bonus features are worth checking out, particularly the featurettes on the stunts and those who performed them.

Wednesday: A Scanner Darkly. My animation streak continued with Richard Linklater’s rotoscoped adaptation of Philip K. Dick’s paranoid drug novel. I think this movie helped me figure out what the problem is with Keanu Reeves. 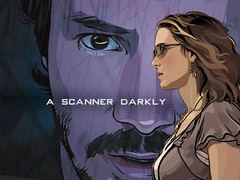 In any movie in which he’s required to get all fired up he ends up looking ridiculous. He is not an actor made for big, hysterical speeches. That actor would be John Malkovich. What Keanu does best is simmer and lope through a movie. I’m thinking of his great performance as Scott Fortune in My Own Private Idaho, which he’s never matched in my book.

Man on Wire: My five-day movie binge came to an end with this documentary about Phillipe Petit, that French dude who crossed the chasm between the World Trade Center towers on a tight rope. Completely riveting and unexpectedly emotional, and the perfect note with which to end five days of student fiction and movies.