It took my mother three years to divorce my father after he’d gone to prison. Soon after, she and I visited Florida. My brother, my father’s son, stayed with our aunt. I was three years-old, manageable. My brother, at eighteen months, was temperamental and far too clingy. I knew how to disappear.

Sometimes, my mother needed me to disappear.

She missed my father, what he had been to her. He’d made her feel beautiful all over and loved unconditionally, undeniably. She needed that back and had only ever known one way to get it. She got caught up in a warm  night with a man dark as shade in the swamp. He’d come into her life quietly, and he’d gone the same way.

The culmination of that night, the baby, my second brother, was born without breathing. He was small, grey, with an exposed serpentine spine. My mother held him for two hours. She kissed the top of his head, rocked him against her chest.

“Sorry, baby. Mama’s sorry for loving you now but not before.”

The nurses took him only after my mother opened her gown and tried coaxing him to nurse.

She refused to mark his grave.

My mother came home to her children skinned-knee raw. She sat in the bathtub for hours and bled into the water. While she stared into the space between herself and the walls, her body purged its sin, staining the off-white fiberglass. My brother and I sat in the hallways, making sure she wasn’t giving up on her breathing. That she wasn’t giving up on us.  On the other side of the door, my mother was praying to water, repenting in spontaneous expulsions, oblivious to the world growing red around her.

My grandmother and my mother’s sisters wanted her well. They took her to see the man who had delivered the baby with a hole in his back. They told him my mother’s symptoms because she’d lost her voice somewhere down in her burning chest and had stopped trying to find it days before. The doctor said she was doing it to herself.

Someone decided my brother would stay with my mother, and I would leave with my grandmother to her father, my great-grandfather’s, Missouri farmhouse. Years later, when I was past remembering the worst, I’d ask why I was sent to live with my grandmother before kindergarten. I would be told, “Because you said you wanted to go.” Farms are great for growing the imaginations of five year-old girls. I disappeared into a new life there—a life without a brother, alive or dead, and a grandmother who put strawberries and whipped cream on my waffles without blood under her nails. I had a dog, a goat, and a great-grandfather who threw hammers at wild pigs in the back yard then paid me two dollars to collect the tools and bring them back in the house.

My grandmother and I had a routine. School and daycare all week, movies and one toy on Saturdays, and each night she taught me to read alternating between the Holy Bible and supermarket celebrity tabloids. I thought Princess Diana and Mother Mary would have looked similar. I thought the same about Billy Ray Cyrus and Jesus.

I spent my free time exploring our land, roaming farther than I should. Too dumb to be scared of them, I made a game of sneaking up on and catching snakes by the tail. I caught them fast enough to shock them, and then dropped them before they caught my skin between their fangs. I’d been bitten once.  After the garden snake released me, I’d closed my eyes, leaned against a tree. I soothed myself by speaking directly into my punctured hand.

I cradled the stinging hand with its opposite.

On our Christmas visit, my mother accused my grandmother of turning me against her.

“She acts like she doesn’t even know who I am.”

My mother’s tongue was coated in venom.

One night, my mother came into the living room, saw me playing with a doll. It was the same doll she’d gotten me for Christmas. The one she’d wrapped and placed under the tree for me only moments before my grandmother and I arrived. Something she knew I’d love, something she hoped would help us go back to “us”.

She screamed at me for opening presents. I screamed back that I hadn’t opened anything. I started to walk away and found myself face buried into shag carpet. My mother continued to kick me and call me a liar.

I didn’t cry. I had known all along that this is what she truly was. I was proud I hadn’t been fooled be her attempts at a genial relationship. I’d always known that this, her foot planted firmly between my shoulders, was what I had to look forward to with her. 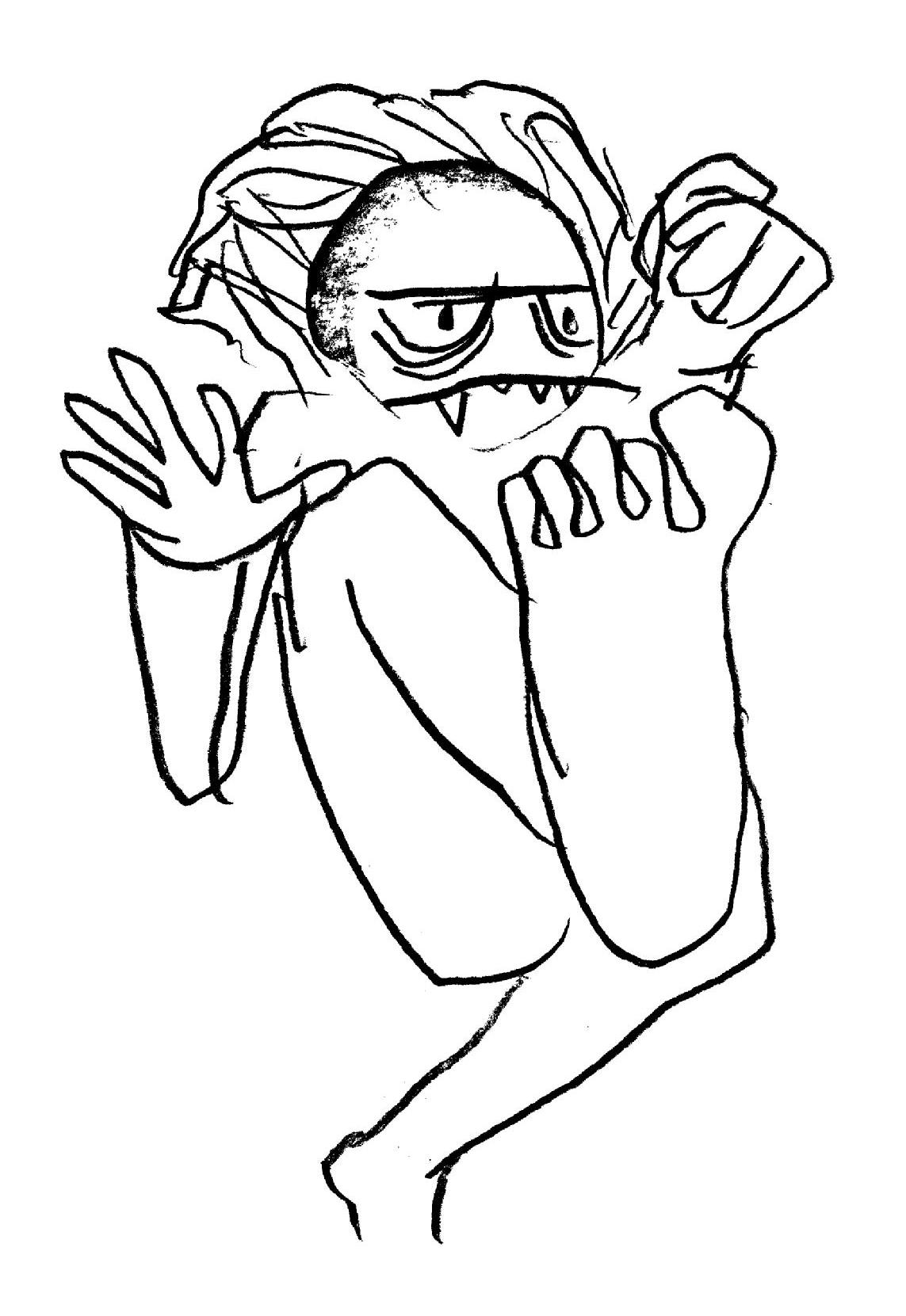 My mother picked me up, held me against her. I went limp. I hoped she thought I was dead or paralyzed. My grandmother walked into the room and asked what happened. My mother told her, I’d opened my gift. My grandmother said she’d bought me the same doll.

My grandmother knelt beside me.

I looked toward the front door.

My mother walked into her bedroom and shut the door.

When my grandmother and I returned to the farmhouse, I jumped out of my grandfather’s car and ran into the house.

My grandmother looked on, past the yard, into the places I played without permission. She grabbed my hand and walked me out toward the trees, grabbing a shovel and a bag next to the grill on the way. We walked farther and farther back until we were in the part of our land where my great-grandfather let the grasses grow long. My grandmother stomped around a bit, then threw the shovels blade into the dirt. She dug slowly, and with purpose, like she was sneaking up on the dirt. The ground was soft and it wasn’t long before she told me to come closer.

I looked into the hole and saw a garden snake. Then two, three, four. Many many garden snakes. They were in some sort of a knot, though not stuck together. They moved quickly and deliberately over and around one another. They were not fighting, and they did not seem to be trying to get away.

“What are they doing, Grandma?”

My grandmother stared into the hole.

“They love each other baby.”

She reached into the bag, poured lighter fluid into the hole, then a lit match. The ground burned before us. My first instinct as to reach into the hole and throw the snakes to safety, but I hesitated when I remembered their bite; I waited too long to do them any good. The snakes did not slither away. They held each other closer and tighter even as the scales melted from their bodies. Their green lengths blackened and bubbled, oozing the flesh that simmered underneath each individual God-given metallic hood. They did not panic, they did not run.

My grandmother reached over and grabbed my hand, still staring at the hole.

“Things can catch fire even when they let each other go. But we don’t give up. We don’t stop loving them.”

She looked into my face, her brow furrowed down, her eyes watering at the bottoms.

“Not even when we’re burning alive.”

Ashley Ford has recent publications in The Broken Plate and PANK. She blogs at AshleyCFord.com and contributes to VouchedBooks.com. She is in the process of writing her first book. Wish her luck. More from this author →