Perrin Ireland’s work combines art with science, using shape and color to tell visual stories about cerebral subjects like microbiomes and the Higgs-Boson particle. Her comics regularly appear in online literary magazine Wag’s Revue and Discover magazine’s Visual Science blog, where she has covered robotic bat wings and space menageries, among other weird and wonderful topics.

The following is a comic (originally posted on Ireland’s blog) about a project to map the human brain. It appeared in the science art show Heads, Shoulders, Genes, and Toes at the Florida State University Museum of Fine Arts. 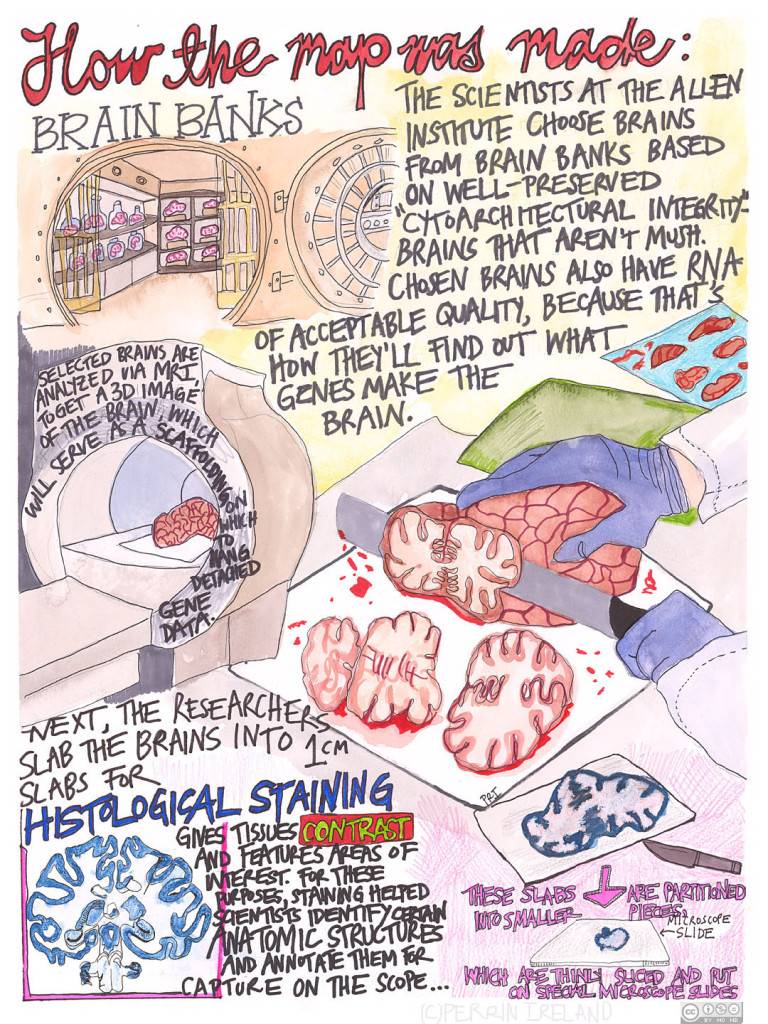 Perrin Ireland has been a doodler her entire life, a learner who visualizes concepts in order to understand them. She is senior science communications specialist at the Natural Resources Defense Council, where she helps tell the story of how science plays a part in NRDC’s work. She also produces biweekly visual explications of the latest research news for Discover Magazine Blogs Visual Science. Perrin advocates for the importance of visual thinking in advancing science communication, leading workshops on visual notetaking for scientists and journalists, and participating in conferences and events by providing graphic capture to improve accessibility of science for general audiences. You can follow Perrin on Twitter at @experrinment. More from this author →