Let’s get right to it: What is a sheela-na-gig?

To quote Barbara Freitag in her book Sheela-na-Gigs: Unraveling an Enigma, “Sheela-na-gigs are stone carvings of naked women exposing their genitals.” They’ve been found in many parts of Europe, primarily on churches, but are especially common in Ireland and England. No one knows precisely what purpose they were supposed to serve—they could be throwbacks to pre-Christian pagan fertility goddesses, attempts to ward off the evil eye, or disapproving portrayals of female lust. That ambiguity may be frustrating for historians, but it makes the sculptures irresistibly ripe for symbolic use. Here’s what there is no ambiguity about: a sheela-na-gig’s sex. Not all have breasts, but some do, and all are holding open their vulvas. But as Freitag points out, their faces bear none of the markers of femininity we might expect: their heads are “bald, triangular in shape, with prominent ears,” and their torsos are often “bony and emaciated, suggesting old age.” One of the most famous sheelas, discovered in Kilpeck, England (pictured), wears a sort of blithe smile, as if she’s not going to try too hard to make you look or anything, but she’s pretty happy to be showing off her enormous genitalia.

When PJ Harvey sings about a lover calling her a sheela-na-gig, that’s the image she’s evoking: a woman whose behavior is explicitly sexual but who isn’t sexualized. The song’s chorus, a simple repetition of “Sheela-na-gig, sheela-na-gig / You exhibitionist” over grinding guitars, conveys both the boyfriend’s revulsion at the narrator’s sexuality and the narrator’s subsequent disgust with him. Who can spit the word “exhibitionist” with more venom—a gynophobic man, or the unapologetic woman quoting him? (Spoiler alert: It’s the woman. Always the woman.)

“Sheela-Na-Gig” was insanely successful for a single off a debut album by an indie-label band no one had ever heard of from rural England. It charted in both the UK and the US, and put twenty-two-year-old Polly on the map, not only with music journalists and college-radio devotees but also with Kurt Cobain. He included the album, Dry, on his top-fifty list, alongside bands like Pixies, the Breeders, the Sex Pistols, and David Bowie (and, interestingly, Aerosmith).

The song’s video, a maelstrom of early-’90s art-rock images, features close-ups of women’s lips juxtaposed with the statuary labia of sheela-na-gigs and Harvey in her uniform of that era: low bun, high collar, hoop earrings.

If you weren’t too busy fist-pumping to her righteous rage, you may have noticed the song’s pair of weirdly incongruous pop-culture references. The first is “He said, ‘Please take your dirty pillows away from me,’” which cribs a euphemism for breasts from the mom in horror classic Carrie. This allusion fits snugly into the song’s schema, aligning the lover’s fear of the female body with that of Carrie’s hyper-religious, abusive mother, who believes all sex is evil and menstruation is a punishment for sin. 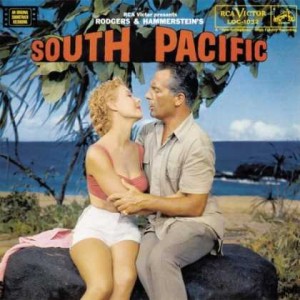 The other reference is more puzzling, at least at first glance. The refrain “Gonna wash that man right outta my hair” is the title of a song from the musical South Pacific—but the woman who sings it ends up marrying her troublesome beau rather than rinsing him down the drain. (First she has to overcome her racism toward his deceased Polynesian wife, but that’s a topic for a whole ’nother column.) It’s weird. In such an anguished, aggressive song, why call up the image of some improbably perfect tropical wedding?

The answer is that it adds a challenging and (I think) necessary layer to the song. It’s easy to bellow “Sheela-Na-Gig” as a feminist anthem, but what makes it truly great is the fusion of independent bravado with the pain of rejection.

The narrator doesn’t want to have to take her hips to a man who cares. She wants to live happily ever after with this man. She’s been trying to show him over and over all the ways she’s beautiful and worthwhile. But no matter how badly you want to make it work, you can’t love yourself when you’re with a guy who says, “Wash your breasts, I don’t want to be unclean,” at least not the right way, not enough to offset his terror.

That relationship—man indifferent, woman wounded—unfolds again and again in Harvey’s early work. But when all is said and done, though we may always remember her scything her hair across the cover of Rid of Me, she’s gone on to master many more styles than the glorious fury of her youth. Tune in to the next PJ Harvey Tuesday for a glimpse of Polly’s softer—but no gentler—side.