What better way to spend a weekend than by supporting independent bookstores? This Saturday, stores all over the country will carry exclusive books and art pieces designed for the first annual Independent Bookstore Day, which celebrates the spaces that keep reading alive. Use this map to find yours.

The first National Independent Bookstore is sponsored in part by Penguin Random House and The American Booksellers Association. Last year’s event, which took place in the state of California, was a huge success for participating bookstores, which saw an average increase in sales from 20-60% on California Bookstore Day.

Exclusive items stores will have this year include,among other items, a signed, original Chris Ware print; a signed chapbook of original essays by the bestselling author of Bad Feminist, Roxane Gay; a Margaret Atwood stencil; a color broadside from Stephen King’s forthcoming novel Finders Keepers; and the Literary Map of the Seas poster, seen below (click image to enlarge). 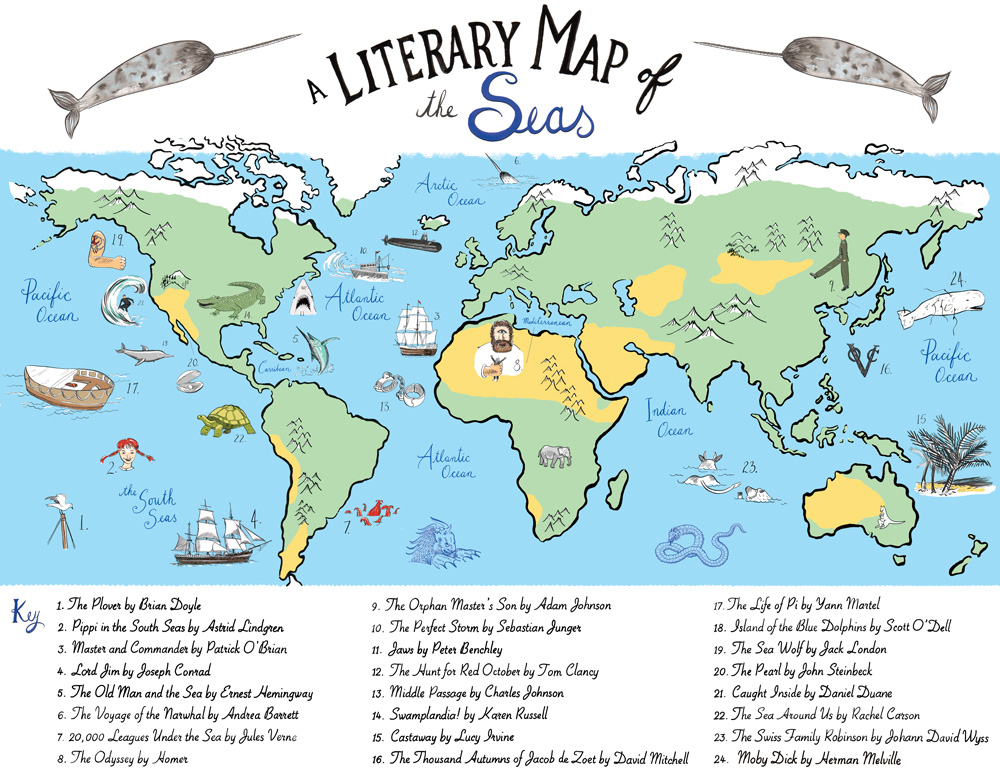