Since she broke from the international street art collective Faile that she helped to found, New York artist Aiko Nakagawa, aka Lady Aiko, is making a mark all her own. In some of her works, butterflies, bunnies and babes swirl in menacing chaos, a kind of super-saturated pop-cultural collage. In others, a saccharine-sweet girl looks lovingly at a can of spray paint. A sharp-toothed gremlin, with Aiko’s name across his chest, wields a mace. Her themes converse across canvases in new rhythms or fresh movements on the same melody. With stenciling, spray, silkscreen and brushes as her tools, Aiko turns her lens to the fiercely feminine, face-to-face with death. But, like the masked woman in “Lady Butterfly,” Aiko herself seems to have just emerged from the chrysalis, ready to spring. 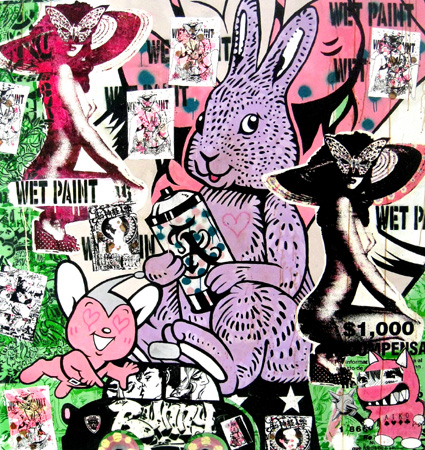 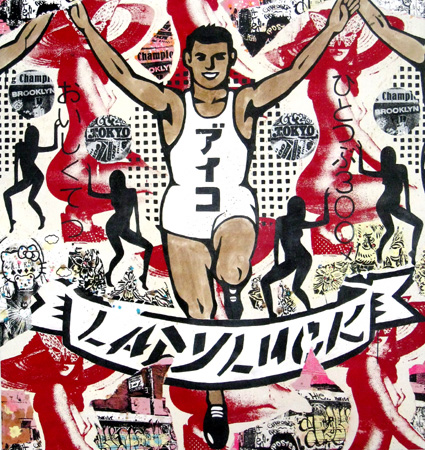