A.J. Liebling once remarked that the authors of newspaper obituaries are “a frustrated and usually anonymous tribe.” That’s certainly true of Gabriel Collins, narrator of Stacey D’Erasmo’s unusual new novel, The Sky Below.

An obit writer for a shrinking Manhattan newspaper that may itself shortly need eulogizing, Gabriel is frustrated by his family, his friends, his station and, at last, by his own ailing body. From the get-go, he insists on his anonymity: “I look familiar, though you can’t quite place me,” he says. “I look like a lot of people you know, or used to know.”

In the hands of a lesser writer, Gabriel’s story may, indeed, have felt familiar. Thankfully, D’Erasmo’s a deft stylist whose expressive prose elevates the book beyond ordinary fare, though certain turns of plot still strain the edge of credulity.

Crushed when his powerful, emotionally absent father takes off, the young Gabriel retreats into a rich fantasy life fed by his mother, who reads to him from Ovid. Lured by a job managing a motel, Gabriel’s mother uproots the family, moving them from a quiet Massachusetts suburb to a charmless town in Florida, where Gabriel, heroically homesick, starts breaking into neighbors’ houses, alternately stealing and leaving behind worthless trinkets. He starts selling drugs and, soon after, turning tricks in a bus station men’s room—though these scenes might have received gory treatment, D’Erasmo renders them almost delicately, making clear her narrator’s troubled frame of mind. 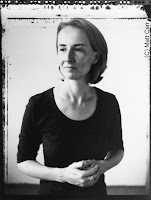 In college, as one of only two openly gay students, Gabriel spends most of his time building assemblage boxes of found objects, à la Joseph Cornell. This also is where he meets Sarah, the best friend, with whom he shares a deep affinity and the occasional fully nude bath.

After college Gabriel relocates to New York, where he finds work at the paper and a lover—an older, wealthier man. He also, improbably, scores a gig writing trashy airport novels when the series’ author, the aging Fleur Girard (née Becky Sharp), suffers a stroke. At first blanch, these sections would seem pure fluff; and yet, when Gabriel betrays the woman, her searing repudiation of him is deeply affecting. This, because Fleur’s pain is rendered so authentically, and because we know that Gabriel has recently been diagnosed with a “lazy” form of blood cancer. He heads to Mexico to track down his estranged father and there lives on a commune governed by an ex-con and his 8-year-old daughter’s dreams.

Liebling, who believed obituaries were fickle chroniclers of history, also said that, “When you write a man’s obituary, you become his advocate.” Perhaps it is this impulse that spurs Gabriel to put pen to paper, to set down his odd life, to advocate for himself when no one else will. As The Sky Below progresses, it becomes clear that its pages represent nothing short of Gabriel’s pre-emptive obituary for himself. And though at the paper he invented details to spiff up the lives of his subjects, here he is honest in his self-appraisal. Gabriel is not a likeable boy, nor, later, man. He testifies against a close friend when she’s caught holding the drugs he’s supposed to sell. He walks out on his lover during an evening at the theater, stepping over the man’s aging mother on the way out. When he learns his best friend is getting married, Gabriel reacts angrily.

Still, there’s something vulnerable in the way he never, even as an adult, gets over his father’s departure, and the loss of the comfortable nest of his early childhood. “As the winter dragged on, we were caught in his enormous, spectral grip,” Gabriel recalls of his father’s sudden exit. “It dimmed the lights and thinned the soup, burned the pancakes, turned over the garbage cans, knocked the City flat, put the needle back at the beginning of Blood on the Tracks.”

When he envisions himself sprouting wings, it is easy to see why Gabriel spends his days writing obituaries, chronicling people and places that no longer exist.

D’Erasmo—whose other books are the evocative Tea and A Seahorse Year—is a beautiful writer, and if her prose is occasionally a touch earnest, it doesn’t diminish this complex psychological portrait of a flawed and damaged man. Gabriel Collins may be frustrated, but by the end of The Sky Below he no longer is anonymous.

Chanan Tigay has contributed to publications including Newsweek, the Wall Street Journal and the San Francisco Chronicle. He has covered the Israeli-Palestinian conflict, the September 11, 2001 attacks, and the shoe bomber trial for Agence France-Presse. He lives in San Francisco. More from this author →