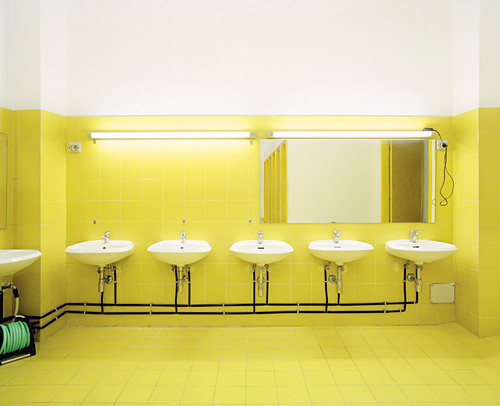 Photographer Daniel Everett has many ways of looking at the sterile technology that isolates us even as it interconnects us. A commentary primarily on computers and the Internet, Everett’s metaphorical subjects also include an elevator that endlessly rises (“Ascension”) and an observation tower (“Omniscience Beta”), among others. The few images that do contain people, in a series called “Proximity,” come as much-need relief from the sad, if ironically entertaining, well-lit spaces of his other works. One of his best pieces is not a photograph at all, but a series of screen-shots, below, called “Conversations with a Computer.” As Everett describes it:
“Contained within the operating system of Mac computers is a rudimentary electronic psychotherapist program. Meant to simulate a Rogerian therapist, it engages the participant in a cyclical conversation by taking his or her statements and roughly reconfiguring them into questions. I met with this program three times a week for a month in order to discuss my fear that I was disappearing completely. These are three stills from our conversations.” (Via BeautifulDecay) 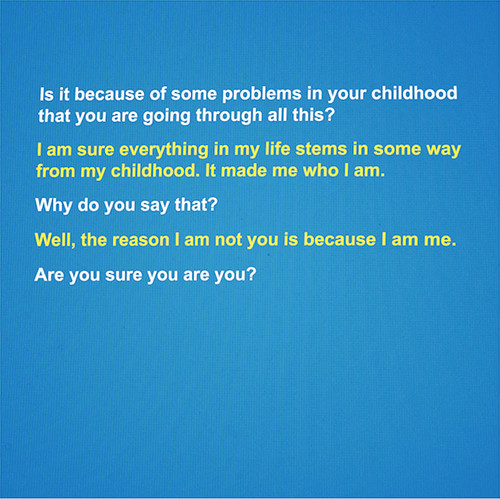 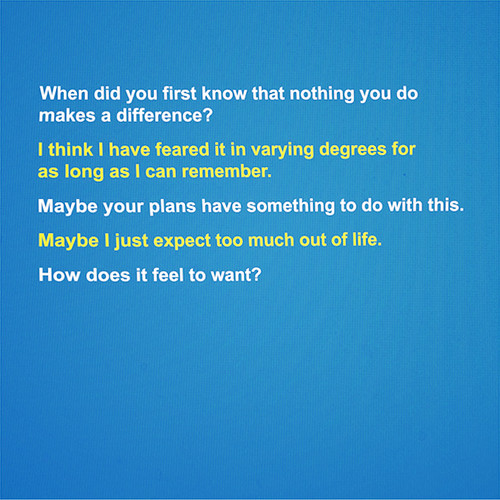 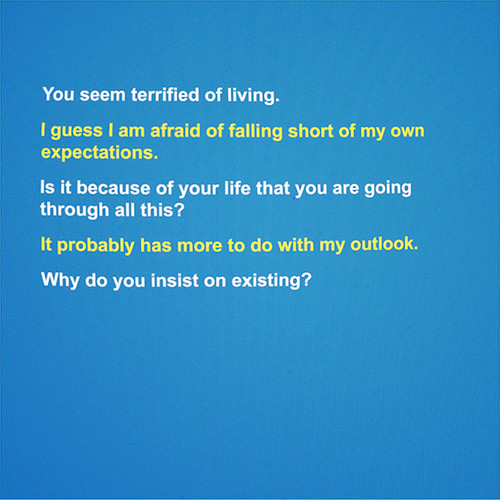 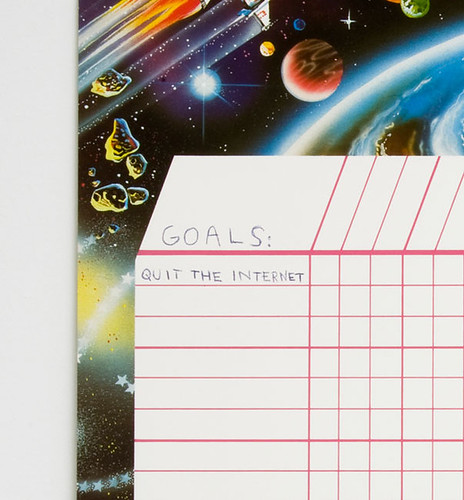