Same amazing characters and great story as the movie, but super-detailed and rich where the film was stark and bare. Lovely observations. Sweet; horrifying.

Moving in ways I can’t even explain. Landscape, story, main character all astonishing, beautiful, elemental. Cinematic artistry all the more powerful for being so subtle.

I can do this one in three: weird and stupid. Also? They cut the hot gay trailer sex scene where Liev Schreiber tops Dominic Monaghan. 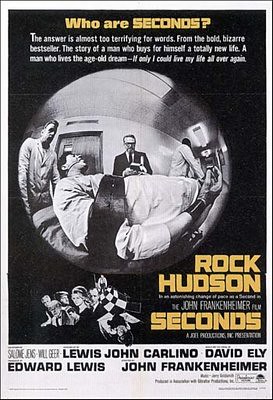 Like an extra-dark Twilight Zone episode with the energy and verve of the French New Wave. Rock Hudson is terrifying in the last scene.

This horrible horrible movie’s plot: Angelina Jolie weeping/pleading/cowering/being tortured. Unwatchable. Offensive. Solely for those who get off on watching women suffer.

Liked it better when I first saw it, when it was called The Children’s Hour. Ultimately pretty fabulous. Lovely light. Streep’s astonishing. I’m over Hoffman.

Milos Forman must have advanced Alzheimer’s, and everyone associated with the film was too polite to say how dumb and wretched it was.

Fresh characters; some great scares smartly done. But it’s all about the payoff in a flick like this, and the end felt easy and unimaginative.

Not sure why this movie gets such a bad rap. Fun, with engaging characters and a pretty good story. Its hokiness is kinda fab.

Mediocre as a horror movie; brilliant as a satire of fundamentalist virginity obsession. Several shirtless boys, none of them very hot. Fun, smart, ridiculous.

Sam J. Miller is a writer and a community organizer. His work has appeared in literary journals such as The Minnesota Review, Fiction International, Fourteen Hills, Permafrost, and Pindeldyboz. He is the recipient of a 2008 Literary Fellowship and Residency from the Bronx Writers Center. Visit him at www.samjmiller.com, facebook.com/samjmiller, and/or drop him a line at [email protected] More from this author →