“The Berlin Wall was interesting because there was this group of East Germans that were sitting, protesting. The wall is on the side of East Germany—or it was. So they can actually capture you if you’re within like 10 or 15 feet of the wall. They measured it out and they were, you know, camped there. They were there doing an ongoing protest. I painted for about a week on the wall. And they would sit and watch, because the East German authorities were trying to catch me. So I would be so absorbed in my painting. What they would do is come around the wall and quietly tried to walk up and, you know, stay in their little zone, and then grab you. And those guys would always give me a shout out whenever they were right behind me. So I thought that was kind of interesting.”

From the Rumpus Interview with Ron English. Images after the jump. 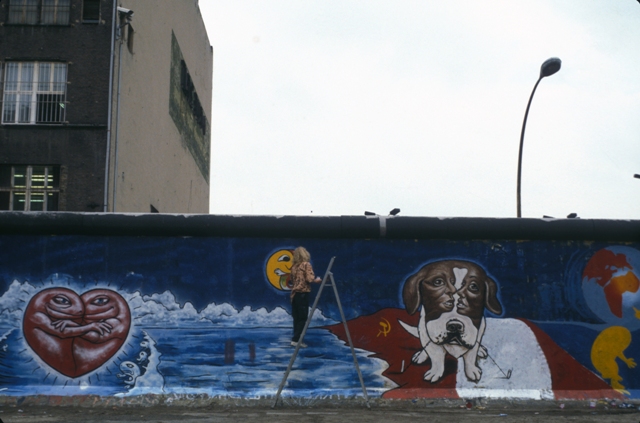 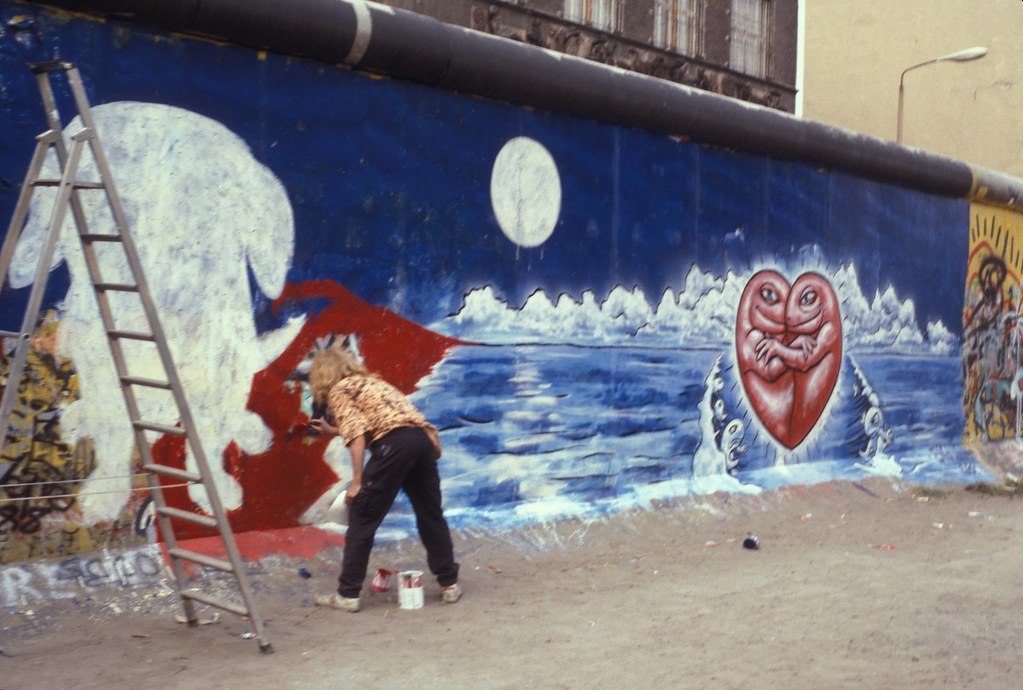 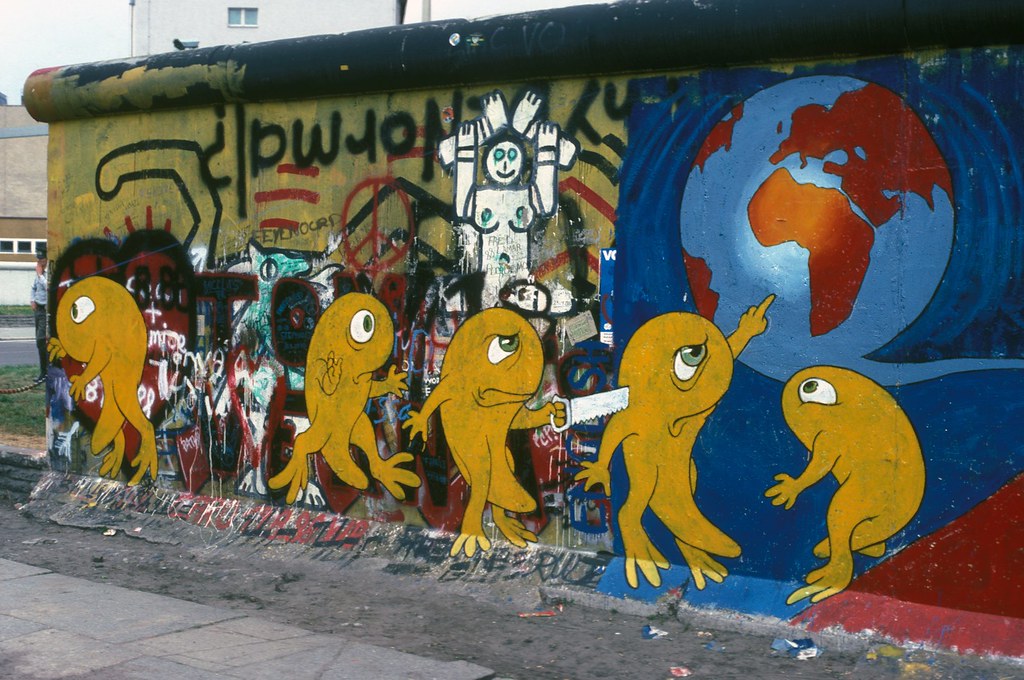 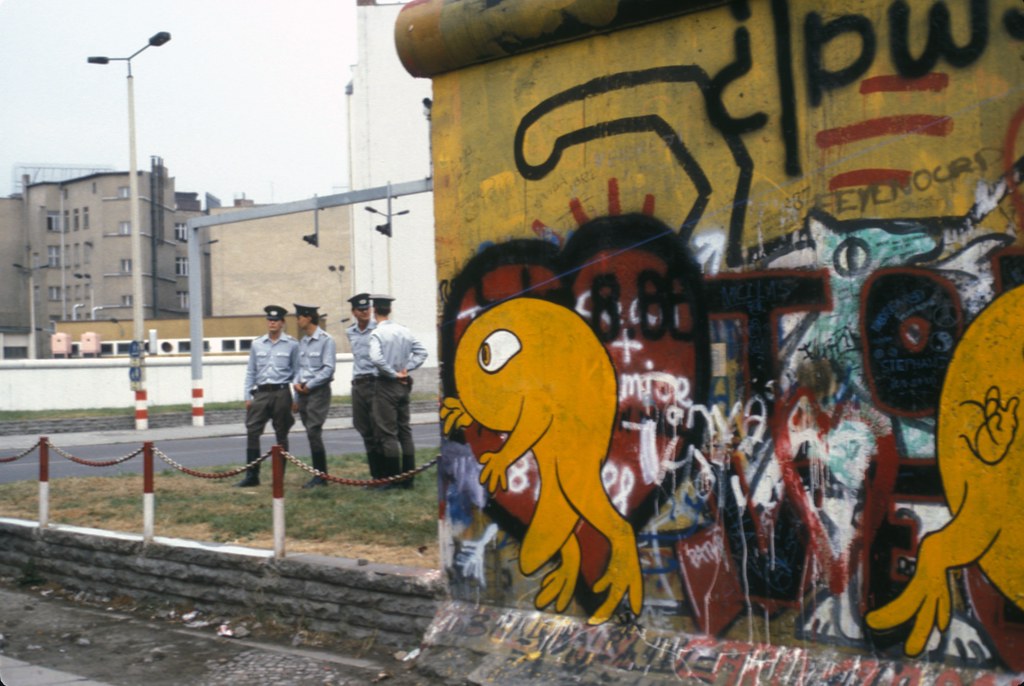 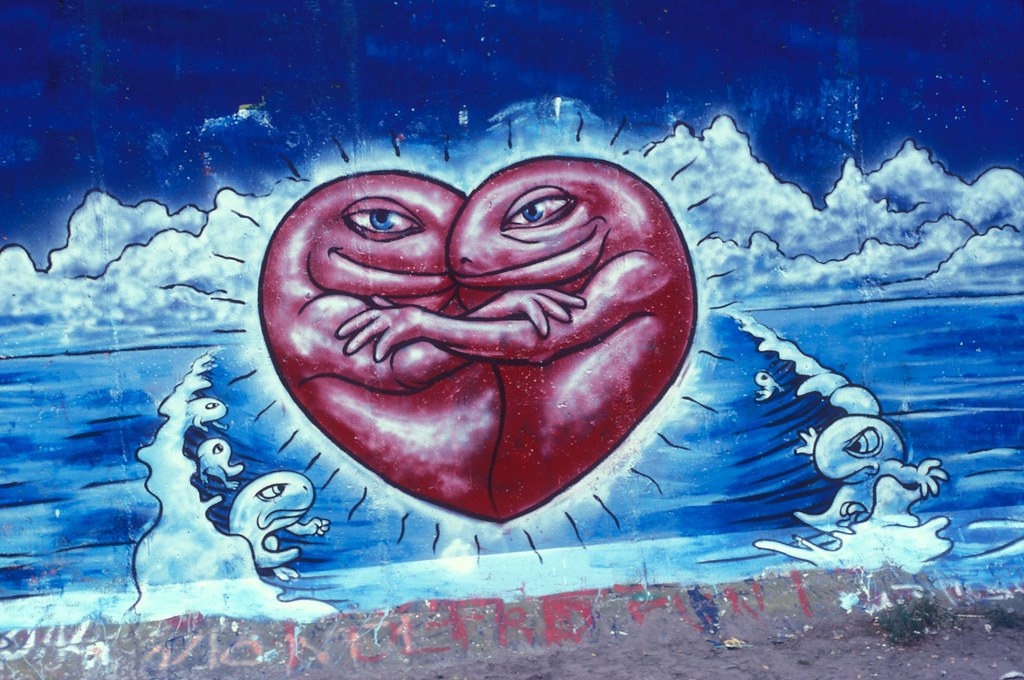 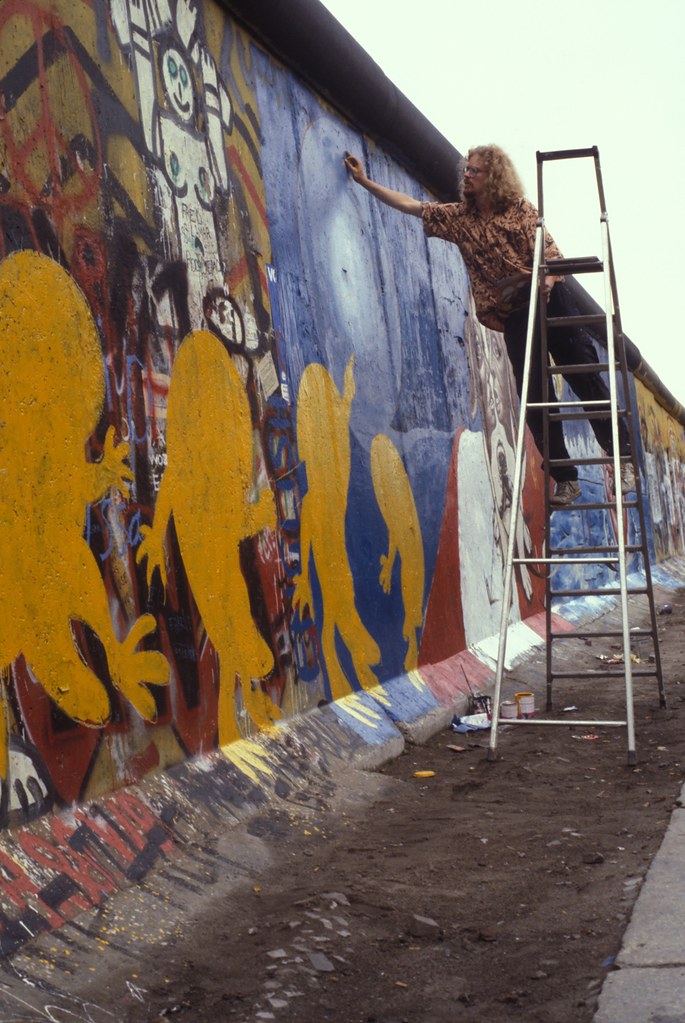