Susan Wheeler manages to navigate a wide terrain of both content and form while maintaining the interconnectedness of one of the less lame concept albums ever produced.

The fact that I was unable to read “Assorted Poems,” Susan Wheeler’s latest, in it’s entirety within the confines of a five hour work shift parking cars at an unattended hotel shouts out volumes in favor the collection. Not once did I begin to sift through the poems searching for signs of favored aspects. That I did not complete the collection within such a period of (more or less) uninterrupted reading also indicates that there was enough meat on the bones of Wheeler’s poems to keep me chewing on one for quite awhile before proceeding to the next.

Delving in to the collection I was pretty wary of the knowledge that the poems being offered were simply a sampling of pieces previously published in other of Wheeler’s books, all of which are readily available for purchase and still in print. Why bother to curate a “reader” for a still living, still producing poet, especially when only pulling material from only four sources? The collection ended up spitting in the face of my skepticism. The poems present in the separate sections read as though they were produced with connectivity in Wheeler’s consciousness and as though they really were meant to be consumed in one or two sittings rather than in a body of work spanning many years.

Fortunately the cohesiveness of “Assorted Poems” in no way reflects a sense of redundancy. Wheeler manages to navigate a wide terrain of both content and form while maintaining the interconnectedness of one of the less lame concept albums ever produced. Concepts including money lending and creditors are not treated as recurring themes but as characters playing out roles. In 1998’s “Ezra’s Lament” Wheeler first puts forward her disdain for the practices of some financial facets of life.

I owed the insects swarming the creditors
Their own salt hearts, brittling the trees.
The army, and air force, plenty I owed.

The dismal conditions of personal, national, and international finance become the anchor of the portion of 2005’s collection Ledger. The sprawling face-slapper “Money and God” bleeds the subject for all it’s worth and reads as though Wheeler is attacking rather than exploring the content.

Actualizing the notion of concept as character, Wheeler proceeds in “Money And God” to turn the nation’s most famed financial institutions into laughable ones.

To the closest of readers or even more rabid Wheeler supporters this reccurrence of content is a subtle one when given seven years space, but when placed together in a single collection it seems apparent, not that Wheeler suffers from a lack of subject matter, but that she has been working from a blueprint for a larger body of work with a gathering such as “Assorted Poems” in mind all along.

There is a sense throughout the collection that, frankly, Wheeler is screwing with you. She is screwing with you and she’s aware and she’s enjoying herself. After being highly satisfied with the collection after delving a little more than half way in, I came to the sing-song couplets of “Benny The Beaver: My Father’s Tale” which begins in an essentially embarrassing fashion. 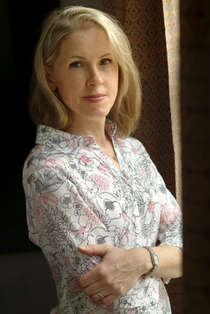 Benny’s tail would only drum.
All day while fellow beavers drug

A beat on hollow logs,
keen for external analogs

The Benjamin School For Drumming

Draws the best of beavers to study
Drums. And Benny? He’s dead.

Was she serious, then? Wheeler calls back not with “Of course I wasn’t serious, dear reader,” the answer one hopes they’ll receive followed by a pat on the back for staying up with current trends in poetic no-no’s, but with a resounding if not scathing “It doesn’t matter whether I was serious or not. Who are you to ask?”

It’s not that Wheeler isn’t aware “nobody’s doing couplet anymore.” She is all too aware of the contemporary invisible boundaries of poetry and more than prepared to cross them. In several poems throughout the collection Wheeler raises a middle fingered challenge to those unnamed boundary makers. In “Knowledge, Say” Wheeler poses the question “Why are these colleagues yammering so?” Not only is she a professor of creative writing at Princeton, but her now quite elevated status in the poetry realm also certainly makes Wheeler subject to an excessive heap of yammering from the mouths of her colleagues. Fortunately for us, rather following the guidelines such yammering is attempting to set for contemporary poetry, Wheeler seems to avoid them all together with a highly attuned sense of precisely what it is she is choosing to ignore.

Although the explorative sprawl of latter years poems such as “Money and God” are great for mining discussion and highlighting one-liners, the most satisfying pieces within “Assorted Poems” are the more self-contained one or two pagers culled from Wheeler’s earlier collections. Wheeler barely ever uses first person language in the beginnings of “Assorted Poems,” speaking primarily of “You” and therefore, to us. The authoritative positions made by Wheeler in the second person are extremely refreshing coming from a poem whose “colleagues” seem to become increasingly passive. In poems such as “Lasting Influence” Wheeler does not impart or describe, but directs.

This is the repugnant part, where now
you covet the loss which a moment before
brought you the severed torso in a dream.
Since your friends are feasting, you must act quickly.

In this collection Wheeler is our queen amongst a landscape of poets who merely want to be our friend and equal. Often she tells us where we are, what to do, where to go. She seems to leave it up to us whether or not we wish to follow orders but what makes “Assorted Poems” a success is that Wheeler makes clear the consequences of doing otherwise.

Joseph Goosey lives in North Carolina where he held multiple jobs prior to the pandemic and is a volunteer at the Carolina Tiger Rescue. A dropout of the MFA Program at George Mason University, he is the author of a few chapbooks including STUPID ACHE (Greybook Press, 2013) and one full-length collection of poems, Parade of Malfeasance (EMP Books, 2020). More from this author →