The paintings of Andrew Abbott run a broad, beautiful range of darkness and humor. Several of his paintings remind me of Picasso: “Say No to Durgs” [sic] has all the conflict and chaos of “Guernica,” for example. Others, with their ripe-red color and self-affliction, or even mysterious “Mounds,” feel like Louise Bourgeois.

But Abbott’s own spectrum of anguish displays a deep conflict about drug use and mortality; in some works he uses a rainbow of bright pastel colors to depict playful, strange anatomy, bodily excretions, or just the flush of life on George Washington’s cheeks. But in an instant about-face, Abbott’s hues can shift to grays and browns—stonelike, especially in the mass burial “Corpulence.”

His work straddles the deadly serious and sad to a certain absurdist humor—a lightness that seems to stand up against, and safely balance, the gravity of the rest. Take a look: 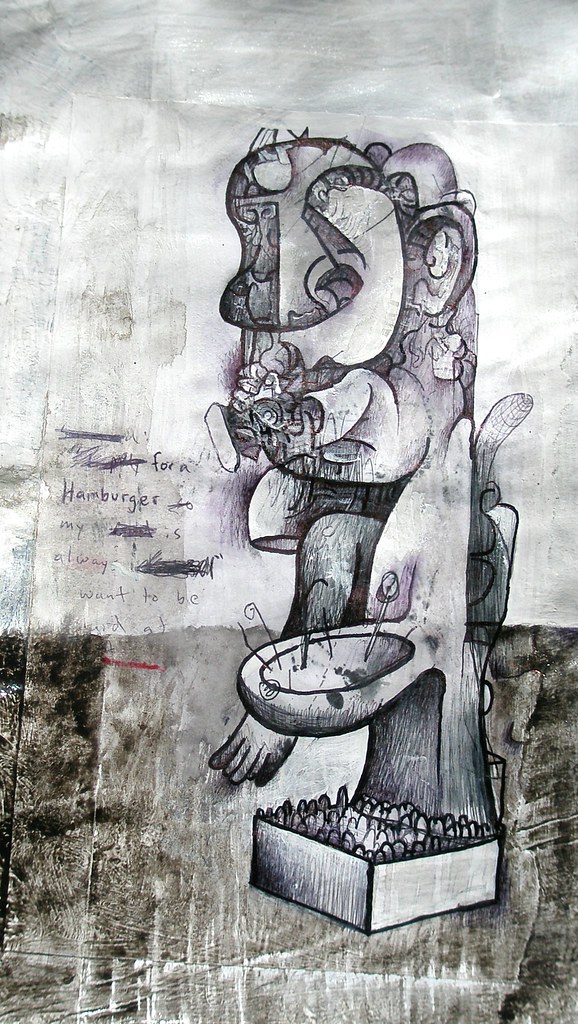