The first 100 pages of Meg Wolitzer’s The Interestings are just that: interesting, but short of compelling. In the late sixties, six teenagers meet at an arts camp named Spirit-In-The-Woods and coin themselves The Interestings, because in the insular world of a summer camp, everyone seems talented and interesting. We get to watch their friendships evolve as they become adults, and we get to find out which characters can translate their teenaged talent into adult success. The premise is thought-provoking, but the first kisses and love triangles that begin the novel seem too small for the broader themes holding the rest of the book together. I found myself suffering from woodland fatigue, thanks to what has become an all-too-common sub-genre of literary fiction: the coming-of-age novel set in a summer camp for privileged, white kids.

But as the characters grow older and the novel’s stage moves into the real world, The Interestings becomes much, much more than common. The book addresses many of the most universal questions about the nature of friendships, art, and happiness, and it is fearlessly contemporary in the way the prose flies over multiple American decades, often comparing and contrasting eras and characters within these eras in the span of a single sentence.

The most interesting aspect of Wolitzer’s characters is how they fail repeatedly – sometimes subtly, other times spectacularly – as grown-ups. Jules Jacobsen, who dreams of becoming a comic actress, tries on numerous occupational hats, never quite finding one that fits. Jonah is a gifted guitarist who gives up music to become a mechanical engineer. Ethan becomes a Matt Groening, spawning a long-running animated TV series, only to discover that being a good husband and father is not a cartoon he’s trained to draw. Ash, Jules’ best friend and Ethan’s wife, becomes an acclaimed stage director, but is never able to escape the scepter of loss within her family. Goodman, Ash’s brother, and his first love Cathy become the center of a dramatic falling out that exiles them from the original six for many years. 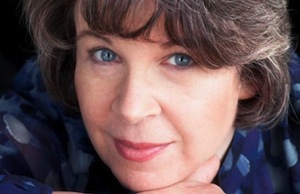 The Interestings is similar in conceit to Michael Apted’s 7 Up documentary series, which follows a group of British children every seven years (the latest film finds the subjects at 56, each somewhere different along the spectrum between sublime and disappointed). Wolitzer probes at a variety of themes, but perhaps the most impactful ones involve the meaning and purpose of art. These characters, who were brought up at an early age to value their creative talents, come to question not only their skill but whether art is even necessary, as Jules’s acting teacher does in this passage:

“Your acting teacher said that to Jules? ‘Why are you acting?’”

“Yes. And Jules muttered something like, ‘Well, it’s because that’s what I want to do with my life.’ And then Yvonne said, ‘But have you ever asked yourself whether the world actually needs to see you act?’”

By revealing this excruciating moment for Jules through Ash and Ethan’s interaction, Wolitzer illuminates the strength of the bond these friends share well into adulthood. The Interestings care deeply for one another and the outcomes of their pursuits, no matter how mundane or, on the surface, uninteresting they may be. In the universe of Wolitzer creates, the beauty of art is often interrupted and diminished by the adult world it lives in, as in this passage, when Jules returns to Spirit-in-the-Woods decades later to run the camp for another generation of Interestings.

When the play ended the lights came up, and it was Dennis or Jules’s role to stand onstage and make a series of dull announcements. The strange beauty of the play and the power of Kit’s performance had barely been given time to be acknowledged, but the camp directors were required to come in and break the moment. “You want to do it?” Dennis asked, but Jules shook her head no. Instead she walked toward the door, and the night outside, heading along onto the lawn as her husband climbed onstage and reminded everyone that this camp was a peanut-free environment.

Perhaps Wolitzer’s most acute observation about modern American life occurs late in the book in Ethan’s words, which calls to question the privileged place The Interestings inhabit in an increasingly chaotic globe, and by proxy, questions whether the arias of the fortunate even need to be sung anymore.

I kind of feel like these days that unless your life has included torture—unless you’ve practically been raped, or kept in a cellar, or you’re twelve or thirteen and forced to work in a factory—well, in the absence of any of that, I feel a little bit, like get over yourself. When I started in with child labor, Ash saw what I saw—I showed her—and she was really shaken. But in a lot of ways she could never leave her family drama, and I get that. The past is so tenacious. It’s just as true for me. Everyone basically has one aria to sing over their entire life, and this one is hers.

The Interestings is Wolitzer’s best work since The Position. The book is big and broad and full of ideas, and it raises important contemporary questions about art and privilege, happiness and success’s relationship to happiness, and what truly sustains friendship and intimacy over the course of a life. The pages turn and crackle with insight and humor, and as the years fly by, perhaps the one lasting blemish of The Interestings is that the title understates Wolitzer’s achievement.