Ijeoma Oluo is a writer and activist. I was fortunate to have the opportunity to chat with her about her upcoming Badass Feminist Coloring Book as well as her experience with online feminism, activism, and being a self-described, “troller of trolls.”

The Rumpus: Could you tell me a bit about how you first got started with Badass Feminist Coloring Book? Was this a project you had been considering for a long time before you started the Kickstarter?

Ijeoma Oluo: It really just started as a friend project. I had been drawing friends and fellow feminists for fun and stress relief. But drawing on the computer was getting kind of boring so I decided to make coloring pages. Once I shared them, people started hinting that they’d like me to draw them. I was just going to make a book for myself but so many of my friends wanted one that we decided it would be best to put together a Kickstarter to cover the time and printing. The original goal was to sell maybe fifty total! Rumpus: That’s incredible. One of the aspects of your work that particularly struck me was how expressive each feminist is. I’m thinking of how Disney movies always render female characters to look pretty much the same. How did you select the specific women you wanted to include? How did you show off how each person was truly unique?

Oluo: I think it really helps that I truly love each and every feminist in this book. This is a celebration of them. So I try to depict them as they really are, so people can see that beauty. These are all feminists I know or have admired for their strength, creativity, and wit for a while. I’ve asked very few people; most of the feminists featured came to me—which I think is fantastic. We tell women not to ask for things, and a lot of women decided to put themselves out there and say, “Hey—I think I should be in this book.” And I think that’s pretty awesome.

Rumpus: Do you think your project empowers women to see themselves as heroic?

Oluo: I really hope so. It was so important to me to show everyday feminists and the small, yet really important things they do to make the world a better place. Visibility is so important for empowerment. These feminists are all heroes to me

Rumpus: How did you decide on the specific quotes that accompany each picture?

Oluo: That was completely up to the feminist featured. Sometimes they’d send me more than one, and often they changed their minds, but it’s just whatever they wanted to communicate about feminism.

Rumpus: Did the quotes help determine what the picture would look like?

Oluo: I think it did influence the feminists when they were deciding on their quotes. This is their representation. I’m just translating it into an image.

Rumpus: I love how many of the images are active—women doing things, rather than simply sitting there. It made me consider how we don’t often see depict women as being active in our culture. Oluo: Yeah, we don’t depict women living in their own bodies.

Rumpus: Why do you think that is?

Oluo: I think that women existing and utilizing their bodies for themselves is very threatening to male supremacy. That’s why I love Kimya and Michi’s pictures so much. They are having so much fun in their bodies and it’s for nobody else but themselves.

Rumpus: Those are two of my favorites as well. There is this glorious kind of dissonance between coloring—which is perceived as harmless and gentle—and the declaration of being a badass feminist. Was playing with this supposed dissonance something you actively wanted to do for this project?

Oluo: I hadn’t—but it’s been fascinating to see how much that dissonance threatens some people. What I wanted was something meditative and loving. You can’t breeze through these pages. Spending 20–30 minutes with each feminist, absorbed in the details of their empowered representation, is pretty special to me

Rumpus: So actively coloring in the pages is a new way to approach each feminist?

Oluo: Yes. I think that there is something inherently political in saying, “Look at me the way I am.”

Rumpus: Tell me a bit more about the popular response to your book. Obviously, your Kickstarter has been an amazing success, but you just mentioned that some people seem to be threatened by it too…

Oluo: Yes, the backlash was almost comical. It’s a coloring book—by feminists for feminists. It’s not going to change the world. But the thought of a bunch of feminists getting together to simply celebrate feminism really angered a lot of people. It was picked up by Breitbart, Daily Caller, and some right wing hate blogs.

Rumpus: I’m trying to imagine how a coloring book could even be perceived as threatening…

Oluo: It really makes me wonder how White Male Supremacy got as far as it did. My favorite comment was “If our founding fathers knew that this is what would happen to our country, they would have never fought the British.”

Rumpus: Online feminists often have to confront a lot of hate. Do you respond to individual comments?

Rumpus: Does it frustrate you to receive these types of comments? Or was it something you anticipated as someone who is attuned to the world of online feminism today? 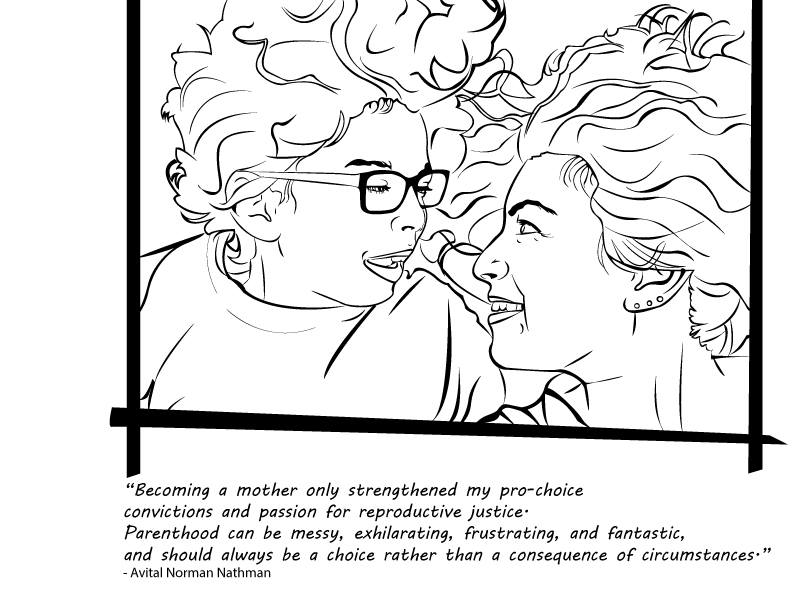 Oluo: I’m used to getting hate—as a black woman on the Internet, I get it constantly. It doesn’t bother me much at all. The only time it got to me was when it was focused at the other feminists in the project. But I was surprised by the level of vitriol—beyond usual trolls. I had mothers in the Midwest messaging me that I was a threat to society. It was surreal.

Rumpus: Is feminism still taboo today? There is this huge discussion of it being more mainstream, but that mothers in the Midwest comment makes me wonder…

Oluo: Yes, probably more so than it was twenty years ago. Some of it for good reason, some of it not.

Rumpus: How do you feel the Internet has shaped these kinds of discussions?

Oluo: I love the Internet. For all the hate out there—the truth is that there are a lot of people out there who wouldn’t call themselves feminists today if it weren’t for the Internet. I’ve had many women message me saying “I don’t know if I want to be a feminist because I’m not sure what it is”—and being able to have that conversation is important.

Rumpus: Absolutely. I’m especially taken by the diversity of women you feature in your book.

Oluo: Thank you—that was very important to me.

Rumpus: What feminist projects right now excite and inspire you?

Oluo: Oh man, so much great work is being done right now. I’m a huge fan of The Toast—Mallory Ortberg is a complete genius. There are local artists here in Seattle like Davida Ingram making amazingly beautiful and challenging art. Lindy West has been a longtime friend and inspiration (and now sister).

Rumpus: You and Lindy have worked together on I Believe You, It’s Not Your Fault, is that correct?

Rumpus: A very different project, that is so important and seems very gratifying.

Oluo: It is both.

Rumpus: It seems like a large part of your feminist identity is helping create spaces where women are visible and given a voice.I remember being in college ten years ago and having conversations with other women craving the same thing. Do you think we’re moving forward? I know you mentioned that feminism might be more taboo than it was twenty years ago. Oluo: I do think we’re moving forward in many ways.I think that a lot of the backlash that we see towards feminism is a result of that forward movement. That said, I feel like WOC have been largely left behind. And feminism isn’t feminism without WOC and LGBT women.

Rumpus: That’s such an important point. What projects are you working towards next? Will there be a part II feminist coloring book so I can actualize my dreams of being featured?

Oluo: There might be! But it will probably be a while before I want to take on something of this magnitude again. Maybe the next one will be more collaborative. I have an agent patiently awaiting my long-overdue book proposal on race in America. And I’m trying to organize some local action on equality and justice here in Seattle. Outside of that, I’m looking forward to getting back into writing—all these drawings have been taking up all my time

Rumpus: That’s so exciting. It must feel like a very different medium to express yourself.

Oluo: Yeah, writing is my first love—and drawing is a nice counterpoint to that. A good release from the heaviness of words.

Rumpus: Any insights into what aspect of race in America you’ll be focusing on? Or will we just have to wait and see?

Oluo: I’m going to write about how we talk about race, and how we can productively move the conversation forward and update it to the 21st century.

Rumpus: That sounds amazing. And as someone who often has discussions about race in the classroom, it also sounds truly essential. We can’t wait to read it. Any last thoughts?

Oluo: Just a shout out to all the amazing women I work with.