Recently, I found a new collage artist on Tumblr and became enthralled by her scrappy and beautifully messy style. I appreciate the loose coolness of this style, as if the collages are made quickly with a lot of trust put in the viewer’s eyes. There’s a confidence on display that hints at someone who has studied long and seriously about the presentation of her creations. On first glance, I couldn’t tell who the person was behind the work or where they were from. I liked the collages so much that I sent a message to the creator and decided to interview her for Paper Trumpets. Introducing teen wonder, Laura Restrepo.

The Rumpus: First off, can you tell me more about yourself? How long you’ve been doing collage and where you live?

Laura Restrepo: My name is Laura Restrepo aka Lar Perserot, I’m seventeen, and I live in Medellín, Colombia. I’ve been making collage since I was fourteen years old. It all started when I went to a local drawing group and I met a girl who made really pretty collages. Her name was Sara and I looked at some of her fanzines and got very motivated but didn’t knew where I could get any beautiful images like hers so I just forgot about it.

Then one day I was walking in my city and I saw some old magazines that were displayed in a bookstore. I immediately bought a few and started to make collages that same day. Since then, I cannot stop. After that, I came to know the work of people like Kurt Schwitters, Hanelore Baron, and Hannah Höch. The whole Dadaist movement inspired me a lot in those early years and the whole idea of playing with images, “damaging” them and creating a new one, one that now possessed a different value, at least to me, was something not only relaxing but also incredibly fun! Mainly because collage gives you a lot of possibilities and always ends in an unexpected result.

Now collage is an important part of my everyday life. I always did it kind of secretly but then started my blog where I post things almost daily.

Rumpus: Do you make other art as well?

Restrepo: I don’t know if it can be called art but I really like to draw and make comics. Some friends and I have a blog called peliculasgayer.tumblr.com where we post comics almost everyday in case you want to check it out. 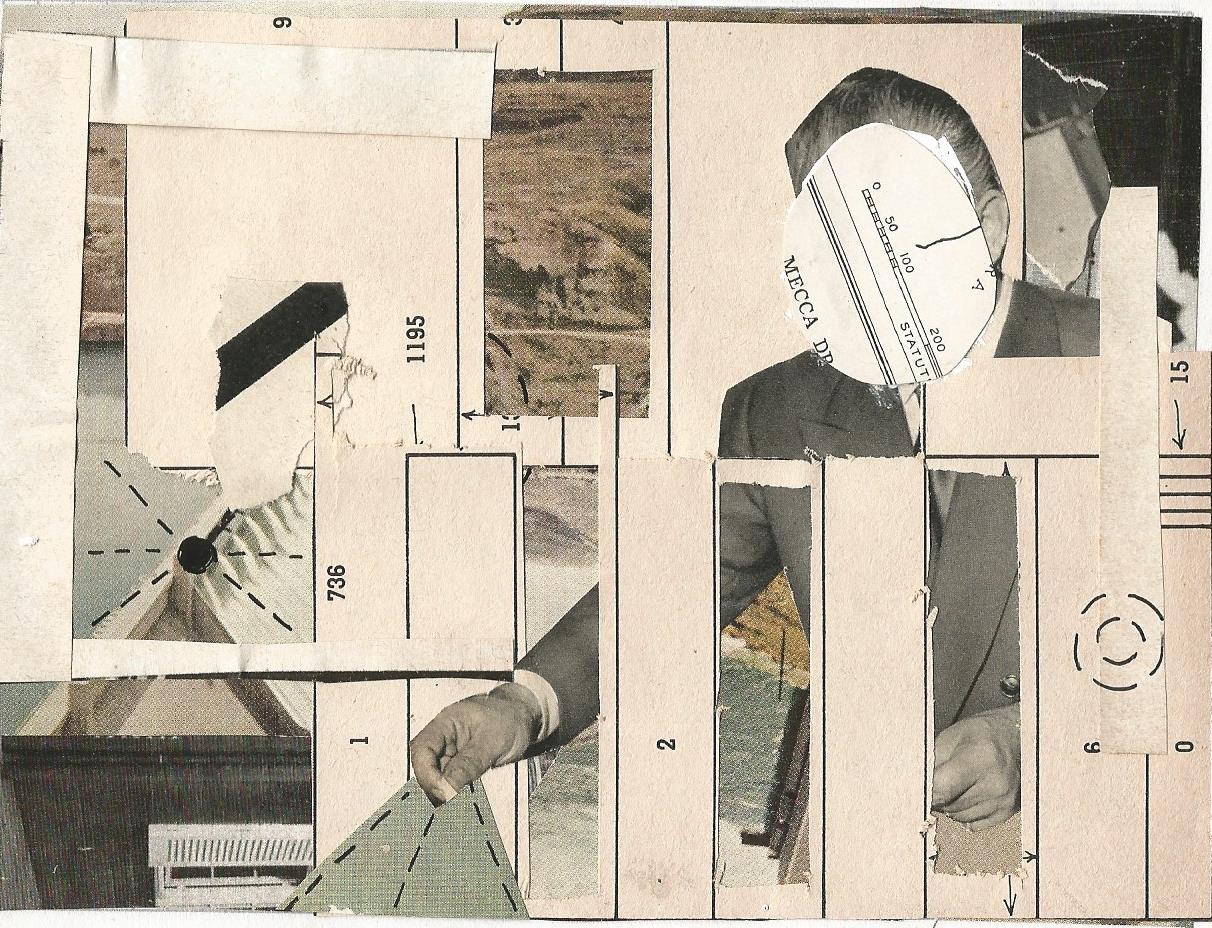 Rumpus: What sort of images do you enjoy working with the most for collaging?

Restrepo: I enjoy working with images of maps, flags, and different cultures around the world. I’ve always liked geography and geopolitics and it’s fun to be able to play with the world political order.

Rumpus: I like how you seem to have a lot of different approaches. Do you want to keep exploring various styles?

Restrepo: Definitely! Using one style would be very boring to me. I love to play with all kind of images and combinations because it makes the results a lot more interesting and entertaining

Rumpus: Do you go to high school? What do your teachers and friends think about what you’re creating?

Restrepo: I’m in university now studying history. In Colombia, people graduate pretty young. Only a couple of friends know that I make collage and they encourage me to keep doing it, but almost nobody else knows. For example, no one in my family knows that I do it, not even my mom.

Rumpus: Where do you see your work going in the future?

Restrepo: I have no idea; I just want to keep making it because it satisfies me. But even if nobody saw it or even if nobody liked it, I would still do it.