Who is this book meant for? The dedication by the collection’s editor, Meredith Maran, reads:

For those who read memoirs and those who write memoirs, and for those who wish we wouldn’t. We’re all just looking for truth, aren’t we.

I can’t say how those who don’t read memoir might respond to this book. I’m not a memoir writer, so I don’t know what writers would make of it either. As a memoir reader, however, I found the collection disappointing. Perhaps the fact that the book squeezes essays from 20 writers into just over 250 pages should have been a clue. Not only does this not leave many pages for each writer, but some of those pages are taken up with introductions to each author, followed by boxes full of biographical information that give birthdays; hometowns past and present; schooling histories; current day jobs; “Notable Notes”; Facebook, Twitter, and website links; and lists of books published. The essays themselves are divided into short sections—most less than a page, some one-to-two pages—further shortening and fragmenting them. Each one ends with a bulleted list of the author’s “Wisdom for Memoir Writers.” These are entertaining, quick reads, but they fail to dive deeply enough into the complexities of memoir to satisfy this reader, at least.

So who might appreciate the collection more? It’s a good source of recommendations for readers who are just beginning to explore the genre. It’s a quick treat for fans of certain writers—Cheryl Strayed and Anne Lamott come to mind—who can’t get enough of their favorite author’s words. Meredith Maran writes in her introduction that:

In their own books, the memoirists included here bare all. In this book, they bare all about baring all, excavating the personal and professional agonies and ecstasies, moral conundrums, and psychological battles that come with the job.

This is overselling the amount that actually gets “bared” in the book, but it describes well what readers might find appealing about it: it’s a glimpse, however brief, of the struggle going on behind the scenes.

The collection also serves as an introduction—emphasis on introduction—to the issues memoir evokes. It’s certainly a genre that has caused controversy. The writers in this volume frequently disagree about: how writers deal with the thorny problems of truth in memoir; the relationship between fiction and nonfiction; writing about one’s friends and family; when and how to tell other people’s stories; and memoir as therapy versus memoir as art. It’s amusing to read David Sheff’s thought, on the one hand, that “If I’d come to the conclusion that publishing the story would have injured anyone, I wouldn’t have done it,” and Edmund White’s claim, on the other, that “In general, I try to be very honest in my memoirs. If I lose the friendship, so what?” Dani Shapiro writes, “The idea of truth in memoir is absurd. Memory is utterly mutable, changeable, and constantly in motion. You can’t fact-check memory,” but A.M. Homes claims, “there’s been this weird blurring of fiction and nonfiction. People say, ‘It’s hard to know what you remember.’ I say, ‘No, it’s not!’” A memoir reader or aspiring writer will see the range of approaches to the form and begin to get a handle on their own views. 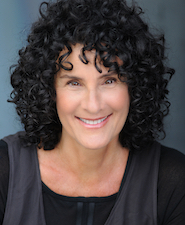 The collection also tells us something useful about the narrow way our current literary culture tends to discuss the genre. The book’s subtitle, “Twenty Memoirists on Why They Expose Themselves (and Others) in the Name of Literature” emphasizes revelation and implies that it is possible to display oneself on the page. The very idea of exposure assumes a seamless connection between writer and reader through language, which is presumably reliable and clear, instead of the opaque thing it surely is. Dani Shapiro is an exception; she challenges the idea of exposure, arguing that she turns herself into a persona and that it is the persona who reveals complex, unappealing details, not herself. But generally the authors write as though they have put themselves directly into their books and that readers thereby gain a genuine insight into who they are. There is little attention given to language as an imperfect vehicle for communicating the self. We glimpse the problem in confusing discussions such as Kate Christensen’s description of how she moved from fiction to memoir:

The fictional “I” gave rise to the nonfictional one and enabled me to write directly about myself, as a character rather than an unmitigated, diaristic first-person voice.

Unclear here is the relationship between the character she creates and the self she wants to “write directly” about. This would be a good starting place for a discussion of what the autobiographical “I” actually means, but this discussion never gets going.

Several writers emphasize that memoir is art, a crafted thing—not simply words spewed onto the page. They insist that memoir is not diary—not unfiltered thoughts and impressions, written quickly and unrevised. Cheryl Strayed makes a strong argument for the shaping of memoir:

I perform intimacy through my writing, but that doesn’t mean I’m intimate with everyone who reads it. When I say “perform,” I don’t mean it’s fake—in fact it’s incredibly authentic. I mean the way I’m raw and open in my writing is not an accident. It’s a crafted, considered effort. It’s something I’ve made with a great amount of intention and consciousness.

But the overall emphasis of the book is not on the art of memoir but on the relationship of memoir to life. It appears to be a genre about gossip in its lowest forms and “life lessons” in its highest. The collection seems to assume that we read memoirs because we want to know secrets (or what used to be secrets) about people or because we want to see our experiences reflected back to us, or both, and that memoirists write because they want to reveal something. Kate Christensen writes:

Writing personal essays and memoir is a way of revealing myself without that veil. I want to connect. I want to be known… Writing straight into the truth feels like the only thing I want to do now: to connect with the reader and only that.

I also write memoir for the same reason I read memoirs; with the hope that my story might connect me with others. I write memoir to feel less alone.

This desire to connect and reveal is powerful and important; it’s one of the reasons literature matters. Ideally, art and life would coexist in a memoir: the writer’s artful use of language would serve to reveal something true about the world. But this book does not give the two parts of this equation equal weight; the truly interesting thing, it implies, is life. We see this in the introduction, where Meredith Maran argues, “A memoir can be a sort of literary support group, led by an experienced expert who shares his own trauma for the benefit of all concerned.” It seems to me that the “experience” implied by the phrase “experienced expert” should be language, but instead it is the therapeutic experience of an analyst, setting out to improve a patient’s well-being.

Meghan Daum sounds an intriguingly negative note when she argues that memoir is an “inherently slacker-friendly form”:

There are some outstanding memoirs out there, and there are certainly ways of writing them that are anything but lazy or solipsistic. But this is a rare art. And it’s one I’m still learning myself.

If Daum is right, outstanding memoirs may be rare because of this privileging of life over art. But there is an alternative tradition of memoirs devoted to questioning the art of the genre. We see it in Mary McCarthy’s Memories of a Catholic Girlhood, where McCarthy follows her chapters, which read as independent personal essays, by discussing how certain people in her life remembered the events differently, or how she is unsure of things herself. One of them begins, “There are several dubious points in this memoir.” It’s common for memoirists to openly discuss points of uncertainty, but McCarthy’s method of leaving her chapters as is, and dissecting and deconstructing them afterward, highlights the contentious nature of truth in life-writing in a way that more mainstream memoirs do not. The uncertainty of memory and truth become the organizing principle of the book.

We see this tradition in Lauren Slater’s book Lying, a provocatively titled “metaphorical memoir” in which she claims to have epilepsy but refuses to say whether this is a metaphor or literal truth. She writes,

When all is said and done, there is only one kind of illness memoir I can see to write, and that’s a slippery, playful, impish, exasperating text, shaped, if it could be, like a question mark.

Slater builds uncertainty into the text and makes us wonder to what extent every memoir should be shaped like a question mark. In an entirely different mode, Margo Jefferson in her recent memoir Negroland tells her story by moving in and out of first and third person to capture an interior and an exterior view of her life. She comments directly on her stylistic choices to show the reader how she is creating her effects. She also spends a considerable amount of time describing the history of the affluent class of African Americans who have existed since the nineteenth century and from whose culture she descends. Jefferson is implying that memoir need not be the individualistic genre it often appears to be but can also account for the social context out of which the individual emerges. We see this alternative tradition in Terry Tempest Williams’s book When Women Were Birds, which grapples with her inheritance of her mother’s journals, all of which turned out, upon inspection after her mother’s funeral, to be blank. Her book is about the power of silence and all that cannot be said about the self in language. The tradition is there in Sarah Manguso’s Ongoingness: The End of a Diary, which is about everything that cannot be captured about life even when one writes a diary obsessively.

Clearly, this is a smaller, headier tradition within memoir-writing, and most memoirs published today are not like these. But the problem with Maran’s collection is not so much that she doesn’t include enough writers who experiment—Nick Flynn is included, for example, whose book Another Bullshit Night in Suck City is often named in discussions of experimental memoirs, but his essay in this collection gives no indication that this is the case. The problem is that there isn’t enough space and time in Maran’s book to get deeply into the really interesting questions of the genre. In moments here and there, a writer says something intriguing, but then that section is over and it’s time to move on. In its brevity, the book reflects common, narrow assumptions about what memoirs can and should be. The art of memoir is more varied than what we find here. It’s easier, after all, to focus on writers’ lives instead of their art, and easier to hint at questions of style and form than to dive into them.

In the end, the book seems most useful as a marketing tool for the authors’ books. The inclusion of website links and twitter handles seems to confirm this. The essays are a tease for what readers might find in the memoirs themselves. And that’s not necessarily a bad thing, but a book like this could have been so much more.

Rebecca Hussey is an English professor at Norwalk Community College in Connecticut. She is a reviewer and critic with work at Open Letters Monthly, Full Stop, Necessary Fiction, and more. She blogs at Of Books and Bicycles and is a contributor at Book Riot. Follow her on Twitter @ofbooksandbikes. More from this author →