Recent years have seen a proliferation of the “list form” in non-fiction, with notable examples from heavyweights like Maggie Nelson and David Shields. Naturally, there have been the predictable offshoots, and what often seems like a swarm of writers who have built careers on their employment of “the fragment” to convey material that could have taken a traditional narrative form. This can be gimmicky. But unconventional forms like the list or fragment, when paired with appropriate content— content that wants to be listed, fragmented, and assembled, collage-like, into a linguistic pastiche—can affect a transcendent reading experience, one that is intellectual, emotional, physical, spiritual. Elizabeth Hall’s I Have Devoted My Life to the Clitoris fits in this category, not only because Hall’s writing and research are appropriately specific, tactile, and spare, but because the subject matter, the organ of interest, is itself an agent of transcendence.

Hall begins with a quote from Historian Thomas Laqueur: “More words have been shed, I suspect, about the clitoris than about any other organ, or at least any organ its size.”

“Any organ its size,” Hall rebuts, arguing that the physical smallness of the clit—which she equates to the size of a “stingless honeybee, pomegranate seed, pinkie finger, single English pea”—belies its enormity as an archetype and an agent of pleasure. “Suppose I were to say I wanted to chart this pleasure,” she writes, “grab hold of its hemline and follow it slack-jawed, not to better understand it, but to linger, a little longer, within it.”

The luxury of lingering in pleasure is what Hall’s book gives its readers, not only because the subject is at once sexy and scientifically compelling, but because it is rendered with graceful care, delivering in small bites an investigation of the clit that is simultaneously a meditation on the myriad ways in which smallness hides power.

As a writer and researcher, Hall is acutely aware of this power and accordingly reverent. Nary a dry passage can be found in her text. Ancient anatomists and Italian obstetricians join familiar sexologists, artists and scholars like Kinsey, Freud, Millet and Wilke as characters, reflecting the orgasmic phases of the clit itself. 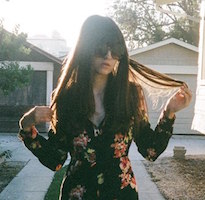 The result is ecriture feminine, redux and reloaded. And it is timely. Hall’s book is born into a culture unaccustomed to explorations of female pleasure. Although Hall is clearly not in the business of hierarchizing or judging (all performances, experiences, expressions, of sexuality, be they pornographic, scholarly, or somewhere in between, are welcome in her world), she does end her book seemingly aware of its political power, a power stemming not only from its fascination with a previously under-studied topic, but from her own experience of sexuality.

In I Have Devoted My Life to the Clitoris, the history of the clit is also a history of Hall’s development as a woman and a writer, and it is satisfying to experience her transition in the text from disembodied narrator to embodied character. Hall learns alongside her reader. Despite her penchant for classifications, taxonomies and lists, with the book’s end she arrives at an unfettered conclusion:

The lesson of the clit differs person to person. Some learn that the asshole is as ripe a source of bliss as the clit. Others, the importance of intuition, of listening to their body, to what they alone can verify as a fact, if not a truth. For me, the lesson of the clitoris remains: how can I understand what happens to me if I do not say it?

Here Hall poses a question pivotal to the female experience: Who will account for your pleasure if not you, yourself? The takeaway doesn’t only have to do with the power of the clitoris, but with the power of pleasure itself, stated unapologetically, to all the world.

Allie Rowbottom is the author of Jell-O Girls, a New York Times Editor’s Choice selection. Her essays and short fiction can be found in Vanity Fair, Salon, Best American Essays, Literary Hub, New York Tyrant, No Tokens, and elsewhere. She holds a PhD from the University of Houston and an MFA from CalArts and lives in LA, where she is at work on a novel about plastic surgery and Instagram. More from this author →