This task was made harder by the fact that I was standing on only my left foot. My right foot was folded up behind me. I was permitted to hold onto it with the hand not engaged in drawing. Shoelaces bit into my palm. My school skirt, a bulky green kilt, didn’t make the task easier. The line wobbled as I swayed to the left. The pen was running out and the line was pale and ugly.

Okay, now the other foot, the voice came from the back of the classroom. In my memory, the Learning Support room is always shadowy. Outside, other girls are forever laughing as they amble past. Inside the room, it was just me and this woman—let’s call her Mrs. D. She was frumpy, with sandy hair cut short like a little girl’s. At thirteen, I was convinced that she was an idiot. Then again, I was convinced that most people were idiots. I was, after all, thirteen.

The task felt like an absurd form of bullying. It wasn’t helped that as I stood on one foot, she was all the way at the other end of the classroom, leaning back in a black ergonomic chair. I switched to the other foot. Standing on the right foot was harder. I’m left handed and left footed. Twenty times again, she said. At the end of the session, she told me I should practice in the evenings. If traced infinity on the air, I might get better. I might be fixed.

How did I end up in that room? My all-girls school insisted upon fountain pens, which I suppose they thought were refined. But no pen could make my exercise book look lady-like. My schoolwork was an indigo scrawl which neither I nor my English teachers could untangle. My parents had the time, money, and energy to seek another solution. An Educational Psychologist came to the school to evaluate me. After hours of arranging wooden blocks, spitting back math questions, vocabulary quizzes, and being asked to spot the difference, I received a diagnosis.

Both words are built from Greek. Dyspraxia means bad action. Dyslexia means bad speech. I didn’t care if my actions were bad. I was certain that my words weren’t. My biggest treat was to be taken to the bookstore and my biggest punishment was to have my books taken away. There was no way I could be dyslexic.

The Educational Psychologist sighed. She signed me up for Learning Support anyway. Learning Support meant being in that room with Mrs. D. The tasks Mrs. D gave me never had any explanation. I’m still not sure what infinity was supposed to address—dyslexia, dyspraxia? Was it just there to humble me?

I fought back, and argued that I didn’t need to be there. I tried to prove I wasn’t dyslexic. She’d give me writing assignments and I’d fill them with the longest words I knew. At thirteen, I was a word collector. My favorites: opalescent and oxymoron. The first made me think of the ring that flashed red and blue and green on my mother’s hand and of oil sluiced across a roadside puddle. The second describes the combining of two seemingly contradictory things. A common example is an open secret. A dyslexic writer works just as well. I told my parents that when I grew up, I’d never write another essay.

No matter how upset I got, Mrs. D insisted that she knew best. Her sons were dyslexic, had gone to university, and were successful adults. If I followed her method, I, too, might succeed.

In the end, it was my father’s old laptop that saved my English grade. I could type three words before any of them appeared on the hulking machine’s screen. But it helped. I struggled less with typed words than handwritten ones. Ticks, or as Americans call them check marks, slowly began to appear on my essays.

One day we were set a short story. I wrote and edited and wrote again. My English teacher said it made her cry. Double ticks, a wreathed the margins. In the hours spent trying to catch the meaning on each page, I’d learned about rhythm, pace, and vocabulary choice. But she added at the end: Please work on your spelling. Why have commas been blown pell-mell across the page?

I went away to university and the dyslexia packed its bags and moved to New York with me.

Now there was no one to kick against, I had to admit it: I read weirdly. Words slipped from sentences. Rereading a favorite story, I came across a whole scene I’d missed. Slowly, I began to understand that the Educational Psychologist was right. Was this why the actions of people in novels often seemed so arbitrary? I’d assumed it was because the actions of people in life felt pretty arbitrary. Mrs. D couldn’t fix me, but I thought perhaps I could fix myself.

I held on to Nabokov’s famous aphorism—there is no reading, only rereading. He argued our first reading is consumed by the physical practice of moving our eyes and only by rereading can we truly appreciate the work. I reread and reread and watching the details pile up.

The university literary magazine took me on as an editor. Every week, we met around a long polished table to vote on submissions. The chairs were bulky, orange wood and created a distance between us. To make ourselves heard we talked loudly, vehemently, twisting our bodies to take in the whole table. One meeting, another editor held up a story, and said: “There are two typos on the front page. I just don’t feel like the writer cares.” Heads nodded. I argued that sometimes the more you edit a sentence the more stray letters find nooks to hide in. I argued hard. The piece didn’t get in.

In my dorm room that night, I couldn’t sleep. I stared at the sliver of city light that came in through the window at all hours of the day. How many emails had I sent with missing words or where a t had snuck in where an l should be? How many people thought I was sloppy? And careless?

I turned twenty and all I did was care. When alone, I read like a kindergartener—sounding out sentences and using my fingertip to follow the line. 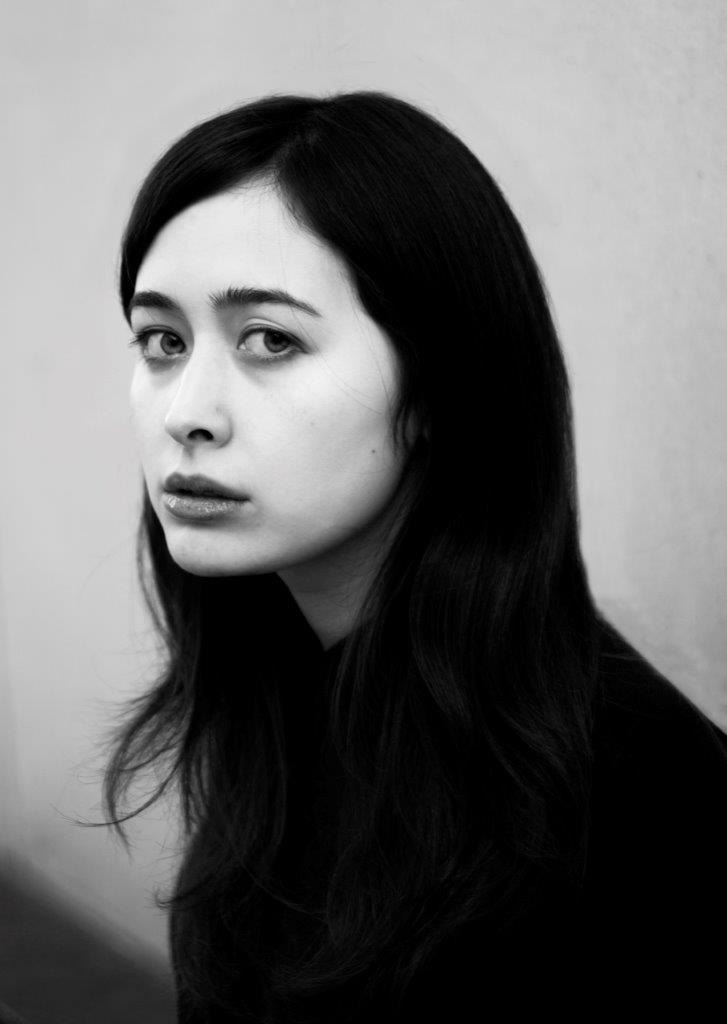 You’re thinking, here is the happy ending. She’s become the dyslexic novelist. To some extent, it is. I’ve been very, very, lucky. Different dyslexics have different needs, but in every case, it starts with someone believing in them. Dyslexic kids have just as many stories as the perfect spellers. I was very lucky to have parents with resources. I was lucky to be standing one foot in the air. I was lucky to have Mrs. D stare at me, as I fought to make infinity.

A few weeks ago, I was writing an important announcement and I posted it with crucial words missing. I knew I should’ve asked someone to proofread that announcement, but I was flushed with joy about what it conveyed. The announcement posted and I caught my error only an hour later. But people had seen it and I’d let someone down. How could I have forgotten that I couldn’t do this simple thing alone? I was off balance and humiliated. If only I’d read it one more time, if I only I’d asked someone to read it over, if only I’d drawn that damned infinity sign twenty, thirty, forty more times, would this have happened? That’s the thing about infinity, you can follow it forever. Loop, de, loop, de loop.

I don’t usually tell people I’m dyslexic. I’m an editor on two literary magazines and one anthology. I’m writing my second book. If I say I’m dyslexic, I’m scared it will sound like an excuse or a plea for sympathy. I’ve received so much help and kindness. I’ve been so lucky. So, I try to own my mistakes. But shaking in my room, over that stupid error, I started to wonder how many of the rest of you reread and reread every tweet, every Instagram comment, every email? So I looked it up. The British dyslexia association says one in ten people are dyslexic.

Becoming a dyslexic novelist may have been pigheaded. But this is the age of the writer. Twitter, Facebook, and email mean that we’re talking less and writing more. We make fun of the person whose Facebook messages are always misspelled. We assume the colleague who swapped your for you’re didn’t care about the content of their message. We snap photos of the grocery sign for ice cold bear. There are dyslexic engineers, graphic designers, waitresses, and grocery store workers. We forget about adult dyslexics, but we are here, constantly tracing our infinities, hoping to get it just right.

Rowan Hisayo Buchanan is the author of Harmless Like You. She has a BA from Columbia University, and an MFA from the University of Wisconsin-Madison. Her writing has appeared in, among other places, the Guardian, Granta, Guernica, and The Harvard Review. She received a Margins fellowship for the Asian American Writers Workshop. More from this author →