Shortly before he met me, my boyfriend was fresh out of a bad breakup. He talked about this other woman often, shared information about their sex life, and basically processed the relationship while he dated me. This went on for six-to-eight months.

I maintained medium-okay boundaries, but after a while I just got Ex Fatigue. I know so much about this woman I’ve never met. She was very present in the early months of my relationship. Now, my boyfriend is over it—and over talking about her—but I can’t seem to let it go. One mention sends me back into my old tailspin of jealousy, insecurity, and anger.

What can I do about this? And why won’t my brain shut the fuck up?

Sincerely,
Over the Obsession

Dear (Not Quite) Over the Obsession:

You’ve been doing so much work. Have you noticed that? Can we please talk about the six-to-eight months you spent helping your boyfriend get over his ex? The first time I read your message, I didn’t even blink at this number, which says a lot about the role of emotion work in our lives. It’s ubiquitous. We’re so accustomed to its demands that we don’t often stop to notice or name it, much less consider its effects.

But this kind of work matters; it matters so much that sociologists have been studying it for the past forty years. This research has been slow to make its way into mainstream culture, which is too bad. As I was reading up on emotion work, I couldn’t help but wishing someone had sat me down when I was ten or twelve years old and explained it all to me. It would’ve prepared me for the rest of my life in specific and useful ways.

Sociologist Arlie Hochschild first coined the terms “emotion work” and “emotional labor” in her 1983 book The Managed Heart. Hochschild’s idea is basically this: managing your emotions so that they meet public or private expectations of how you should feel in a particular scenario is work—real work that often takes a measurable toll on the people who perform it, work that goes unacknowledged and unpaid. Hochschild distinguishes between public work performed for an employer (emotional labor) and private work performed for friends and family (emotion work).

As I read The Managed Heart, I thought a lot about the year my parents divorced, when I was twenty-six. I spent that year making a lot of rules for myself about how I was supposed to feel. I was allowed to be angry, I thought, but only for a couple weeks. Then I could be sad, but not as sad as my parents were. It was their divorce and their sadness was more important than mine. On top of that, I had to be kind—and not just the normal amount of kindness we practiced in our family, I had to be extra kind, I decided. Because kindness is the appropriate response to the grief of the people you love.

I lived 3,000 miles away from the rest of my family, but for the first time in my life, I felt really stable. I had a good job and close friends and a loving boyfriend, so I decided that, even though they had not asked for anything from me, I would put aside my own grief, sorrow, and disappointment to help everyone else manage their grief, sorrow, and disappointment. This was an enormous amount of work.

Maybe you are thinking that I didn’t have to do all this—I didn’t. But I wanted to. I believed that I owed my time and energy to my family. I knew I was lucky to have such supremely decent people for parents and I wanted to be available to them and my sister in any way I could, regardless of how this emotion work affected me. And it did affect me.

I got sick over and over again. Bronchitis. A sinus infection. Chronic headaches. I couldn’t sleep for weeks and then I couldn’t possibly sleep enough. I avoided phone calls from the people I loved, even though I genuinely wanted to talk to them. I felt irrationally bitter sometimes—but especially when people were kind to me. Kindness felt unbearable. And getting angry about kindness felt wrong, which only made me angrier.

It was a hard year. 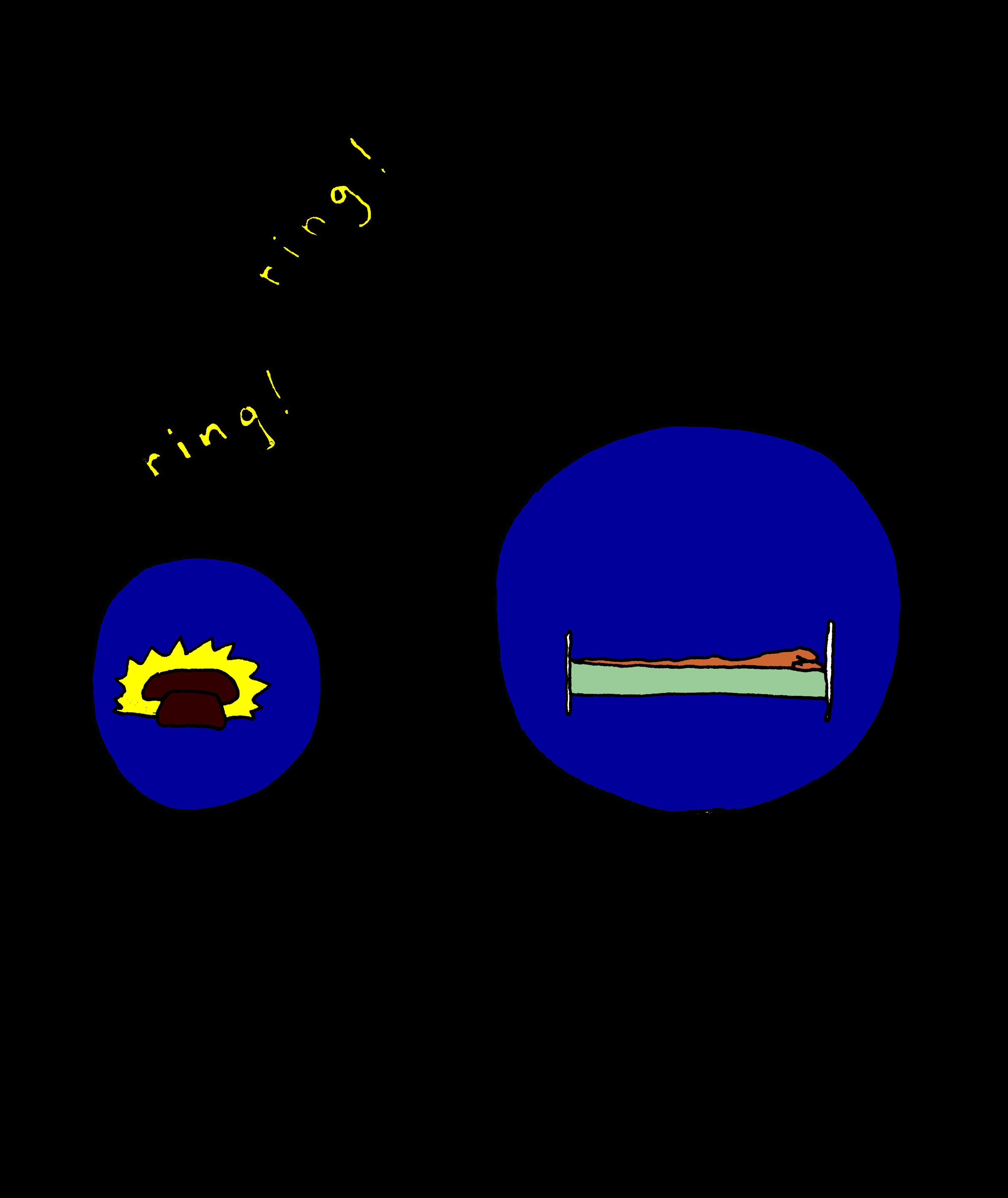 None of us were particularly good at acknowledging or expressing our own emotions that year. But the following year was just a little bit easier. The year after that was easier still. We did our best to take care of each other. Maybe, if we’d known a little more about emotion work, we would’ve done more to take care of ourselves. Maybe.

To be honest, I don’t regret pushing aside my own emotions for my family—at times it felt satisfying and purposeful. And I’m grateful for the work they did—and continue to do—for me. I don’t think you were wrong to help your boyfriend with his breakup. I understand that sometimes love looks like work. But what I wish I had known then—and what I want you to know now—is that emotion work is real work, and it’s hard, and it wears us down over time.

You don’t say much in your letter about your feelings while your boyfriend was processing his last relationship, except to refer to your “old tailspin of jealousy, insecurity, and anger.” I tend to think the words we use matter, and an airplane corkscrewing toward the earth doesn’t quite evoke “medium okay” boundaries. What it evokes is a desperate attempt at control, which I think pretty clearly qualifies as emotion work.

You might be interested to know that a meta study of all the research on emotional labor found that it has real consequences, including exhaustion, burnout, negative emotions, and a lack of personal accomplishment. These effects arise from the dissonance between how one is supposed to feel (for example, sympathy for someone who is recovering from a difficult break up) and the emotions one actually feels (perhaps frustration, anger, or even neglect). Hochschild writes, “emotion functions as a messenger from the self.” When we avoid or deny these messages, things tailspin.

Emotion work is highly gendered. Women do more of it and men typically benefit more than women do from the emotion work of others. A 2010 study found that even in progressive relationships (researchers focused specifically on women married to trans men—and most of the participants identified as feminist) women do the bulk of the emotion work. Several women reported neglecting their own health or personal aspirations to help their partner with his.

In contrast, relationship satisfaction is highest when partners feel a balance of emotion work.

Which brings us back to you. Now your boyfriend is happy in his relationship with you, and he has worked through whatever he needed to work through. I’m guessing that this is exactly what you wanted—it’s why you put in all that work in the first place. But you’re still jealous and angry. You have the thing you wanted and you don’t feel better.

Maybe it seems a little calculating to weigh what you put into your relationship versus what you get out of it, but I’d encourage you to consider that this imbalance—the six-to-eight months you spent mustering sympathy, attempting to maintain boundaries, and moderating your own jealousy and insecurity—is the source of your anger. And maybe it feels wrong to be angry about doing something generous for someone you love, but it’s worth knowing that your response is normal. All of your feelings about this situation are normal. Predictable, even. Letting go of what Hochschild calls “feeling rules”—ideas about how you’re supposed to feel in this situation—is a good place to start.

Be angry. Be jealous. Be insecure. Instead of telling your brain to shut up, listen. Listen to what it’s telling you. You deserve to hear your own feelings. This is a kindness you can offer yourself. You can—and you should—give yourself the patience and generosity you gave your boyfriend. And your boyfriend, by the way, is not off the hook here either. It’s his turn to show up, to listen, to suspend his own judgment or frustration. 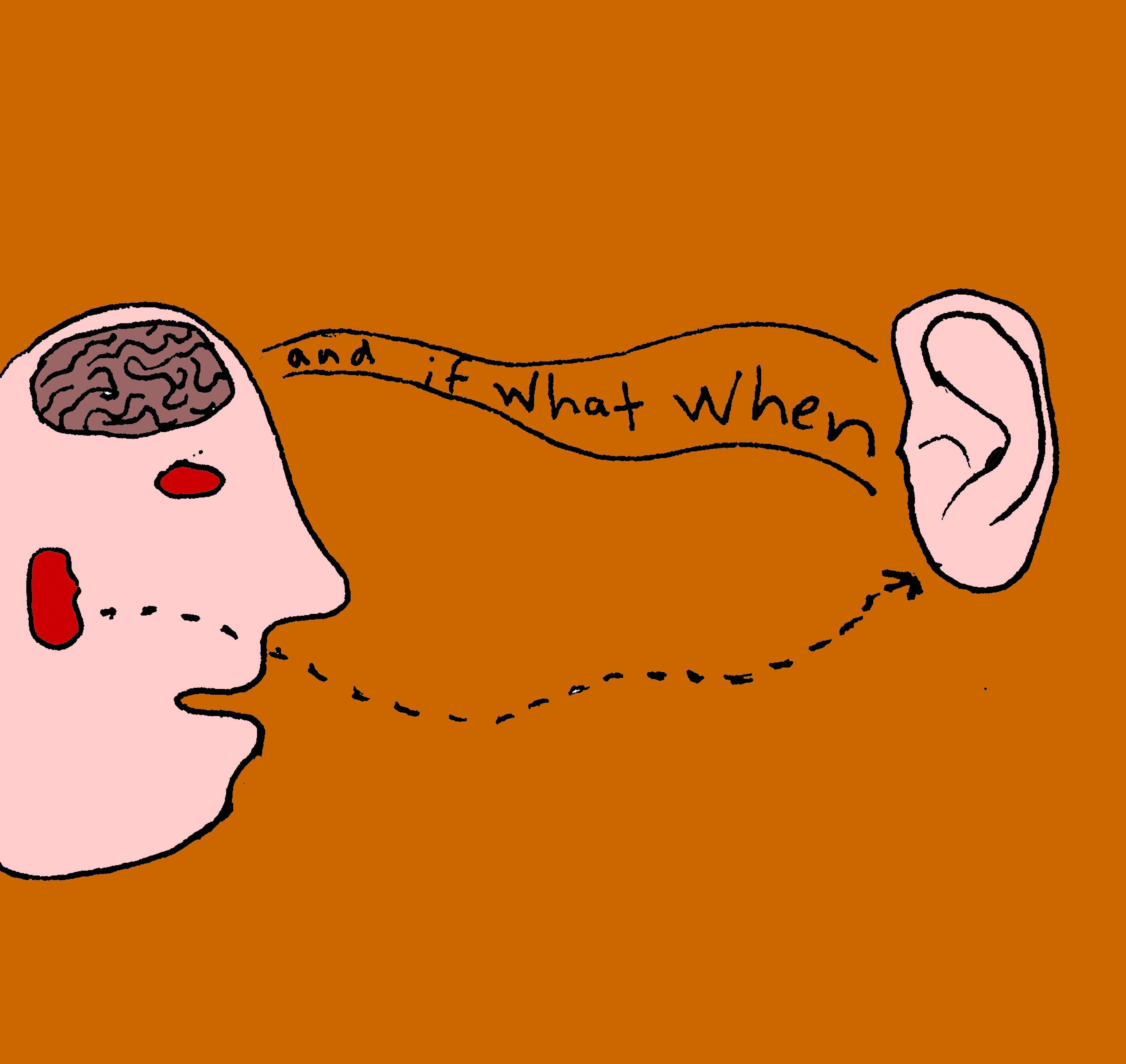 Sometimes my partner and I will talk about our feelings. And that’s exactly what we call it. It started out ironically, the joke being that talking about feelings is a very uncool thing to do, so uncool that no one would ever explicitly ask to do it. One of us would say, “Should we talk about our feelings?” and the other would laugh, and then we would try it. At first it was awkward, but the joke gave us a way into conversations we needed to have. And now, a couple years into our relationship, we’ve gotten a lot better at it.

I’ve learned that my partner can’t control or fix my feelings. But he can help point out the times when I’m stuck on how I should feel instead of how I actually feel. And he can listen. I think about 80% of my emotional frustration can be resolved by feeling heard. I hate even writing that sentence out but it’s true: sometimes I just want to be heard.

I’ve also learned that not everyone can hear my feelings. Sometimes my feelings are in deep conflict with other people’s feeling rules. And I can say how I feel again and again but they just can’t hear me. To them, what I’m feeling is the wrong feeling. Talking about feelings with people who can’t hear them—or who insist that they’re wrong—is exhausting and demoralizing. It will only make you feel worse. So if your boyfriend can’t hear you, you might want to consider why. And then you might want to consider if you’re okay with being in a relationship where you can’t be heard. I was in one of those once and I don’t recommend it.

Sex researcher Emily Nagoski says that “feelings are like tunnels; you have to go all the way through them.” I like this idea. I tend to conceptualize my (negative) feelings as a room that I’m stuck in as I desperately grope for a door. You see yours as a tailspin. But maybe you and I can make this conceptual shift—maybe our feelings are a cool, dark place we have to walk through. Maybe we can’t see the end, but we can keep walking.