For generations of women, Lucy Maud Montgomery’s fictional Anne Shirley has been a defining prototype of resilient girlhood. Her red hair, incorrigible imagination, and unflagging spirit were and are an inspiration for every girl who has ever been told she talks too much and too loud. She didn’t moon around for Gilbert Blythe (even while the rest of us did and still do). She showed those adults a thing or two. And sure, she sold out a little to the family life, but at least she married the right man, unlike that other heroine, Jo March.

Today, Netflix launches their new series Anne with an E, an Anne Shirley remake for all of us who still fancy ourselves an Anne. But just in case that’s not enough Anne for you, here’s a list of books for times when you need a strong female protagonist (like every day right now in America). Every female character in Lidia Yuknavitch’s The Book of Joan. Yeong-hye in Han Kang’s The Vegetarian. Sarah Hepola in her memoir Blackout. 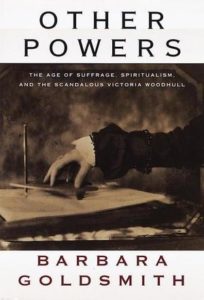 Beryl Markham and incredible pioneering woman in her memoir West with the Night. Johanna Morrigan in Caitlin Moran’s How to Build a Girl. Grace and Saina from Jade Chang’s The Wangs vs. the World. Also, anything by Octavia Butler. Seriously, anything. Just pick a book.