Yesterday morning, James Comey gave his testimony to the Senate Intelligence Committee, accusing the White House of “lies, plain and simple.” And that’s probably true, but since we don’t really know what, if anything, will come of this investigation, let’s turn our thoughts away from the Oval Office and toward the many, many women and men who work under this administration in offices in Washington, DC and across the country. Comey himself asked Attorney General Jeff Sessions not to leave him alone again with the president—if you’ve never had a boss that engenders that kind of fear-slash-repulsion (not to mention one who’s likely to live-tweet your every failure, from spilling coffee on your keyboard to wearing the wrong pair of shoes), count yourself among the lucky few.

In honor of the World’s Worst Boss, we’ve put together a list of books with bad bosses and workplace drama for you to read while we wait to see if we can get that orange guy fired.

Bartleby, the Scrivener by Herman Melville
Set in the mid-19th century on New York City’s Wall Street, where one young man caught up in the rat race of commerce finally (and famously) says, “I would prefer not to.” Cubed: The Secret History of the Workplace by Nikil Saval
Nikil Saval chronicles the evolution of the office in a fascinating, often funny, and sometimes disturbing anatomy of the white-collar world and how it came to be the way it is. Kevin Kramer Starts on Monday by Debbie Graber
These satirical short tell the tales of souls adrift in a corporate netherworld. The collection details the delusions the characters wear as comfortably as their khakis and no-iron button downs to skewer corporate culture and more generally, the lies we tell ourselves as humans to persevere. The Assistants by Camille Perri
A wry and astute debut about a young Manhattanite whose embezzlement scam turns her into an unlikely advocate for the leagues of overeducated and underpaid assistants across the city. The Circle by Dave Eggers
What begins as the captivating story of one woman’s ambition and idealism soon becomes a heart-racing novel of suspense, raising questions about memory, history, privacy, democracy, and the limits of human knowledge. Company by Max Barry
A book that asks the important questions: When is physical violence an appropriate response to management policy? Why is that one reserved parking space always empty? Taking an extra donut from the team’s basket: is that a sign of a motivated go-getter, or a sociopath? And this sea of incompetence and insanity they call a workplace: it can’t really be that way by accident, can it? The Hotel New Hampshire by John Irving
“The first of my father’s illusions was that bears could survive the life lived by human beings, and the second was that human beings could survive a life led in hotels.” A look at the unusual difficulties in a family-run workplace. The Door by Magda Szabó
A stylishly told tale which recounts a strange relationship built up over twenty years between a writer and her housekeeper. The Godfather by Mario Puzo
The seduction of power, the pitfalls of greed, and the allegiance to family—and a few big, bad bosses. 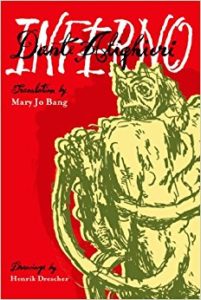 The Pale King by David Foster Wallace
The agents at the IRS Regional Examination Center in Peoria, Illinois, appear ordinary enough to newly arrived trainee David Foster Wallace. But as he immerses himself in a routine so tedious and repetitive that new employees receive boredom-survival training, he learns of the extraordinary variety of personalities drawn to this strange calling. And he has arrived at a moment when forces within the IRS are plotting to eliminate even what little humanity and dignity the work still has. Transmission by Hari Kunzru
Lonely and naïve, Arjun spends his days as a lowly assistant virus-tester, pining away for his free-spirited colleague Christine. Arjun gets laid off like so many of his Silicon Valley peers, and in an act of desperation to keep his job, he releases a mischievous but destructive virus around the globe that has major unintended consequences. The Beautiful Bureaucrat by Helen Phillips
In a windowless building in a remote part of town, the newly employed Josephine inputs an endless string of numbers into something known only as “The Database.” After a long period of joblessness, she’s not inclined to question her fortune, but as the days inch by and the files stack up, Josephine begins to feel increasingly anxious in her surroundings. A Confederacy of Dunces by John Kennedy Toole
Meet Ignatius J. Reilly, a thirty-year-old medievalist who lives at home with his mother. One thing leads to another, and before he knows it, Ignatius is out pounding the pavement in search of a job.