Hey there, it’s me, the dead girl from your favorite prestige television show. It’s probably a shock to hear from me, given that I am a mangled corpse riddled with my killer’s semen and DNA fibers, but don’t worry! I’m not here to haunt you or compel you to avenge my death-by-strangulation (I was, of course, erotically asphyxiated). I just want to share a little bit about myself—because despite the fact that my horrific death is the point of the show you’re enjoying, you’ve never actually heard my voice.

I am always from a small town.
My town is called Baxter or Franklin, and there hasn’t been a single crime here for over a hundred years! Therefore, my death is a metaphor for the economic anxieties of crumbling small-town America. Someone will probably say, “This town ain’t what it used to be.” A curfew will be mandated as a way to control the youth and other women. There will not be a single black person onscreen for the entire series run.

I am either a prostitute or a cheerleader, or a prostitute who used to be a cheerleader.
You will find me in one of two places: in a dumpster behind a 7-11 or deep in the woods not far from the high school (which should give the audience an indication of whether I am a prostitute or a cheerleader). By the time you find me, my skirt will be missing along with my panties and, inexplicably, my socks. You won’t see my clothing removal because that would be inappropriate. Everyone will agree that my abrupt death was a tragedy but will secretly believe I got what was coming to me. 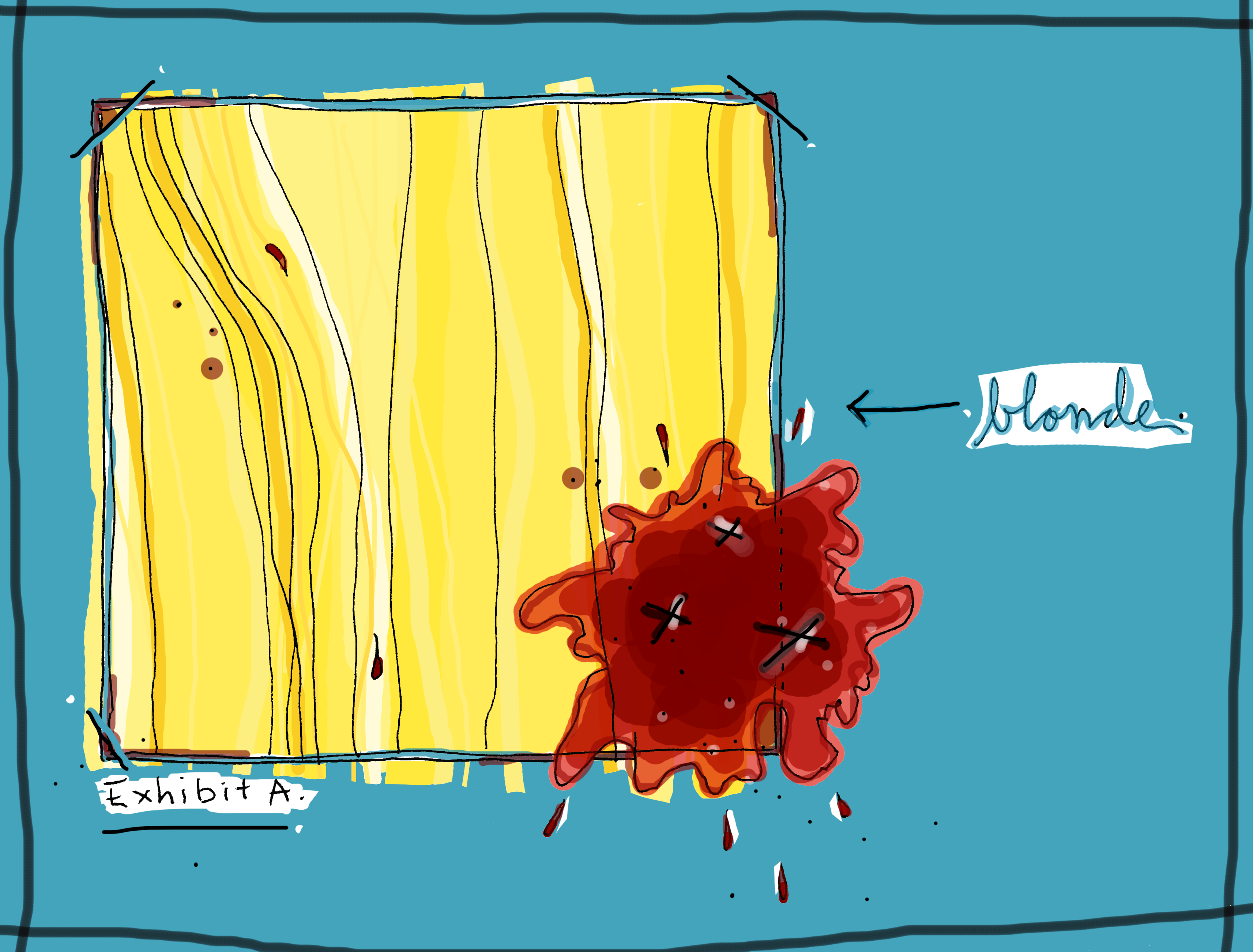 I was leading a double life.
Halfway through the first season, we will discover a shocking fact about me that will change everything you thought you knew about the crime. Maybe I was part of a Russian sleeper cell or was a bartender or was sleeping with a state senator. Or—and strap in because this one is a doozy—I was pregnant! With twins! And addicted to black-tar heroin!

I was for sure raped.
This almost goes without saying. Graphic details of my horrifying rape or gang rape will be discussed loudly in almost every scene. Tune in after The Voice, Wednesdays at 8/7 Central!!

I am found by a jogger and her dog.
My body will be found during an extended cold open in a shallow grave near a hiking trail by a horrified jogger at, like, 7a.m. We will not revisit this jogger and her trauma.

My mom will offer the detectives coffee or tea and then burst into tears.
When local police from the nearby precinct interview my mom at our modest suburban home, she will be crying and serving them hot beverages. She will call me “her baby” and then disappear from the story altogether. Some illiterate beat cop will theorize my mom had something to do with my murder, but that’s a nonsensical red herring, and fuck you, Tony, for suggesting it.

I serve as a proxy for the grizzled male antihero’s dead mother/girlfriend/wife/sister/daughter/twin.
My deadness is mostly a plot device for the masculine lead detective named Thad or Frank to work out his complicated feelings over the death of his dear female family member, Rachel or Sarah. Occasionally we will get sepia-toned flashbacks to their blissful life together. Finding my killer will act as catharsis for Frank’s emotional turmoil, which is buried deep beneath his alcoholism and leather jackets. It’s a good thing I stirred him into action because he thought he was getting too old for this, goddammit.

Finding my killer will involve going to a strip club.
Thad and Tony will end up at a seedy strip club on the bad side of town, and a lengthy chunk of time will be spent gathering exposition while a woman gyrates into Thad’s stone cold face. Thad will not be aroused because he is too good for that. Tony will take it a step too far. 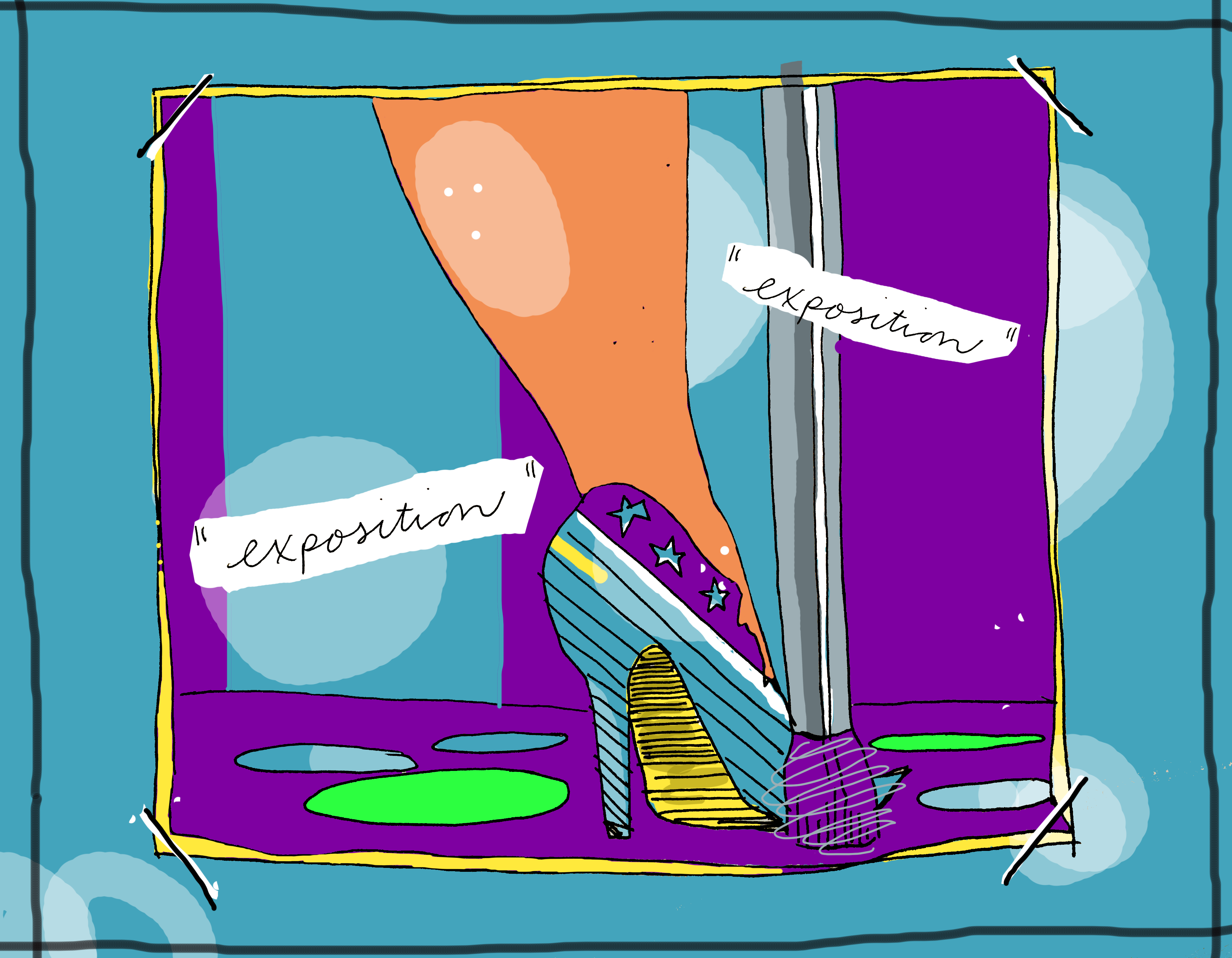 The masculine lead detective will end up sleeping with his female co-detective.
The A-story of avenging my death will inevitably coincide with a B-story romance between the antihero and his saucy female coworker. She is not afraid to speak her mind and sass Thad (or Frank?) every now and again, and we learn absolutely nothing about her except that she really knows how to wear a pair of jeans and a bullet-proof vest. She will for sure be held at gun-point during the climax of the series-long arc, and our hero will undoubtedly rescue her, and they will definitely get to second base in the abandoned warehouse/underground hovel/sinister mansion.

My dad, the mayor, probably killed me.
Your Reddit fan theories are very creative and more interesting than the actual conclusion, which is that my dad, played by the inimitable Victor Garber, 100% killed me. He cries a little too much, and he has a goatee, inexplicably.

Charulata Sinha is a writer based in New York City. She has worked with WNYC, VICE, and Public Radio International. More from this author →