For the last few weeks I have become obsessed with what my coworker has for lunch. He sits kitty corner to me. Our faces are separated from view by a filing system that sits above our computer monitors. It’s a big office, I’m new, and I definitely don’t know his name—or even his face. I can only see his hands and keyboard and his choice of lunch. As such, between the hours of noon and 1 p.m. he becomes my point of entertainment and envy. As he gently unfolds his jacket from the back of his desk chair and pats his wallet in his pocket, I swell with suspense. What will he come back with today? I dig the granola bar/string cheese/yogurt cup I grabbed that morning from the bottom of my purse and await his return.

I have never in my life witnessed someone eat so well every day. On Wednesday he brought in half of a frozen pizza and actually heated it up in the communal oven. Thursday’s meal was a large cup of meaty chili sprinkled with thick American cheese shreds, and accompanied by half a baguette and a cup of freshly squeezed orange juice. To end the week, he brought in a sandwich that extended well past his computer monitor with absolutely no sign of saving half for later. There have been baskets of fried chicken with gobs of ketchup and mayonnaise, and even a massive slice of three layer chocolate cake from the bakery down the street. This isn’t a special occasion thing; there are no breaks in this routine. This is just this guy’s thing. He loves lunch and the unspoken rules of the office sure as fuck don’t bother him! 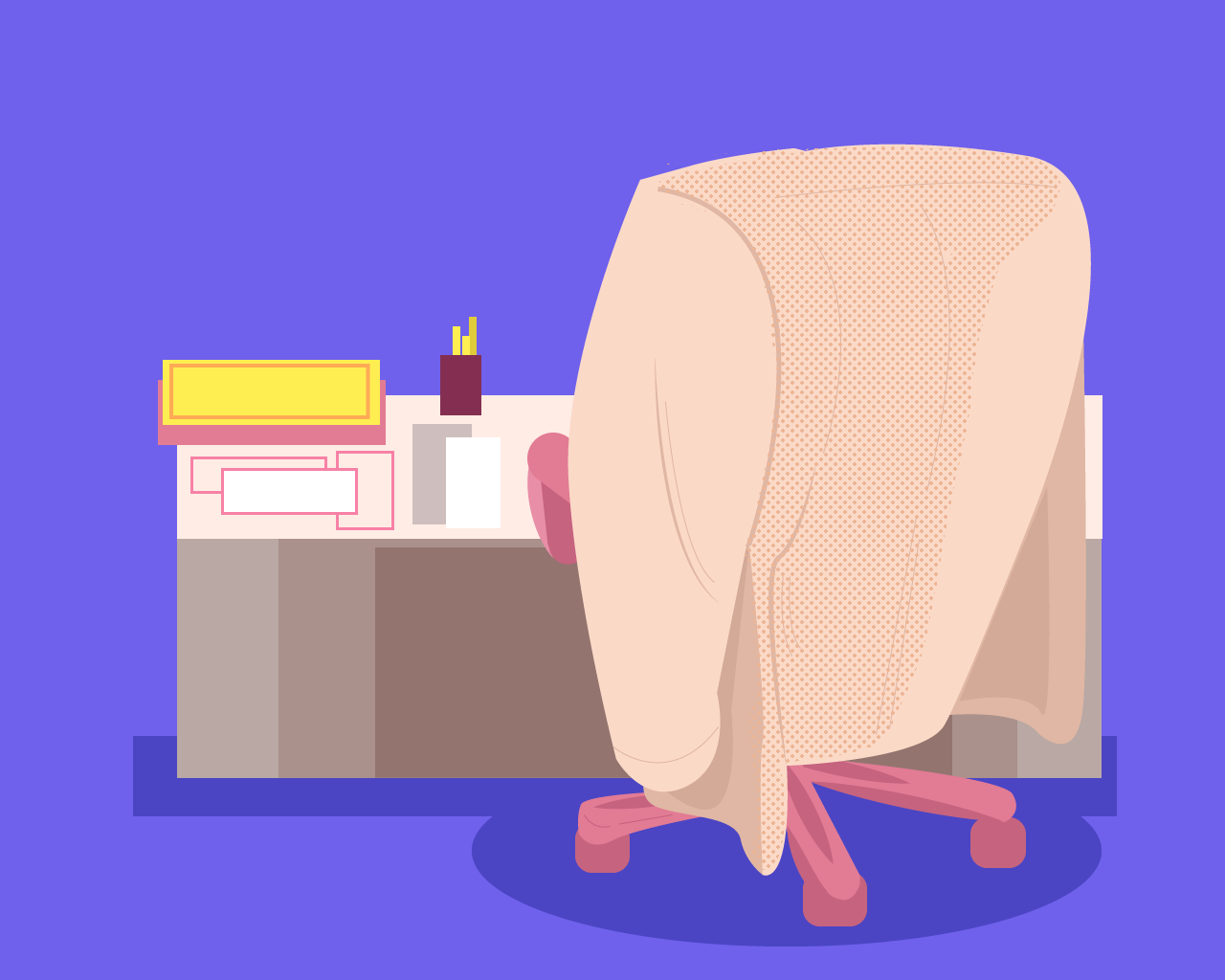 I envy him and not just for his obvious tolerance for dairy and meat. My coworker’s lunch routine goes against everything I have ever known about existing as a woman in corporate office culture. As women everything we do is scrutinized, especially in the workplace. It takes so much extra work just to get through the door; I don’t need a plate of charcuterie to come in and mess things up for me.

In the workplace, studies show that men feel qualified for a job if they meet at least sixty percent of the qualifications specified in an ad. For women, it’s one-hundred percent. We worked harder to roll our desk chairs up to the table, and it feels like at any second someone might yank mine out from under me. Break room donuts be damned.

It takes a certain commitment to personal joy, and an unwavering confidence not so easily awarded to working women, to eat like my coworker in a stuffy office environment where dozens of your peers and bosses can see you. Every time he chomps into a barbecue bacon cheeseburger it feels like a middle finger to the man. As I sip on my third coffee to distract myself from hunger pangs, I dream of what it would be like to do the same. What if I could give myself permission to go across the street and order a turkey club with sweet potato fries and abandon the stacks of papers on my desk for thirty minutes, wiping salt and smears of mayo onto my ribbed tights? I know how slobbish and slacking that would look. I have a thing about eating in front of people. When I was in high school Seventeen magazine was my bible and I followed its teachings like a devout disciple. Long before I was going on dates, I remember reading an article in Seventeen about what was acceptable for girls to order at a restaurant when accompanied by a date. It broke down how going for a cheeseburger gave off the impression of being a slob, a salad was too prissy, and vegetable pasta meant you were going to do some light over-the-shirt touching later that night. That article taught me that as a woman, my food choices sent a message, and therefore they had to be chosen carefully. Knowing that anyone could be watching while I ate and making assumptions left me absolutely paralyzed in my high school’s cafeteria. And so I starved myself over and over again, all the while insisting I wasn’t hungry, along with my girlfriends. We got our trays and offered them to the growing boys in our group. I would fight my afternoon headaches by reminding myself that come 4 p.m. I would be alone in front of a fully stocked pantry with a bowl of Reese’s Puffs cereal and two fistfuls of Doritos.

The summer before I graduated college, I took an internship in the communications department of a law firm. I had worked in offices before, but this was the first time I worked in a real big-deal kind of office, one where I couldn’t get away with wearing jeans that kind of sort of looked like dress pants. The women in the department were intelligent, educated, and confident. Once when a male higher up told my boss she shouldn’t wear heels to meetings anymore because they made her taller than him, she told him he could either grow or grow up. But lunchtime was a different story. Food was the one area, where no one was empowered. There was chaotic talk about who was doing what diet, and who wasn’t eating sugar this week, and do we have time for lunch anyway? My cubicle mate once ordered a piece of cheesecake with her meal, took a single bite and then paraded it down the hall telling everyone she had ordered it for just the single bite and it was up for grabs. A display in feminine restraint and denial, she tested us to see who was weak enough to take her bait. And like good girls we waved her along all the way to the trash. 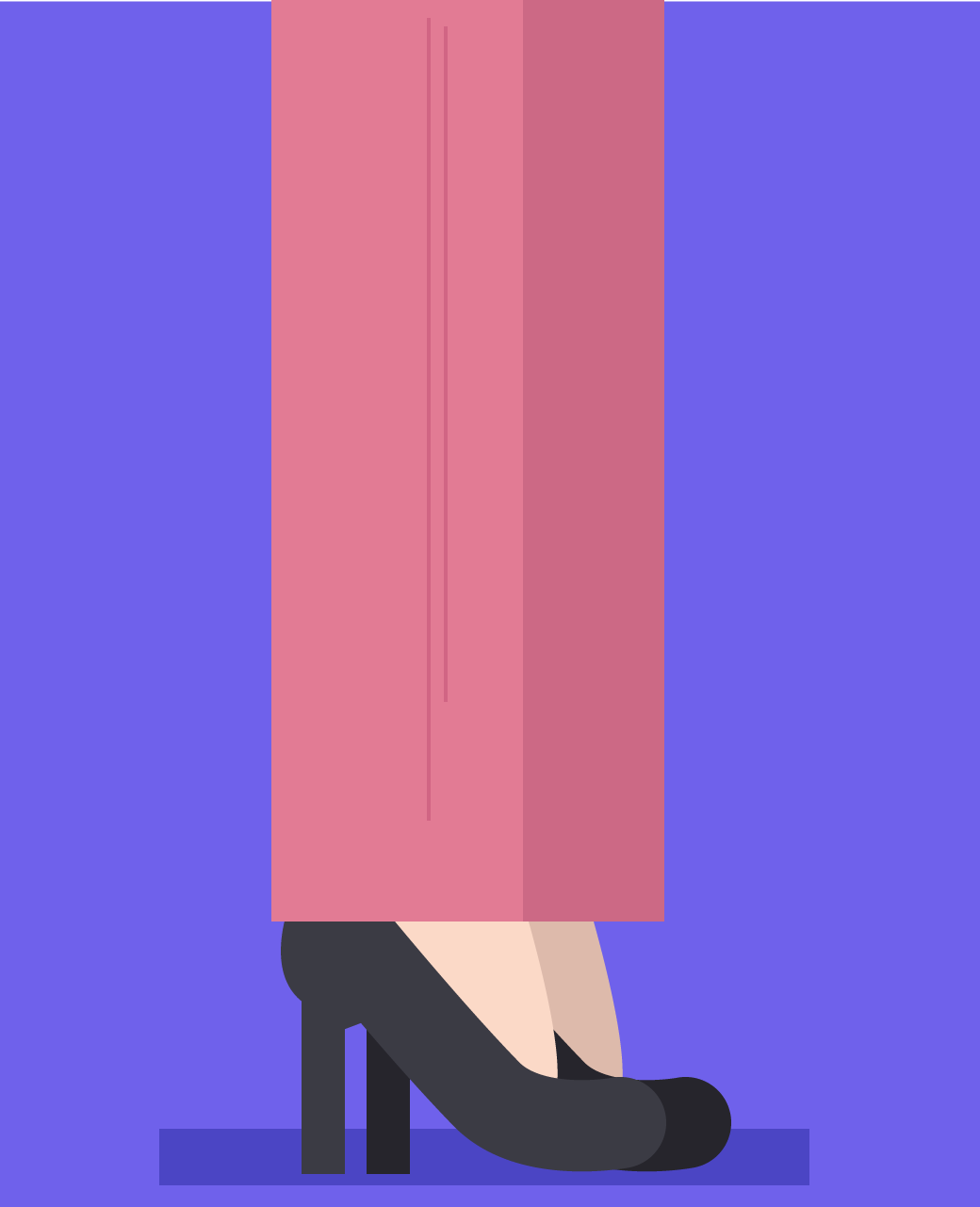 I want to stop living in this joyless place of refusal. I want joy. When everyday feels like an abhorrent attack on our democracy, and the news is thick with death and assault, personal joy seems like a weird thing to be thinking about. But I want it. I want to enjoy something so thoroughly, like my coworker using his fingers to dig guac out of a burrito bowl. Joy is an act of resistance. Indulging in happiness is a form of protest. Eating is an act of defiance. My coworker’s lunches are nothing if not indulgent. I can’t see his face, but I imagine him beaming with every forkful, untouched by the restraints of corporate culture, expectation, or clogged arteries.

Being a woman feels like a test in denial. How much can you live without? Can you make due without access to healthcare, or bodily autonomy? Can you watch your coworker chow down on a hoagie, and survive on another walk around your cube and a couple licks of chapstick? I am sick of wanting and not taking. Yet, they haven’t taken away frozen pizzas, Cool Ranch Doritos, grilled cheese made with those slices that are like one ingredient away from plastic. They haven’t taken away sandwiches longer than my face, at least not yet. Maybe plopping down in the company kitchen with a massive burrito won’t solve our country’s crises. But in these crummy times I want to be better to myself and to throw away these things I have been taught about existing as female. There are too many rules, and I am too hungry for something else.

McKenzie Schwark is a freelance writer and editor whose work focuses on feminism and women's issues. Her writing is published or forthcoming in BUST, Bustle, bitch media, Storm Cellar, Cherry Bombe and Honeysuckle Magazine. She is the associate editor of Honeysuckle Girl, a magazine aimed at inspiring and empowering young girls through storytelling. Find her writing and contact info at www.mckenzieschwark.com or @schwarkattack. More from this author →