One of my favorite little toys was a quirky little die-cast car: The 007 Aston Martin, Goldfinger edition. I think it first came out in ‘65. I got mine between second and third grade when we went to London to visit my Aunt Mickey.

Back then, a kid from Denver going to London was a big thing. They had this huge toy store called Hamleys, which had this big display of spy toys. There was a suitcase full of spy gear, and a trench coat, and a camera where if you pressed a button it would turn into a gun. And right in the middle of the display was a car—but it wasn’t just a car.

If you pressed a little button, guns would come out of the side, and the window had a bulletproof shield. The best part was that the roof would open up, and there were two little men inside… One was James Bond and the other was the bad guy, who was in the ejector seat, where he could be thrown out of the roof. That just freaked my shit out! Back then I didn’t want to be a rock star. I wanted to be an international spy girl. I wasn’t into girl stuff, but I loved James Bond! I would wear black leotards and turtlenecks, and that would be my spy outfit, sort of like “spy Beatnik”—either that or German electronic music—and I loved dressing up and playing with that car. I remember ejecting the bad guy so many times, and then looking all over for him, which was kind of a spy thing to do. I think probably everyone who had that car lost the bad guy at some point. He was always hiding in someone’s shag carpet. Whenever I lost mine, I fantasized that a real spy would help me find him.

I was an odd little kid and both my parents worked, so I spent a lot of time by myself. At night my dad would read books like Sherlock Holmes to me in bed. And of course I had Harriet the Spy. There was just something I loved about secrets and mysteries. I always felt like there were things going on around me that everyone knew except for me, and I found out later as an adult that was true!

I’ve never said this out loud before… but growing up my mother would always be going to the European health spa, three or four days a week, to go swimming. And one day I remember looking in her bag and wondering why her swimsuit wasn’t wet. I always felt like there was something going on, but I only found out a couple of years ago that my mother had in fact been leading a double life—she’d been having an affair for years!

When I went to college my mother gave away a lot of my toys—she wasn’t very sentimental about things and at that age neither was I. Today I feel a little sad in a way that I don’t have my childhood mementos, but when I think about nostalgia I don’t just think about the past in terms of, Ah, how sweet, how wonderful.

I also think about different choices I could have made in my life, and dwell on things that can’t be changed. If you look at the etymology of the word “nostalgia,” it actually came from a Swiss doctor in the 1700s to describe an infirmity that soldiers suffered because they intensely missed their homes and the sound of cowbells, etc.

In the last couple of years I’ve noticed myself getting out my old vinyl records. There’s a comfort and joy and a truth in the theory that you can never get over the music you heard from, say, age seven through sixteen—and why should you even try?

But at the same time, I don’t want to be like my grandparents who just listened to Lawrence Welk on Sundays. If you want to keep moving forward with your life, you can’t be a Rip Van Winkle.

I was thinking about this a lot as I was working on the video for a song from my new album. It’s called “Island of Lost Things.”

This brings me back to my favorite spy car…

One day by chance I met Malcolm Nance at a party, and we talked and talked. He’s known as an intelligence and security policy expert, but he was once also a spy! I told him about how I wanted to be a spy as a kid. I also mentioned the car, and he told me it was his favorite car, too. We kept in touch, and one day he sent it to me! 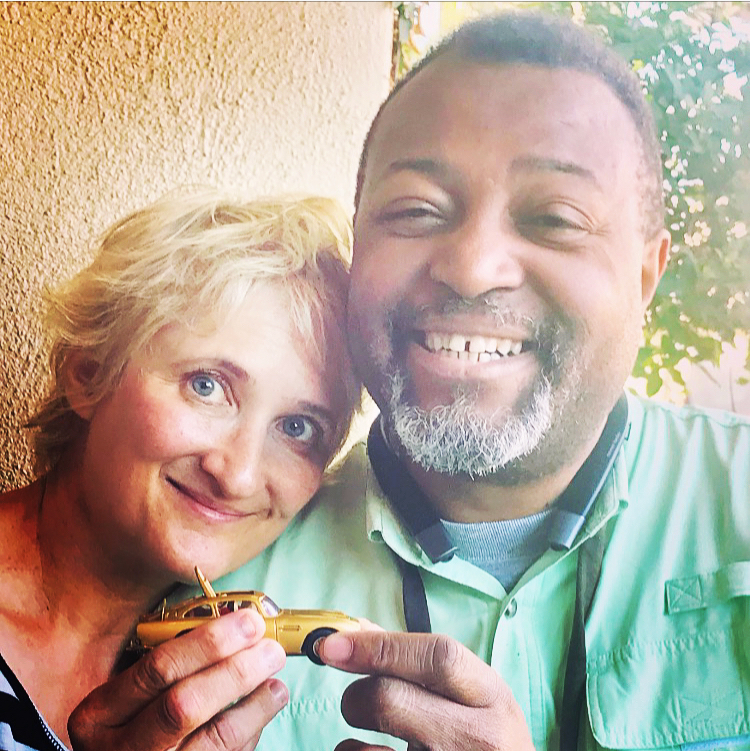 It’s not the same car as the one I lost, but this one is connected to the memories we shared, and to a new memory that we’ve made together.

Jill Sobule often uses her own experiences as the basis for her music, exploring issues including LGBTQ rights, teen mental health, and our unhealthy obsession with staying forever young. She rose to prominence in 1995 with “I Kissed a Girl,” the first song about same-sex romance to crack the Billboard Top 20. Her self-released 2009 album California Years broke ground in another way—as one of the first albums funded by fan donations before the advent of Kickstarter.

Sobule’s most recent album Nostalgia Kills, was released this fall after another successful crowdfunding campaign. A collection of autobiographical songs written from Sobule’s perspective as a middle-aged woman, the album was conceived as a direct response to a young music industry guy overheard at a party saying that no one wants to hear songs written by anyone over forty. Sobule is currently working on a one-woman show about the worst year in her life entitled, “#Fuck7thGrade,” and she is also on tour.