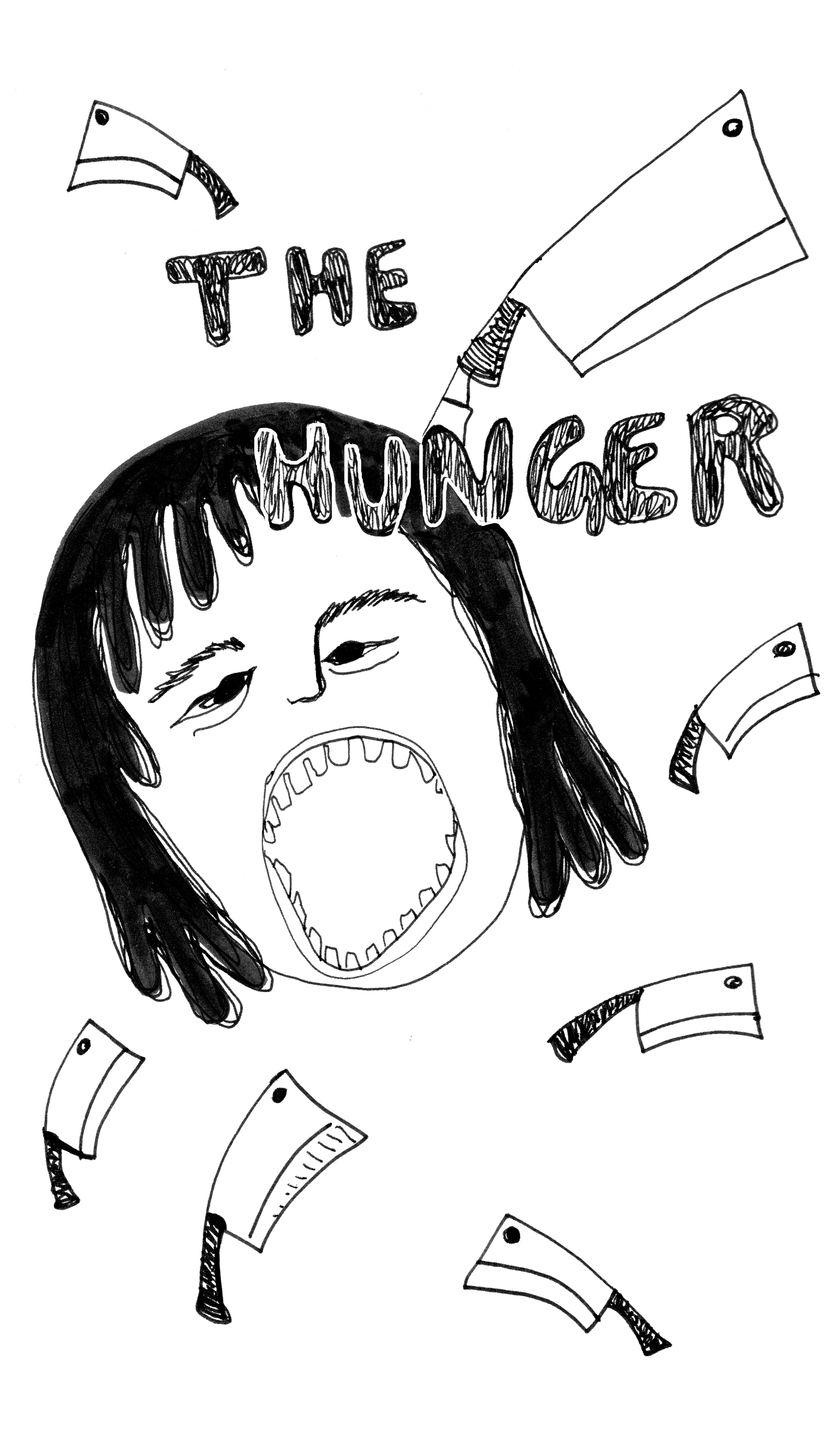 Plumes of cigarette smoke burned her nose hairs as she failed to inhale. Lilly never really learned how to smoke the right way. It was better for her asthma that way. As she ashed on Chin’s cold casket she found herself thinking about what fast food she wanted. White Castle or McDonald’s? Death always made her hungry. After a late night of mah-jongg and drinking, Chin stumbled into Mechanics Alley to take a piss and was assaulted by Chinese gangsters. They savagely butchered him and left his dismembered body inside a suitcase in the alley. Before his demise, Chin drove the Fung Wah bus from Chinatown New York to Chinatown Boston and back. He’d already had a few close calls where he dodged bullets from hooligans of a rival bus company while driving. It was good money, but part of the risk was drive-by shootings. Chin was found by an old Chinatown local who, while collecting cans in the alley, stumbled upon the suitcase. The old man thought maybe a nice pair of pants would be inside. Instead, he found Chin’s blood-soaked clothes, his extremities, and entrails falling out of the suitcase. Including his foot with the bulging bunion that always broke the seams of his shoes. Chin’s mother always duct-taped his shoes so his bunion wouldn’t fall out. He was a bona fide mama’s boy. Lilly begged Chin for years to get rid of his bunion. But his mother swore it was good luck and a sign of good labor. Lilly hated the way his bunion would rub against her sleeping body. Good riddance to his lucky bunion. Lilly cursed Chin and blamed his death on spending all his free time drinking too much Johnnie Walker and playing mah-jongg in Chinatown. “Good-for-nothing fried pussy,” she whispered in Chinese. He should have been home helping her fold the ten bags of laundered clothes all piled high on their bed. Instead he was about to be buried six feet under in a cushioned casket more comfortable than their bed, resting his tired feet. The bastard. He had left her with a laundry shop and two girls. Not even boys who could care for her in her old age. Just daughters who she would have to raise alone, and who would abandon her to live with their husbands’ families. She always complained about his weak sperm, too weak to give her a boy.

So no. She wasn’t about to cry. Tears were for the weak. She had clothes to fold, mouths to feed, and a husband to bury. She didn’t have the luxury to mourn. So she smoked. And thought of food instead. They lived in the back of the laundry shop. Surrounded by clothes and hangers. And since Chin was a hoarder, or as he liked to call it “sentimental,” she was left with a hoarder’s paradise. Newspapers stacked high enough to reach the ceiling. Old duct-taped shoes piled in boxes like old bones in a cemetery. Ancient radios, some broken, some working, that he and his mother would listen to Chinese opera on. He never liked to throw anything away. No matter how broken. It was an arranged marriage. So there was no love lost. She wanted so desperately to escape her unhappy childhood home filled with a paranoid schizophrenic mother hurling anxiety, insults, and chopsticks at her in between watching Andre the Giant decimate Hulk Hogan in the ring. Her mother was always rooting for the bully. Her kind. It made Lilly angry that in trying to escape one prison with her raging mother, she had to enter another prison called marriage. After Chin’s death, she looked at a photo of their wedding. She was so young. Not a line or dark circle to be seen on her face. But you could still make out a burgeoning sadness in her eyes. Like weeds, the sadness grew inside her. Without flinching, she ripped the picture in half, separating her from her dead husband. They were happier apart. Her mother-in-law lived with her and her children. It was the Chinese way. You married into a husband’s family. That meant letting your in-laws live with you. And suffering every insult and Chinese superstition in stoic silence. Like, “Your mackerel has enough bones to choke all the elderly of Taishan.” “What kind of mother lets her children dry wet hair with fans? Fans and AC cause arthritis and asthma.” “The gods gave you and your daughters large breasts. Chinese sign of laziness.” Lilly became numb to the insults. Her skin was as tough as beef jerky. Her mother trained her well. Sometimes she fantasized about her mother-in-law’s tongue swelling up from anaphylactic shock, causing her to lose her menacing voice. The very thought put a wry smile on her face, and was usually enough to quiet her mind. But this one day was different. As she crouched on the floor, slicing up oxtail for dinner, she heard her mother-in-law utter with disgust, “Such a small tombstone for my son. So damn cheap!” 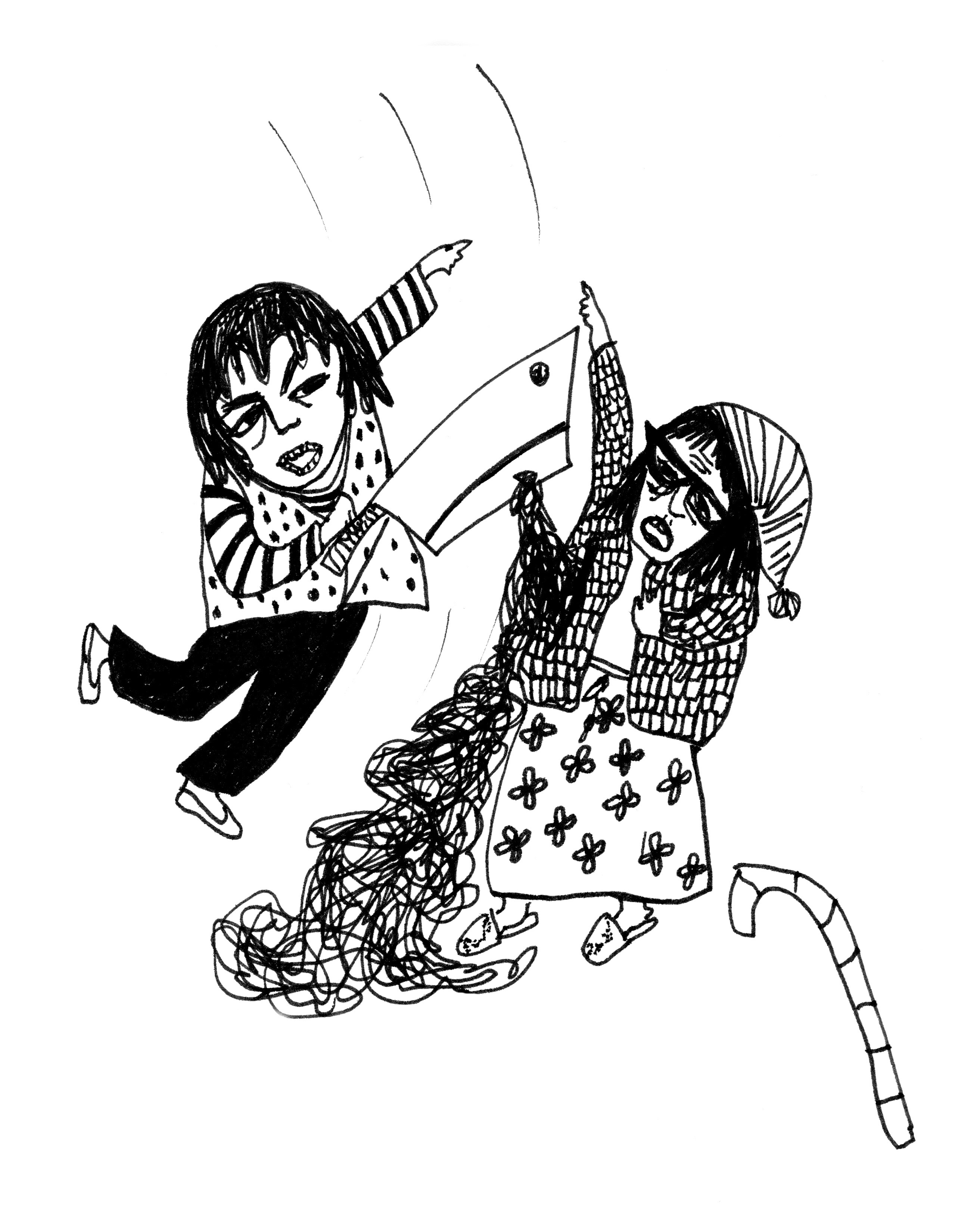 Suddenly, she felt her blood rushing to her face. Her hands tightening on the neck of the cleaver. It was a reflex. The repeated chopping motion of the cleaver on oxtail suddenly changed direction. It began to swing at her mother-in-law. All her rage for her nasty mother, her weak-spermed husband, her merciless mother-in-law, her lazy, good-for-nothing daughters, the mountain of “sentimental” garbage strewn about the tiny living space, and heaps of unfolded laundry waiting for her. All her rage now swinging. Swinging. Swinging from the cleaver. Until she slaughtered her mother-in-law to bits. Afterward, she lit a cigarette and felt a strange sudden hunger. And wondered White Castle or McDonald’s? Because death always made her hungry.

Text and images © 2019 by Lisa Lim. Excerpted from Cutting Edge: New Stories of Mystery and Crime by Women Writers, edited by Joyce Carol Oates. Used with permission of the author and Akashic Books.

Lisa Lim is a comic storyteller born and raised in Queens, New York. Her graphic stories have been featured in Guernica, PANK, and Mutha. She is also the illustrator of a children’s book called Soma So Strange. Her comics can be found at lisalimcomics.com. More from this author →