I’ve called every butcher I can find on Yelp and none have had the cut of meat I need, if you can call it a cut: one pound of pig skin, hair removed. Despite the heavy rain, I convince my girlfriend to go with me to Plaza Latina, a grocery store in the northern suburbs of Seattle that advertises a carniceria on its big yellow sign, where I imagine they make chicharrón and might sell me some of the unfried skin. When we get there I pause briefly in front of the candle display before walking back to the butcher’s counter while my girlfriend shops for cheese. The butcher is patient while I try to order using Google Translate, and the woman who is working the checkout stand generously comes to try to help. When she does, the butcher looks at me, points to his arm, and pinches himself. I nod. He makes a face that I translate as “Really?” and I nod again, apologizing to the woman who is growing understandably impatient. The butcher shrugs before going to the back, and a few minutes later he returns with a plastic bag of scrapped meat. I smile and thank him, thank the woman who rings it up for two dollars and seventy-five cents. My girlfriend and I drive home in the rain, the bag cool in my lap.

Like most Italian-American girls, I learned to cook from my grandmother. The kitchen in her apartment was a glorified hallway with a stove balanced next to a milky-yellow counter, but when I picture her, knife in hand, she is sitting at the kitchen table surrounded by mirrors strategically placed to make the small apartment look bigger, brighter. My grandfather’s ghost hovers, waiting for her to join him. His picture is on the dresser. His cross is on the bedroom wall. The apartment smells like a mixture of garlic and piss and cigarette smoke, which I now know was the smell of a woman who was losing the ability or desire to care for herself but who, when asked to care for a fifteen-year-old struggling on that same edge, somehow managed to try.

At home, I don’t know what I’m expecting. It’s skin, after all, and all the parts of the pig that lived are visible: follicles and freckles, maybe some paint, smudges of a brutal life. When I lay it out on the counter, it resembles something from a horror movie more than dinner, but I piece together a rectangle, cutting the ragged edges with kitchen shears. When my girlfriend looks at it the pink falls from her cheeks. She goes back to the living room, unimpressed. Even though my grandmother made this every Sunday, today is the first time I’ve attempted it on my own. I had the same short period of vegetarianism as every queer millennial and the dish always felt slightly out of reach. It is technically called a braciole di cotenna, but we always just referred to it as pig skin. After talking about doing so for years, I’ve finally taken it on, and I am, oddly, afraid. These recipes are the last connection I have to a family that couldn’t survive itself. The only good thing I carry in my bones. If I mess this up it will be just like everything else.

But I’ve made so many of my grandmother’s recipes a thousand times that my body knows them the way her body did, and even here, making the pig skin for the first time, my hands know the motions. I am smashing the garlic. I am chopping the parsley. I am measuring the olive oil by sound, waiting for the heat to coax a shimmer to its surface. I spread the meat with a mixture of cheese and herbs that mean prosperity and protection. The tomatoes have been simmering for hours, and when the meat is trussed and fried I place it in the pot to braise. I’m afraid, still, that she thought I was a lost cause. I don’t remember her telling me she loved me, only that I would never find a husband if I didn’t learn how to keep a neater house. I told her I didn’t want a husband a hundred times, and she never understood. She said I would feel different when I was older, but now I am older, and when I brought my girlfriend to meet her before she died she couldn’t understand who this stranger was or why she was in her house. I tried to explain, again and again. Finally, I just asked her if she liked her.

“Would it matter?” she asked.

She didn’t respond, only asked if I was happy. I was. She wasn’t. I went back to California and didn’t call the next week, and when I called the week after she wasn’t there. I am chopping the garlic. I am burning the onions. I can’t afford the flight back to New Jersey for her funeral, but five years later when I fly back for my father’s funeral, her urn is exhumed from the cemetery plot where my grandfather is buried and where my father and grandmother’s ashes are interned. I scream at the caretaker who tries to explain to me why. I don’t remember his explanation. I just scream until he puts her ashes back in the ground. The few assembled cousins and uncles and aunts, strangers for twenty years, take me to lunch, and that night, we go to Atlantic City. I win three hundred dollars on penny slots and the whole world I ran away from comes crashing back into my body.

At dinner in the casino restaurant, I order a drink called a Godfather—a shot of whisky laced with amaretto, served on the rocks. When the server leaves, my aunt turns to me surprised. “How old are you?” she asks, New Jersey fat in her mouth. When I respond, she tells me that this is the same drink my grandmother drank when she was my age, and how did I know? At the end of the meal I try to pay with the money from the slot machines, but my uncle, who drove up from Florida for the funeral, is furious. How dare I come to his city, he asks, and not let him pay? The next morning, my girlfriend padded out to the kitchen in bare feet and made the mistake of complimenting my aunt on the smell of the food on the stove. When I came out of the shower she was sitting at the kitchen table with my aunt and cousin, eating meatballs on small, soft rolls. “We were going to have them for lunch, but she wanted them now” my aunt explained, shrugging, “but we can’t have the pizzagaina because that’s for my brother,” gesturing to the stuffed pizza cooling on the counter. What a shame, I thought. I used to love pizzagaina. We sat around the table silently eating meatballs for breakfast, and they tasted like my grandmother’s, like mine. Of course they did. It was the same recipe, the same gesture, the same hesitation passed from mother to daughter to granddaughter.

When my friends come over for dinner they will not eat the braciole. Instead, they’ll push it, awkwardly, from one side of their plate to the other, focusing on the sausage and the meatballs and the store-bought pasta underneath. Even my girlfriend will pick it off her plate and place it gingerly on mine. I remember now that pig skin was one of my grandfather’s favorite foods and that my grandmother made it long after he died as a way of remembering, of knowing him still. I hope he was as good of a man as she made him seem, but I worry. I am boiling the water, adding the salt. I don’t yet know that my great-grandmother was born just before the solstice, that I am cooking on what would have been her hundred and twentieth birthday. I just know I have a craving I can’t shake. 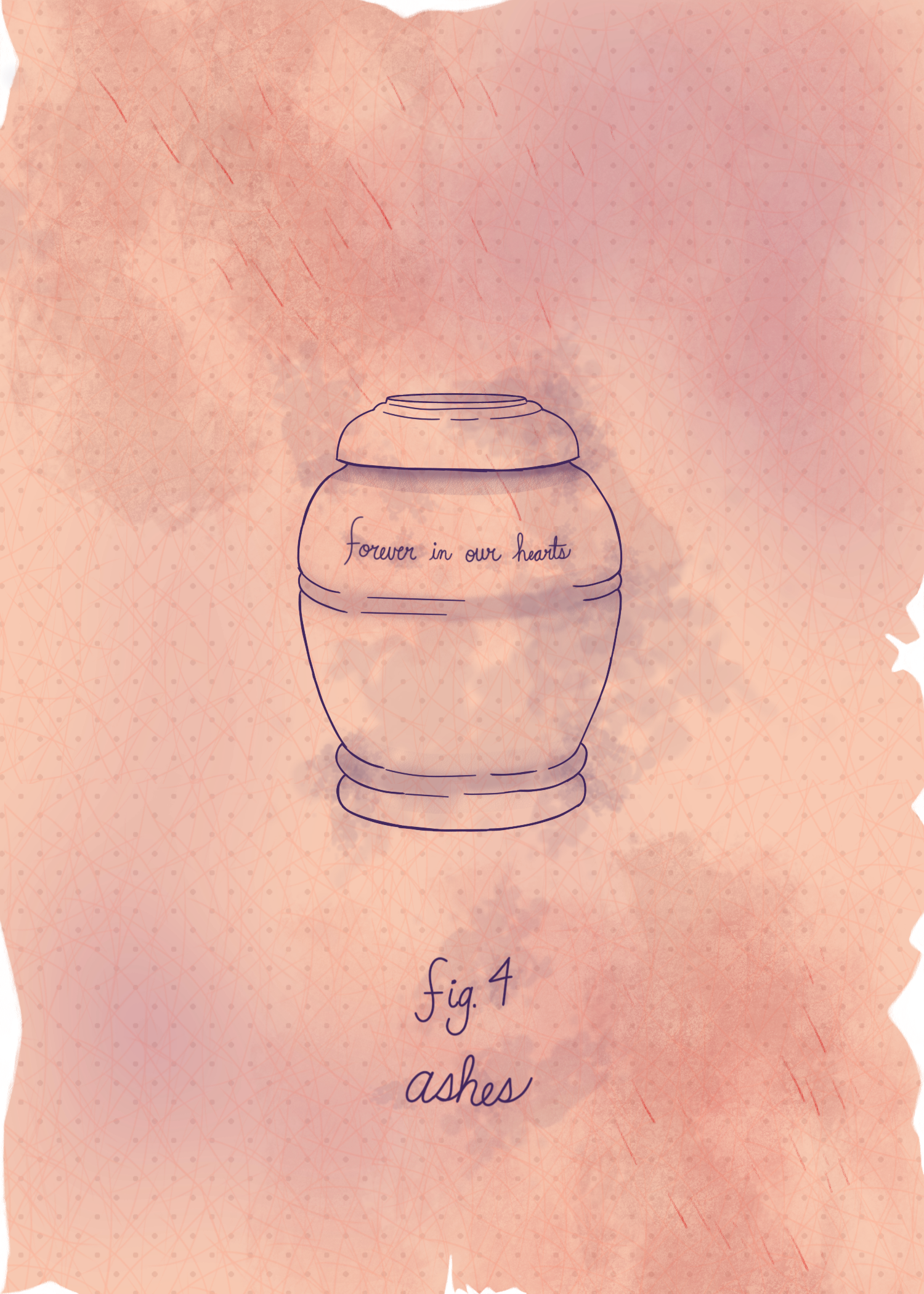 I am chopping the parsley. I am dicing the onions. I am standing on my toes, using my weight to crush the garlic. The heel of my hand is flat against the heel of my knife, and when the bulb cracks open so does something inside of me. My tiny apartment’s kitchen is full of voices I haven’t heard in a long time. All my life I’ve thought of these as my grandmother’s recipes alone, not my great-grandmother’s, not my great-great-grandmother’s. This is not my inheritance, but their legacy. A transmission. If I want it, it’s a way of cooking myself back into this family line, of taking my place among my ancestors. In food, memory is a fluid thing anyone can enter, a set of doorways that lead from body to body, ghost to ghost. I am cooking myself back in to my family, back into my own skin. I am writing myself back into the story. When someone knows how to cook it means that once, someone loved her, and that she loved someone, too. Even if it was just herself.

Jessica Rae Bergamino is the author of UNMANNED (Noemi Press, 2018), as well as chapbooks from Sundress Publications and dancing girl press. She lives in Seattle. More from this author →