Countess Erzsébet Báthory of Hungary was found guilty of killing as many as six hundred and fifty girls and women between the years 1585 and 1609.

They say she bathed in our blood.

They say it brightened her complexion,
our iron and salt scouring her skin of impurities,
a bleach better than arsenic.

Or so you’ve heard.
(Or so everyone’s heard.)

You’ve imagined her body a luminous petal in all that crimson—
hundreds of us bled for her beauty,
scores of us drained so she could glow.

If this were true, we wouldn’t still hover here
(still haunt.)
If our blood had seeped into her skin,
we could have flowed directly into her heart,
tried to dampen its vicious thirst.
But our blood was ignored—
swabbed from marble floors,
left to sink into hard packed soil.
Our blood
(our dear and wasted blood)
our blood has trapped us here.

You want to know how we died.
(That’s all anyone wants to know,
the harsh circumstance of our death.)

We will tell you
(it’s part of who we are, part of how we are)
but if that’s all you want to know, don’t waste our time. Leave now.
Take your bloodlust elsewhere.

That we are still waiting for the release she thought she had given us.

We came from Pozsony and Predmier; we came from Nitra and Trencsén; we came from tiny villages you have never heard of, some of us sold into servitude by our parents, some for money, some for something as simple as a skirt (our body traded for a limp piece of cloth); some of us were found by scouts, flattered for our needlework, our millinery, our flair with sugar and flour; some of us were lured by the promise of a dowry, the promise of a merchant husband (all the boys and men of our villages gone to war); some of us were already employed at one Nádasdy estate or another before she arrived (Sárvár or Beckov or Keresztúr or Čachtice or the manor in Vienna). Some of us were ten, some seventeen. Some of us left home willingly; some had to be pulled from our mothers, our mothers who turned their heads so we wouldn’t see their tears (or their relief). Some of us watched the land change from the carriage, the pastures and moors, the forests and fetid marshes; some of us kept our eyes closed as the carriage jostled us over the land. Some of us held our breath as we crossed the long bridge to the castle at Sárvár, mosquitos rising from the moat, or climbed the hill to the castle at Čachtice, the tilt pushing us back against our seats; some of us gasped as the giant doors opened. Some of us had never seen such opulence, the fine tapestries and golden fixtures and soaring paintings; some of us had never seen bowls full of pomegranates, platters piled with fancy cakes: some of us looked around at our new home and couldn’t believe our luck. We’d heard stories of torture. Stories about our great grandfathers, the 1514 revolt. Many were hanged or flayed, scarred in some permanent way; some were strapped to a wheel, bullwhipped, stabbed. Some were forced to eat their leader’s roasted flesh after he was pushed upon a red hot iron throne, molten crown sizzling his scalp, scepter welding itself to his hand for daring to act like a king.

We cringed at the gore of these stories, thrilled (in secret, just a bit, just a bit) at the drama, cringing and thrilling as perhaps you are now. We never thought it could happen to us.

(You probably don’t think it could happen to you, either, that sizzle
of your own tortured skin.)

The lords passed laws to prevent more revolt, laws to chain our families to the land forever, braiding our bodies to wheat and grapes and sunflowers. From our first breath, we belonged to them, another product of their soil.

You tell that girl her body is not her own.

Our bodies, we later learned, of course, were not our own. As much as we owned them then. As much we tried to hold on to them. But in the end, they were not hers, either. The land took them back. There is some comfort in that.

Our great grandfathers were beaten
when they rose for their rights.
All we were doing was our jobs;
all we were accused of was our youth,
something we never knew we needed
to defend. We would be mothers
if we were still alive,
grandmothers
(some of us great.)
We would have lived
whole lives
upon the sweet
earth,
would have been
buried near
beloved bones. Boys know this solidarity
when they go to war;
when do girls gather
in such numbers
in life?

Our edges have gone porous—we find ourselves knowing things
we hadn’t before, pulling from one another’s memory, from the memory
of the land below us— My father saw me watch him carve patterns in clay, saw me linger when he threw pine logs and grass in the furnace, when he covered the furnace with dirt to let the flame work its magic underground, turning his pots black and shiny as metal.

Black pottery is a craft passed from father to son, but my father had no son, and I had no mother, and he saw how I watched.

When he died, the clay saved me, its steady presence in my hands, its transformation in the fire, but I couldn’t sell my pots and plates and cups, not once people learned who had made them, even though they were just as good as my father’s had been. He would have told you that, himself. When recruiters for the Countess came to my town, how could I say no? How else could I survive? The scent of the furnace lingered on my clothes as I stepped into the carriage, lingered in my hair for days. I would pull my braid to my nose each night to help me sleep; when the smokiness left, I was lost.

I knew I’d be a horrible maid. I wouldn’t know how to use any tool they might hand me—broom, needle, shovel, knife. My hands fumbled; I burned the bread, broke bowls I tried to wash. I could make up stories in my head, but what good is that in a castle? No one wants a maid telling tales (and I was no good at the telling—once the stories left my head, they turned to nothing but stammer.)

When bards called out

to see if the crowd was listening, if the audience didn’t yell

in return, the storyteller knew he had lost them.

If I had found the breath to say “Bone,” only silence would have answered. I was my own, my lone, audience, but I was happy in the small theater of my skull, the bone and the meat of me.

I had only embroidered samples before I was brought to Sárvár—patterns of diamonds and blocky flowers sewn on little squares of canvas—but I was confident in my work, my stitches smooth and tight. I knew I could transfer my skills to a skirt, a doublet, a bodice, a tapestry, whatever task was asked; I was eager for the chance to learn, develop my art. My fingertips were freckled with needle pokes, some deep enough to make me yelp.

I was prepared for more, thought it was the only risk I faced.

My father pounded bruises into my skin.
My father split my lip, blackened my eye, raised my skirts.
When I had the chance to work as a chambermaid,
I flew as if to the promised land.

After plum harvest, my whole village converged to make plum puree. We dragged giant copper cauldrons into the fields, poured in hundreds of plums, the fire underneath softening the fruit until it released its stone, until its scent deepened. We took turns stirring and stirring, straining out the pits, stirring without end, people stirring through the night, one week, sometimes two if the harvest was good, stirring and stirring one batch after another; if we stopped, the plums would burn, would ruin the whole pot, so we stirred and stirred, unending, passing the wooden paddle from one set of hands to another, stirring day and night and day and night, pouring the puree into large earthen pots, covering the pots with clean white paper, tumbling more plums into more pots, stirring more and more and more. Our arms ached, but it was my favorite time of year. I loved how the air smelled sweet and hot, smelled purple, loved how we all came together. Like now, but with muscle and scent. Girls and boys, men and women, laughter in all our mouths. The puree was so thick, we cut it into slices once it cooled, plunked a gleaming slab onto bread or ate it as it was, fingertips sticky and dark.

The scouts took me away one year just before the plums turned ripe. 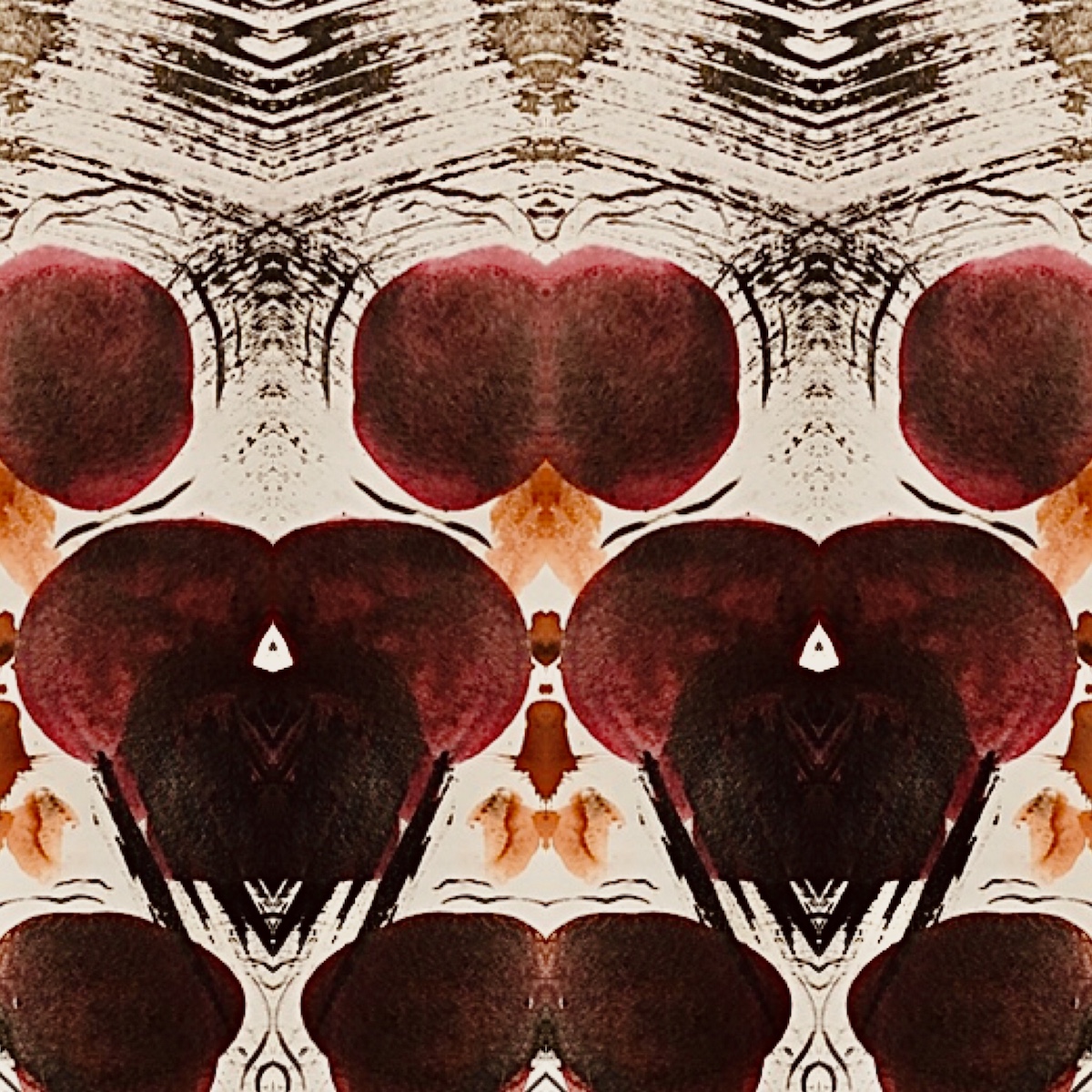 Some of us can’t bear to share our own stories,
can’t bear to remember what we’ve lost.
And could you bear hundreds of our stories?
Would you have the patience? The fortitude?
Would you grow immune to our pain,
turn numb after hearing from girl upon girl
upon tortured, murdered girl?

Let us spare you that numbness.

Just know we all have stories worth your time.
Just know we’re starting to know our own worth.
Just know there is more to each of us
than you ever could have known. Gayle Brandeis (@gaylebrandeis) is the author, most recently, of the novel in poems, Many Restless Concerns (Black Lawrence Press), longlisted for the Bram Stoker Award, and the memoir The Art of Misdiagnosis (Beacon Press). Earlier books include the poetry collection The Selfless Bliss of the Body (Finishing Line Press), the craft book Fruitflesh: Seeds of Inspiration for Women Who Write (HarperOne) and the novels The Book of Dead Birds (HarperCollins), which won the Bellwether Prize for Fiction of Social Engagement judged by Barbara Kingsolver, Toni Morrison, and Maxine Hong Kingston, Self Storage (Ballantine), Delta Girls (Ballantine), and My Life with the Lincolns (Henry Holt BYR), which was chosen as a state-wide read in Wisconsin. Her poetry, essays, and short fiction have been widely published in places such as The Guardian, New York Times, Washington Post, O (The Oprah Magazine), The Rumpus, Salon, Longreads, and more, and have received numerous honors, including the Columbia Journal Nonfiction Award, a Barbara Mandigo Kelly Peace Poetry Award, Notable Essays in Best American Essays 2016, 2019, and 2020, the QPB/Story Magazine Short Story Award and the 2018 Multi Genre Maverick Writer Award. She was named A Writer Who Makes a Difference by The Writer Magazine, and served as Inlandia Literary Laureate from 2012-2014, focusing on bringing writing workshops to underserved communities. She teaches at Antioch University and Sierra Nevada University. More from this author →