I grew up in East LA in the ‘60s. My parents were both immigrants and we were poor. My mom was a stay-at-home mom most of the time and my father worked in construction. The times when we had money, I remember my dad would spoil me, buying me little treats, but just nickel toys, nothing too extravagant. And he would also give me money every Friday to put in my little donkey bank. It was like my trust fund for college.

One day those treats stopped coming. I knew from my mother that we were struggling to pay the rent and buy groceries. One night they told me to put on my coat because we were going out. It was unusual for us to go out in the evening. It was fall coming up on winter, and it was starting to get cold. 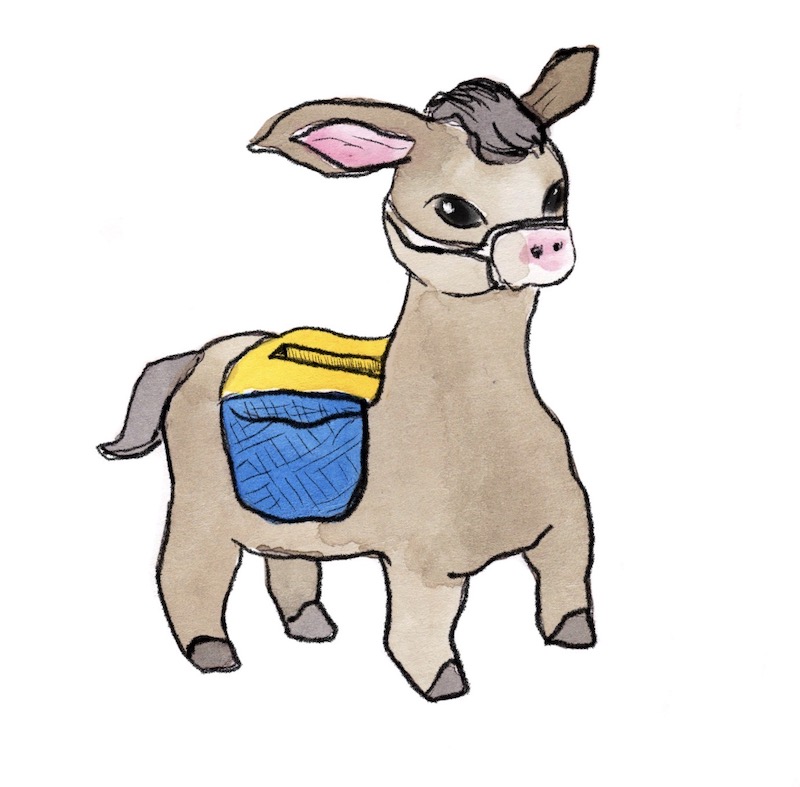 I remember us driving in my dad’s old car to the Garment District. It was downtown and the businesses were closed, so it was dark. As a little kid maybe seven or eight years old, it was scary.

They parked across the street from this loading dock, and asked me to wait in the car as they walked up to it. The dock was illuminated, almost like a stage, and there was a row of five or six dumpsters there.

I watched as my father jumped in and started pulling out all of these fabric end bolts and sample books with different kinds of cloth. He handed them off to my mother, who made a stack of them.

After we drove home, she started sewing the fabric into quilts. My parents sold them at the local swap meet. After that, we went around to different dumpsters to get more fabric. My parents wouldn’t let me climb in, but I really wanted to because it looked like fun. The bolts were big, and we’d have to stick them out the window or out of the back of the car and hang a little red bandana so people could see there was stuff coming out of our trunk. For a while that’s how my parents made a living, how we paid the rent, how we got our groceries. A lot of times when you go to a swap meet today, you can find things you can also buy at a Dollar Tree or something, but in those days, it was strictly people selling and buying things that were repurposed. There was also a certain amount of bartering and exchanging, you know, like, “Oh, you like this dress? I’ll trade you for that blender.”

My dad found different things to sell at the swap meets, like machines that he could take home and fix, but for my mom it was always the quilts. She was a really creative person, and a really good seamstress. She made most of the quilts from upholstery remnants, so the fabric was heavy and it might have a toile pattern or florals, sometimes tweed, or something you would see on somebody’s couch. But she made them look pretty, and sometimes she would make quilts for us, too.

She made me a special one that looks like it was sewn from bars of velvet—it was probably velour or cheap velveteen—but it was super soft and it looked plush, and the colors were bright and exuberant.

My parents told me, “This is a special one for the queen.” They were both really proud, and my father would have never allowed us to ask for unemployment or food stamps or anything like that. Making quilts from the scraps was resourceful, inventive, clever—and also hopeful.

The queen’s quilt is old and kind of mangy now. It’s hard to clean and it’s been re-sewn a few times, but I like to think of it as very well-loved. I still take it out often because it has such good memories for me.

It takes me back to a time when my parents were putting on a really strong front for me. They didn’t get along great. They fought a lot and my father was abusive towards my mother. But this quilt takes me back to when they were cooperating, working together to source the materials, arranging the quilts at the swap meet to make them look good, doing what they could to hold our family together.

Looking at the quilt reminds me that I can be strong and resourceful even when things seem hard and I can’t see the light at the end of the tunnel.

As I’m talking with you, I’m sitting next to my own sewing machine, which I’ve been using lately to make masks. I’m hoping that we’ll make it through the pandemic, that people are going to cooperate, that science is going to triumph, and that we’re going to be okay.

In the meantime what I can do is make some masks to protect myself, my family, and my friends. I’m using scraps of fabric that I have around the house, and pieces of hair elastic, or parts from old bras. My masks may not be perfect, but they’re made with love—and hope.

Alice Bag is a singer/songwriter, musician, author, artist, educator, and feminist. She was the lead singer and co-founder of the Bags, the pioneering Los Angeles punk band, and later went on to perform in other groundbreaking bands, including Castration Squad, Cholita, and Las Tres. Bag’s self-titled 2016 debut album received critical acclaim, as did her second solo effort, which was named one of the Best Albums of 2018 by NPR and the Los Angeles Times. Bag’s third album, Sister Dynamite, was released in April 2020.