The most I’ve seen of Kashmir is from videos my father took in the ’90s, visiting his birthplace shortly after marrying my mother. My favorite is less than a minute long: a field of yellow flowers, the wind rippling through it like a chord.

My Pakistani grandmother tells me about a dream where she’s a young girl in a garden. Look Ama, she says to her mother, it’s a peach tree. I imagine a Cézanne painting, the fruit bursting like suns.

My mother’s side of the family speaks Urdu. The fragments I know of the language I learned through gossip. Sitting at the kitchen table, I watched rumors zip between my aunts like hummingbirds. I can tell you who’s gotten married or gained weight, but I can’t say I love you or please just tell me who I am.

I wish someone in my family spoke Kashmiri, even if it only meant the language could wash over my hands.

I’m American-born, meaning: I was born at the bottom of a swimming pool. I was born suspended in blue.

In London, I visit my father’s cousins for the first time. We sit in the living room and drink kahwah chai, my reflection trapped in the watery amber. No picture frames. No prayer. My baby cousin shouts and runs to me, his lashes as long as a year. My Kashmiri grandmother is illiterate. I wonder what she’d say if she knew her progeny wrote her unsent letters, wrote so she wouldn’t be lost to history. My grandmother, all four feet and nine inches of her. Housewife. Teen bride. When she video calls, she stares at my father and she cries and she cries.

My mother tells me white girls used to make fun of her Pakistani clothes. She laughs, but does not leave the car when’s she’s draped in satin and silver.

Kashmir. Like the sweater, right? British girls in blue wool, the dye so heavy it chokes them.

A friend tells me of his double patriotism, both to his parents’ homeland and his own. He’s fluent in Farsi and English. He holds dual citizenship to both America and Iran. I envy his devotion, despite the borders and the oceans and the wars. I imagine a line dashed across the center of his body. A clean split. His diaspora is an inverse of mine. He is torn, and I am faithless.

Through my birth, my parents have completed the final step in assimilation. By rejecting their cultures, they created a rootless daughter. A baby at the bottom of the Atlantic. A woman free-falling from her nations, her body pinwheeling into endlessness.

My mother rubs Vaseline onto my ears before weddings. Gently, she pushes the earrings into my flesh. In her mirror, I am a study of green and gold, emeralds dripping from my earlobes like rain.

My family tells me my culture will be lost if I marry a white boy. I don’t know how to tell them my culture crept out of my crib as a baby, violet sludge inching down the kitchen sink. My wedding night can’t change me. I have nothing left to lose.

Twice I’ve dreamt of arranged marriage. My body wrapped in red. Rose garland a noose around my neck. The mehndi on my palms blooming like iron. I never find out what my husband looks like. In every dream, I run away with the same boy.  He couldn’t say my name but I liked how clean he sliced it. Yes-meen. The kind of girl who wants everything. I liked how easy he could delete me where I didn’t fit. Yes-meen. Yes.

Some people say dreams are a glimpse into an alternate reality. Say my father had stayed in Kashmir. Say I was born screaming to mountain air. I wouldn’t be an ode to absence. I would be a village girl, kneeling barefoot on the banks of the Jhelum, my fingers parting the murky water like hair.

This is not to say I’d be any happier. Besides, most people agree that dreams are meaningless. 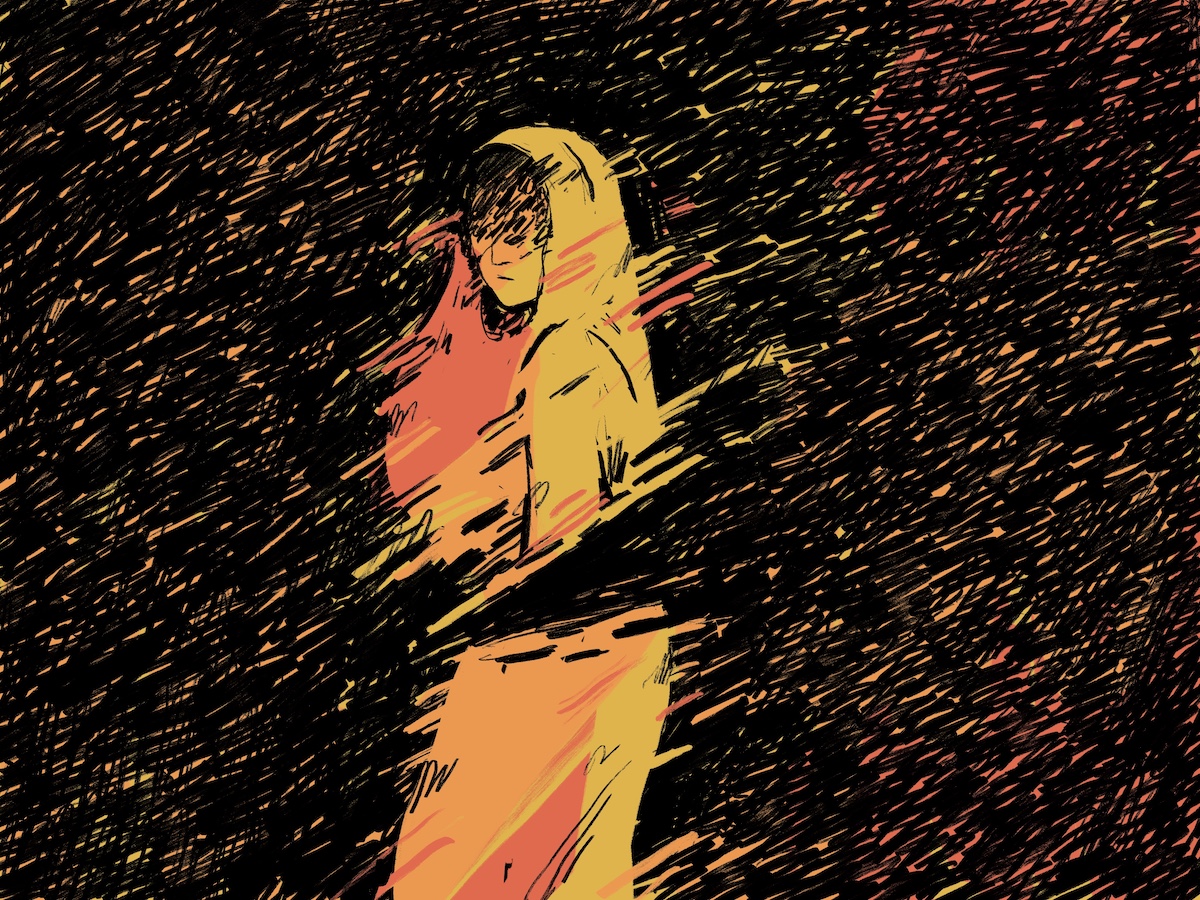 My father tells me chocolate ice cream was one of the first foods he had in America. He’d thought it was disgusting. A pint of chocolate Blue Bell lives at the bottom of the freezer. It hasn’t been touched in a year.

When my Pakistani grandmother cooks, she can touch the hot pan without flinching. She’s been hardened by domesticity: married at twenty-one, her first daughter the year after. As a young woman, my grandmother pushed a stroller down the streets of a brand new nation. Our hair the same frizzy halo. Our fingers with the same square nails.

My Kashmiri grandmother is visiting America when I first learn to talk. I look like every baby on my father’s side of the family: a shock of dark hair, face soft like cream. My mother points at herself and my father. Mama, Dada. When she points at me I say bad girl. My first laugh mimics my grandmother’s: ca-ca-ca-ca-ca. My grandmother stands at the edge of every video as if she’s waiting to be scratched out.

My grandmothers’ names are Rashida and Naseema. This needs to be written because time has a habit of forgetting the women in my family. My nameless mothers float in a dark room. By the time I die I will have filled it with moonlight.

During my trip to London, I bought mango lassi every day. I watched white families argue over baskets of butter naan. The lassi inched downwards as I drank, sunlight staining the glass. When my grandmother dies, I’ll drift between Indian restaurants the way I drift down winding suburban roads. Passing rice between my teeth, each grain held careful. A process of numbing the tongue.

I was searching for something in those glasses of yogurt, in those streets full of brown girls in lipstick. I did not find it.

I am not a daughter but a cartographer. I map out the heartbeats of the homelands I’ve stopped wanting. I doctor a sonogram of stained glass. I live in pools of static, far from grand notions like patriotism or bloodlines. The static of my father’s videos. The static of my grandparents’ phone calls. I fall through the buzz, the soft noise. I’ve stopped fearing the emptiness that follows. 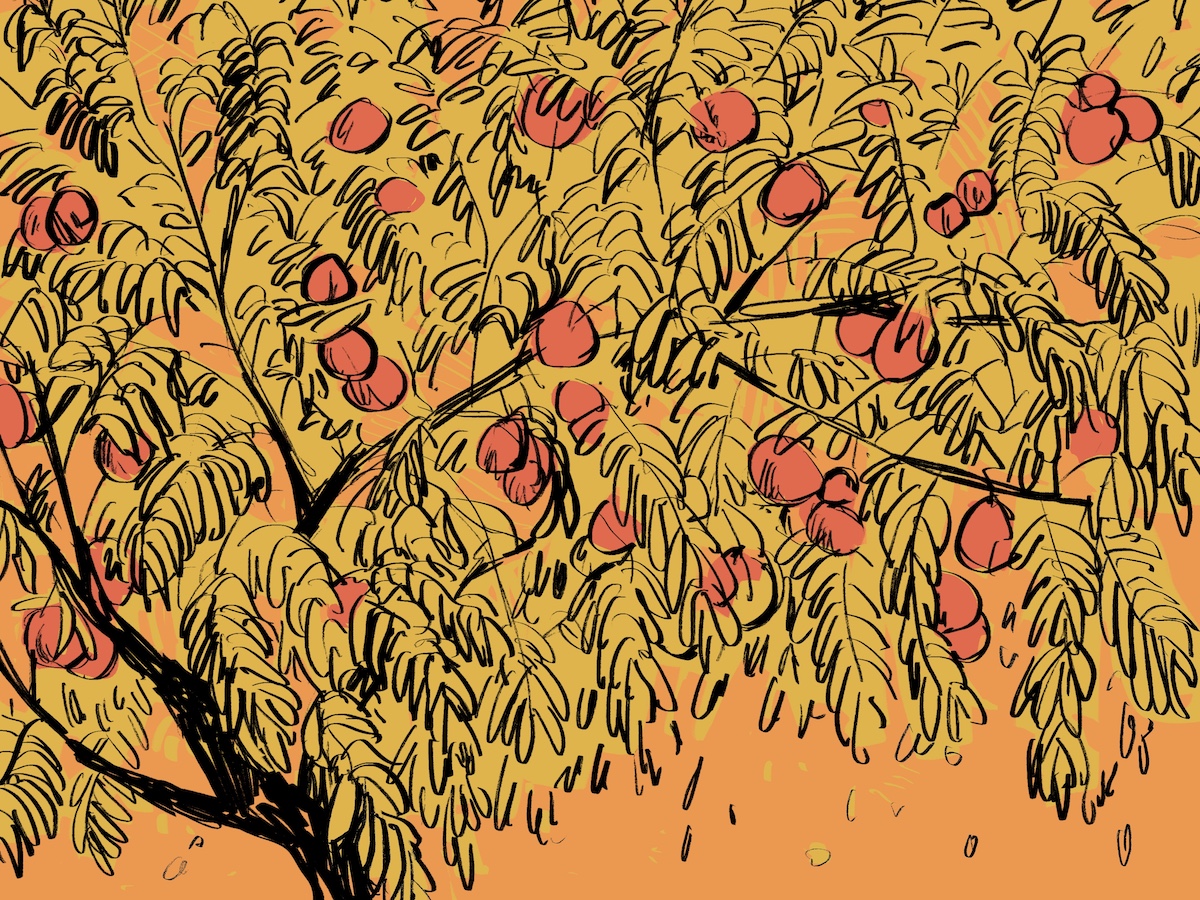 Yasmeen Khan is a high school sophomore living in Spring, Texas. Her work has been recognized by The National YoungArts Foundation, The Adroit Prizes, and The Alliance For Young Artists and Writers, among others. She was a 2019 Best of the Net nominee and has been published or is forthcoming in The Adroit Journal, Peach Mag, Sooth Swarm Journal, L'Éphémère Review, and more. When not writing, she enjoys eating mangoes and watching the rain. More from this author →