A review of Ghost Train to the Eastern Star, by Paul Theroux

Travel is nothing. Travel is a bit of a hassle, a frisk at the airport, a few hundred or a few thousand dollars. For the average upwardly mobile American citizen, travel is the chance to say, “I went somewhere,” and then maybe upload the trip photos so other people can say, “Oh, look, she went somewhere.”

But for some—for a dwindling few—travel is everything. Always has been, always will. Decades before The New York Times started sending 20-somethings to investigate the best way to spend a buck in the Arctic Circle (ice hotels, bien sûr!), Paul Theroux was wandering and worrying his way through the Eastern Hemisphere on a series of rickety trains in the company of Eurasia’s most garrulous and bereft. In 1975 he depicted this

first, epic trip—from London to Japan and back via the Trans-Siberian Railroad—in The Great Railway Bazaar, now a classic of travel literature. Thirty-three years later, Theroux retraces his own footsteps, following that original careening, career-making quest as closely as he can, offering an account of this second effort in Ghost Train to the Eastern Star.

But why? To sell books? To stake a claim to continuing relevancy? Or is it because, as Theroux recently wrote, “fogeydom is the last bastion of the bore and reminiscence is its anthem?” Well, maybe. But not entirely.

Now in his 60s, Theroux has retaken that storied trip because travel is everything, his main source of inspiration and identity. And so it has been difficult for him to write anything really definitive about it, or to keep himself from trying. This compulsion, this traveling in search of the meaning of travel—instead of life experience, or knowledge, or even self—is Theroux’s hallmark and the ultimate value of his work, old and new.

This is not to say that Theroux is not interested in life experience, knowledge or self, or even that he is a consistently good writer. He is not. Ghost Train to the Eastern Star is packed with research, some meticulous, some facile, conclusions both clumsy and adept, and commentary sometimes deeply personal and just as often vacuous. But the book’s real engine, its raison d’être and the reason to read it, lies in a single question: What sets travel apart from the near infinite things a person might do and then write about? What does travel mean? Theroux may be the only travel writer who has not lost sight of this question, ever.

Theroux begins Ghost Train with several possible answers, all evocative, some slightly overwrought, none satisfying. “Travel is the business of being bone-idle,” he says. “A trip makes one “alive in a vision of hallucinatory difference.” Or, slightly less bafflingly, “The traveler is the greediest kind of romantic voyeur, and in some well-hidden part of the traveler’s personality is an unpickable knot of vanity, presumption and mythomania bordering on the pathological.”

Compare that last mouthful—mythomania, etc.—to a description of the traveling urge given by a younger Theroux early on in The Great Railway Bazaar: “I have seldom heard a train go by and not wished I was on it.” The older Theroux has, quite literally, much more to say, but what he’s saying is not so different. He’s still wandering around trying to figure out why he’s wandering around—picking at the unpickable knot—but his approach has become more involuted, more convoluted, informed especially by age and the fact that so very much has changed across Europe and Asia while he’s been away. 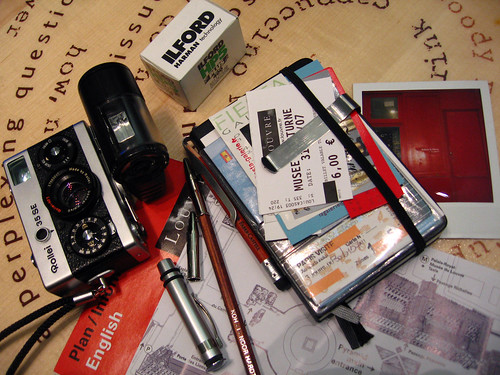 It’s impossible to revisit the long-ago, isn’t it? Well, yes and no. Theroux finds that some of his old destinations—for example, the frosty innards of Russia—haven’t changed so much. Others, like the newly skyscrapered Singapore, are testaments to the sheer gross speed of development and the irresistibility of global capitalism. Most places, like India, are lodged somewhere in between, busily exploding into the tech industry but unable to shake their old legacies: poverty, overpopulation, class struggle.

Since The Great Railway Bazaar, Theroux’s political engagement has grown alongside his volubility. At 500 pages, Ghost Train is the lengthiest discussion of what it means to be an American traveler written in the last seven disastrous years. Almost everywhere Theroux stops he ends up in a conversation about American politics, the American economy, America as refuge, America as hell and as avenging angel. The result is a sort of sprawling, anecdotal census of foreign opinion regarding our country in a time when it is very badly needed, especially from a prolific, popular writer—even as fodder for debate and debunking.

In general, Theroux’s interlocutors can be categorized as follows: sympathetic fellow travelers, members of the repellent middle/upper class (both natives and locals), nostalgic figures from the 1970s, kindly drivers/guides, and prostitutes/pimps/procuresses. Of particular interest is Theroux’s description of a meeting with a man in Baku, Azerbaijan. This gentleman is a fervent supporter of the war in Iraq, where his country has stationed 150 troops, and he hopes that Bush will manage to keep the ball rolling right into Iran and slay Mahmoud Ahmadinejad. Armenia, too, deserves a good thumping. The man pumps his fists in the air and declares, “In football, Armenia is our enemy. In life, too.” 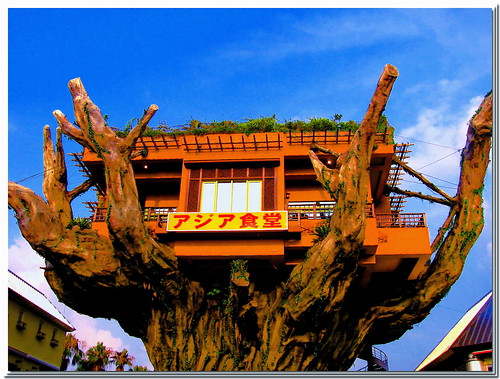 Theroux makes plenty of unreasonable arguments himself, resulting from his intense engagement with other writers and the art of writing. He has a lot to say about what he does and doesn’t like. Sometimes this can feel oppressive, or self-centered. For example, in Ghost Train he runs across a young girl reading one of his books, and caricatures her ignorance. She asks him, “So I guess – what? – writing’s your hobby?” “Were you influenced by The Poisonwood Bible?” etc. If this is bad taste, well, plenty of other writers have done the same thing (see, for example, “Northeast Direct” by Dagoberto Gilb).

In fact Ghost Train draws so generously from other sources that it sometimes reads like a book report: Georges Simenon, Wordsworth, V.S. Pritchett, V.S. Naipaul, Greene, Kurban Said, Leonard Woolf, and a score of others make their appearance alongside the Azerbaijanis and Cambodians, the Indians, the Russians, the Japanese. There are also several long conversations with living writers—Elif Shafak, whose beauty and brains give Theroux a case of the stuttering blushes, Orhan Pamuk, Haruki Murakami, the late Sir Arthur C. Clarke, Pico Iyer.

Theroux is a cataloger, a collector, as evidenced by his exhibition of other writers’ work and the stories of people he meets (on this trip he’s also hunting a few less abstract souvenirs, namely reverse-glass paintings and religious icons). Here one catches a glimpse of the traveling mythomaniac described in Ghost Train’s first paragraphs. Hoarding stuff—even stories—is startlingly easy to understand as a vain activity, fruitless and self-absorbed (“So I guess – what? – writing’s your hobby?”). As Jean Baudrillard, the astute observer of both Americans and postmodernity, put it: “What you collect is always yourself.”

Thus the moments in Ghost Train when Theroux acquires a new story can be doubly revealing, offering insight into both interlocutor and narrator. In Mumbai, Theroux sits in a restaurant with an older woman and the children she has impressed into prostitution. He wants the children to have a proper meal, but he also needs them to fulfill something other than his charitable urges. He needs to know about them, to add them to the stories he’s been piling up. After about an hour he suffers a fit of shame and self-consciousness and flees.

It’s difficult to tell how much Theroux intends to reveal about himself in such episodes, though they certainly contribute to the book’s richness. In other moments, he is remarkably direct. He details the circumstances that informed the writing of The Great Railway Bazaar: When he returned home to England in 1973, he found his wife had taken a lover. The rest of his work on the book was spent in a state of tightly-throttled rage and self-flagellation. First he exploded: “I told her I was going to kill her,” he admits, terrified by how sincerely he had meant it. Then he pretended nothing had happened, and he worked and worked and worked.

So what is about travel that brings on these confessions? The moments of unintentional self-exposure? Is it what Theroux calls “rubbing himself up against the world?” Not sufficient. These are problematic questions—and by problematic, one means the starting points for exploration and intellectual enrichment. They were in 1975, and they remain so today.

The older Theroux finds himself feeling diminished, however, more anonymous, more meditative than he was at thirty. Some of the trains, he feels, are just as old and rickety as he is, and no one pays much attention to a quiet, older gentleman—“it’s easier to be mistaken for a bum,” he says. He has become a ghost, thus the book’s title.

This is all very well and good, but one wonders if a book about diminishment should be an inch or two thicker than its predecessor. Ghost Train is in great need of a thorough edit, mostly for unnecessary repetition or bloat. On p. 468:

“Obluche was a place of wooden cabins and snowbound cottages, huts at the outskirts, like a scene of nineteenth-century settlement in a Minnesota winter – the small cabins, the picket fences, the thick icicles, and the chimneys sending up smoke, and beyond them a great emptiness of snowfields.”

“Most days were to be like that… hundreds of chimneys sending up white smoke, huddled behind flimsy wooden fences, many miles apart, birch groves, bare trees, a monumental emptiness of snow and sky…”

It’s easy to see Theroux’s aims here, but reiterating a monotonous landscape can make for a monotonous read. And the use of the word “monumental” to make one “emptiness” bigger than another? Puffery.

The older Theroux gets, the more his prose piles up, the more certain he is that he’s never going to find what he’s looking for. This is why Ghost Train to the Eastern Star was written, why Theroux took that second trip. He had no other choice. He doesn’t know what travel is (nor will he ever), so he’s got to keep traveling. In the meantime his observations on the self, knowledge, experience—the constituent parts of travel but far from the whole endeavor—give Ghost Train its shape. When the opportunities for observation are over, so is the book. Theroux finishes it on a train in the Chunnel, back to London where he began: “At the end of my day’s notes I wrote the one word, Done.” 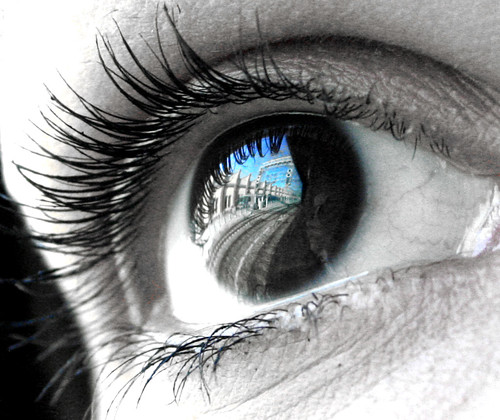 Then he immediately contradicts himself in one long paragraph totally unnecessary except when he writes: “Arrivals are still departures.” Clichéd, yes, but also relevant. This trip is finished, in other words, but we’re still going to have to figure out what a trip is, what it means, even after he’s listed for us forty travel authors and analyzed their work at length, even though we’ve met some of them in person, even though we’ve visited forty cities, even though we’ve learned a surprising amount about Theroux himself. We still don’t know what travel means, or who we are when we travel, which is—good.