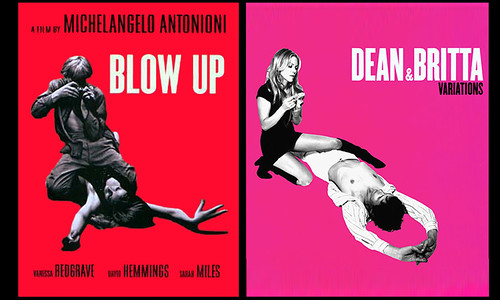 When Dean Wareham & Britta Phillips–formerly of the band Luna, now known as simply Dean & Britta–decided to make music for thirteen of Andy Warhol’s legendary Screen Tests, they embarked on a curatorial journey. The results are so much fun that I wish more curators were actually musicians. The album, 13 Most Beautiful…Songs for Andy Warhol’s Screen Tests, is out this month, and the live show is currently working its way from coast to coast, with a stop in San Francisco, via the San Francisco Film Society, on February 3.

The original Screen Tests were a democratic (if ghostly) process. Every Factory visitor, from Nico to Salvador Dali, was told the same thing if they were placed in front of the 16mm camera in the mid-1960s: be still, don’t blink. In putting sounds to the dreamlike stares, Dean & Britta capture the feeling of waking up within a lucid dream. The married duo is no stranger to film. They were heavily involved in the music for Noah Baumbach’s The Squid and the Whale, and their new music label, Double Feature, speaks to this fascination with imagery and angst. Plus, way back when, Phillips got her start on TV as Jem’s singing voice!

The Rumpus: How did you choose which Screen Tests to use for this project?

Dean Wareham: I went down to Pittsburgh and looked at probably 100 or 150 of them, just quickly. I brought back about 30 or 40, sat at home with Britta and tried different things against them. That was the difficult thing, widdling it down to thirteen. It took months. Then we spent time just looking at them, trying music, reading and watching documentaries about the characters and the Factory. Of the thirteen, I think five of them are dead, so we looked at those ones differently. There’s something sad about watching these beautiful young people who died far too early. Well, not all of them died so early, I guess, but too early.

Rumpus: So you immersed yourselves in other Warhol works as well?

Wareham: Yeah, and I think that the more I heard about the Factory, the more I was interested in focusing not so much on some favorite movie star or rich art dealer who happened to come through and have a screen test made of them, but on people who were there every day, people who were crucial figures, like Billy Name. He’s the one who painted it silver. Even Dennis Hopper. He was important, in terms of Warhol. He was the first person–the only person–to buy a soup can painting at that first show. At the end, the gallery owner bought it back, saying that they had to keep them all together. 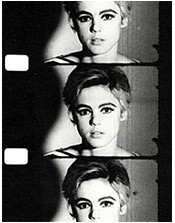 Rumpus: How did you decide which venues to use on the “13 Most Beautiful” tour? The aesthetics seem very important.

Wareham: It’s hard. The tricky thing is finding the right room. It can’t just play in a rock club, it can’t just play in a movie theater. We don’t want the films projecting on us. Movie theaters are hard because they don’t generally have stages. In New York we did it at the Allen Room, which is affiliated with Lincoln Center. They have a gigantic glass wall with a view of the city. At night they covered part of it with the screen. It looked great. In Vancouver it was a big, old theatre–a slightly decrepit place, which kind of suited [the project].

Rumpus: And you just arrive for the sound check, like you’re showing up to any other gig?

Wareham: It’s almost like we’re putting on a play. We run the entire show from beginning to end. We’ve scored film before and we’ve performed alone hundreds of times, but we had never performed a score along to a picture before. It’s tricky, but we’re getting the hang of it.

Rumpus: Right, it’s not like you were running around to the openings of The Squid and the Whale, performing live. The music supervisor on that film was Randall Poster, right?

Rumpus: When did you get involved with The Squid and the Whale? I mean, at what stage in the process.

Wareham:  I was involved around three years before they started shooting it. I was actually the music supervisor first, then they decided to bring in a professional….We’d all have meetings together–Britta and I and Noah and Randy–and Noah would come over to our place a lot, sit there and watch us work, try out ideas. He was very involved. He ultimately picked out all of the songs in there, though I suggested [Lou Reed’s] “Street Hassle.” He put that in a great spot in the film. 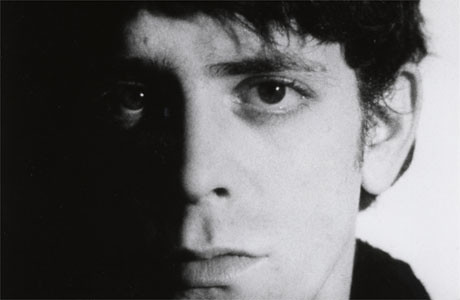 Rumpus: I have to ask if you were listening to Lou Reed and John Cale’s Songs for Drella, or other Warhol-related music, while working on 13 Most Beautiful….

Wareham: I don’t think Songs for Drella, no. Although obviously when you think of Warhol-related music, you think of the music of the Velvet Underground, so that shadow hangs over it. For the Lou Reed screen test, we do a Velvet Underground cover, an obscure one that popped up last year on the Internet called “I’m Not a Young Man Anymore.” We did that in New York and Lou was there in the audience. I can only imagine that it would have been strange for him watching this little portrait he made forty-two years ago, which he hadn’t seen since, projected there in this beautiful Lincoln Center room, with the New York City skyline and Central Park behind it. All of the things he and his crazy friends made back then. Warhol had a huge impact on the history of art music, I think. [It’s not just] his connection with the Velvet Underground. It’s hard to imagine David Bowie being what he is now without Warhol.

Rumpus: It’s hard to imagine your music existing without Warhol. Luna had a style–and you and Britta do this even more–that was understated but really strong, emphatic. Things don’t have to be really flashy all the time.

Wareham: Thanks. Yeah, it’s interesting. We worked really hard on these, then you read about Warhol saying, “Just do whatever’s easiest.” I’m not sure he would have worked so hard. Not that he wasn’t a tireless worker, but he was also not afraid of just doing something that would completely bore people!

Wareham: Yes! We’ve started a label to re-release our first record [L’Avventura], and now we’re putting out a couple of other bands–a band from Australia that I really like, called the Sand Pebbles, and this singer from New York who calls himself Cheval Sombre. It’s interesting to see it from the other side. It’s a lot of work, and right now it’s just me and Britta doing it.

Rumpus: So you’ll be putting out online downloads and CDs? 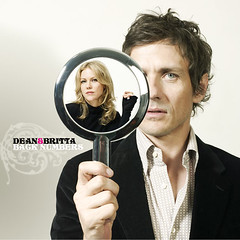 Wareham: We made vinyl for our first album, L’Avventura, because fans are always bugging us for vinyl. People say, “Everyone’s doing vinyl again. There’s an upsurge.” But the truth is that most people don’t own a turntable, and it’s hard to get vinyl in the stores, it’s hard to sell them. People say they sell them at Urban Outfitters, but you know what? It’s just a fad. You might sell a slinky at Urban Outfitters. It’s in one month and not the next. And vinyl is super-expensive when you do it in small quantities. For right now, alleviate vinyl, but I don’t know, we’ll see.