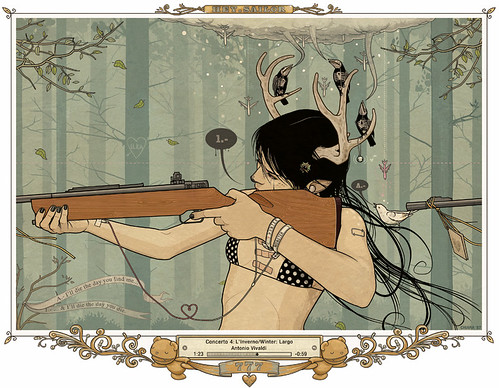 I first found her art over at DesignLlama while looking for something interesting, and that was the end of my search. Or rather, the beginning.

MILK doesn’t deliver herself up much beyond her MySpace page, though there are a few short interviews here, here and here. The woman behind MILK is Chiara Bautista, a Tuscon-based graphic designer in her early 30s who regularly wins awards for her work at the Arizona Daily Star. Her art is apparently not for sale, not accessible beyond the Internet. In fact, it seems more like an inspired, private exercise, an illuminated journal revealing the almost magical pain of a young woman’s broken heart.

MILK’s work is rich with symbolism—from Japanese-inspired cephalopods, to skeletal birds, cages, deer, piercing arrows, wounds, falling planes, teddy bears, and drugs—lots of them—which may be as much a symbol for obsessive love, as they are more obviously for addiction. Vulnerability, physical and emotional injury, mortal passion–these are just a few of her themes. And there is always music: floating mp3 files, or a distinctive label connecting the work to a specific piece of music. Because MILK is so elusive, the illustrations, and her identity, make up a puzzle that is part of what makes her art so fascinating. As much as I wanted to pull back the curtain, I also wanted to savor the enigma that is indispensable to her persona. 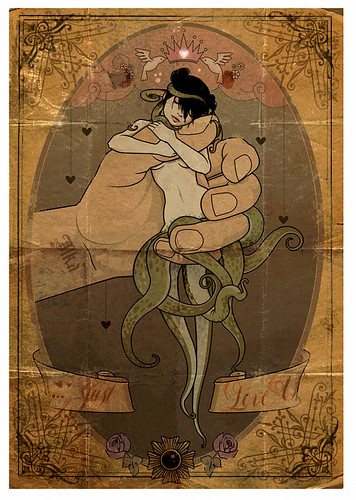 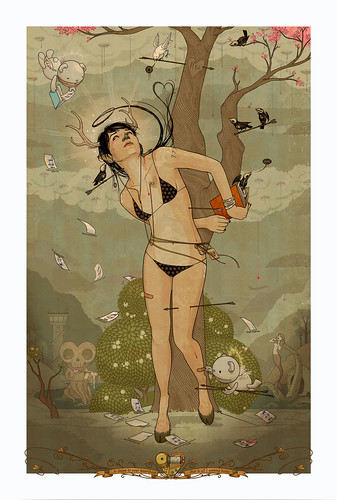 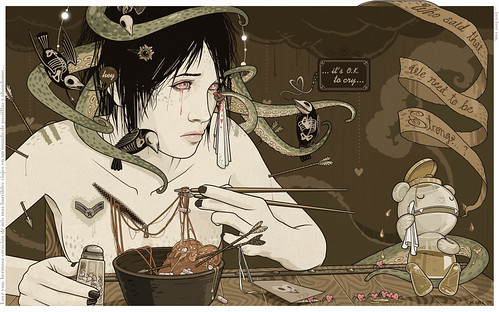 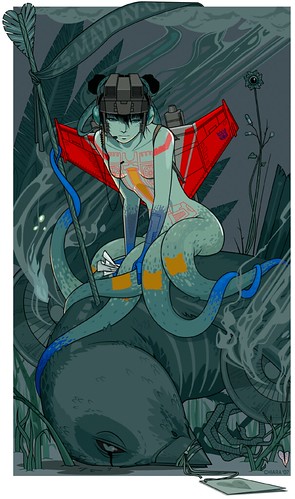