MONDAY 12/28: Ludacris–For the Apollo’s final concert of the year, the venue presents one of the biggest names in entertainment–rapper, actor and philanthropist, Ludacris. The Atlanta-based hip hop star performs hits from his latest release “Theater of the Mind” and classics like “What’s Your Fantasy.” $49. Apollo Theater. 8:00pm. 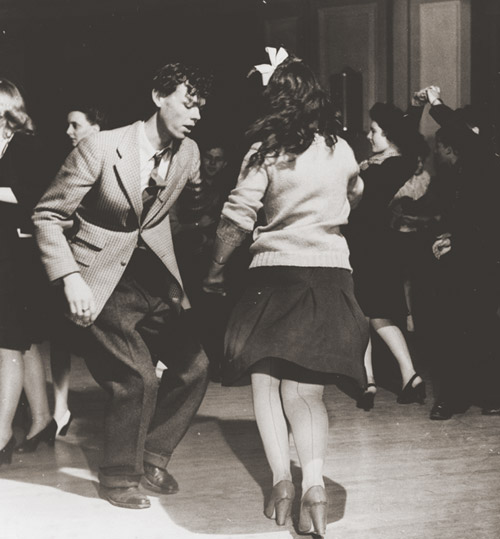 Madcap Manhattan continues its run at the Film Forum with Swing Time, the pinnacle of the Fred Astaire-Ginger Rogers collaboration. 8:10pm. Film Forum.

Guggenheim Museum Celebrates its 50th Anniversary: In honor of its 50th Anniversary, the Guggenheim has produced a documentary film on the history of its building, collections, exhibitions, and the development of its international network. The 27-minute film combines archival materials—including talks given by Solomon Guggenheim and Frank Lloyd Wright—with contemporary footage featuring artists, art historians, architects, architectural historians, and curators. 11:00am and 11:30am. 1071 Fifth Avenue (@89th Street)

SATURDAY 1/02 -Pay What You Wish at the Guggenheim. Formerly offered on Fridays, Pay What You Wish hours are hosted by the museum on Saturday evenings from 5:45 to 7:45 pm. 1071 Fifth Avenue.

ART: From 1985 through 1997, Robert Bergman traveled America’s Midwest and East Coast by car with a 35mm format camera, taking portraits of people he met by chance. After spending a brief time with each subject, Bergman created portraits of people in the urban locations where he encountered them, using only available light. Bergman is currently holding two debut solo exhibitions, one in Washington D.C. at the National Gallery and one in New York at P.S. 1 Contemporary Arts Center (22-25 Jackson Avenue, Long Island City). In conjunction with these two solo shows, the Yossi Milo Gallery in Chelsea is holding an exhibition of Bergman’s color photography.

Other images in order of appearance: Photograph of dancers from the Library of Congress; photograph by Ellen Von Unwerth; untitled photograph from Robert Bergman: Selected Portraits at P.S. 1 Contemporary Arts Center.

News about notable happenings in New York can be sent to rozalia-AT-therumpus.net