Yesterday, I read about Patricia O’Brien’s choice to submit her widely rejected sixth novel under the pseudonym Kate Alcott in the New York Times, the unprecedented success it resulted in, and felt the need to assert myself. My name is, has always been, Kathleen Alcott.

My first novel, The Dangers of Proximal Alphabets, is set for publication this September from Other Press. It’s a story about family—much like my name is. I often feel that I’ve never had much choice about the path I’ve taken, that sentences of elaborate and loving construction course through my body as much as my blood does. I’m drawn from a long line of people who felt the opportunity of the page, the importance of the most precise word, to speak loud and long.

My grandfather, Bernard “BJ” Alcott, edited the newspaper in Maryville, Missouri, the town where my father was born in 1941. Even before he’d hit puberty at full swing, my father, too, joined the buzz of the office. My grandmother, Muriel, weighted by the era she’d been born into, wrote poems in between the wants and needs of three children, in the shadow of her husband, a man who commanded the room with an eviscerating wit. His place at the newspaper negated the very possibility of hers, a fact that left her stifled. Later, my father speculated she’d felt trapped between these roles of artist and mother, writer and wife. Muriel made it clear to him on several occasions—ones she would subsequently apologize for with decades-old regret; with an aging, aching begging—that she wished for a life that had bloomed in another direction. After BJ died, she became the writer she’d always been, secured columns in regional papers in Arizona, Arkansas, back in Missouri. Her poetry in these years bleeds her late husband as she navigates the guilt that lies in filling his absence; the hand on the wild expanse of the bed in the middle of the night that remembers, once again, she is alone. When my father David left home, he set out to study writing; this aspect of his family, at least, he was unable to rebel from. He would come home unannounced in irresponsibly purchased sports cars, smoking cigarettes, and take his two younger, well-behaved sisters for drives on the residential streets. They admired and feared him with equal greatness. “Black sheep” was a title afforded early and accurately, and he didn’t speak to one of his sisters for many years. He went on to report for Radio Free Europe in a Czechoslavakia where he was unwelcome, where men with long guns threatened his life; he wrote for Cesar Chavez’ newspaper; he saw the glory of Fleet Street in London at its peak; he drank in the world hungrily, and often without other food. I mean to say here that my father gave up much for his pursuit—namely the financial/emotional/geographical stability that many of us name the qualifications of an adult. I was born in 1988, in my father’s 48th year, and he tried with all his might to be a father to me and a husband to my mother (whom he met, I might mention, at the newspaper where they both reported).

A taut tether never suited my father; they divorced quickly, and he took to leaving town for months at a time, living out of an overflowing van. The small town in Northern California where we settled did not offer much in terms of what he deemed important reporting, but ultimately he returned. He took a job at the tiny, hokey local courier, and proved himself once again. When he began an unflagging investigation of a local property scandal, he uncovered one of the largest incidents of voter fraud in California, smack dab in the middle of cheery suburbia. He finally received the Pulitzer Prize nomination he’d always dreamed of— as well as a quick termination from the paper, which operated under the malign influence of the town old-timers who didn’t appreciate where he’d put his nose. In my dreams sometimes, I am still in the newsroom with my father, writing stories under his desk like I did, at the age of six, feeling a kind of lucky and contained that adult life rarely furnishes. I peek through his gigantic legs and I listen to the song of his word processor. Maybe it’s now I should say that my father’s been dead for nearly eight years. Maybe I should offer that the only person I wanted to call when my book sold was my father, and that celebrating emerged as a complex art.

At his funeral, my grandmother’s keens came from her body with progressing volume and none of the censorship so often present in our culture’s mourning rituals, adding another tremor to the already unsteady boat on the body of water that accepted his ashes. In the phone calls I received until she died several years later, she told me she often woke up forgetting he was gone, that she wished she knew where to send the articles she still clipped for him, that her world was not the same without his brain around to interpret it, that she hoped he’d forgiven her.

My father desperately (albeit briefly) researched our ancestry, hoping to reveal the definite path between Louisa May Alcott and the rest of us that his father had insisted to be true and real. This was pre-internet, and the only inklings he found were tenuous, but still, we all liked to believe we descended from that legacy. My grandmother sent me several editions of not only Little Women, but Louisa’s other works: Under the Lilacs, Morning Glories and Other Stories, and Transcendental Wild Oats: A Chapter from An Unwritten Romance. My father studied the life of Amos Bronson Alcott as well, and took heart from the man who rigorously schooled his children in art, nature, decency, and thought, all in the context of a life-long poverty that mirrored my father’s. 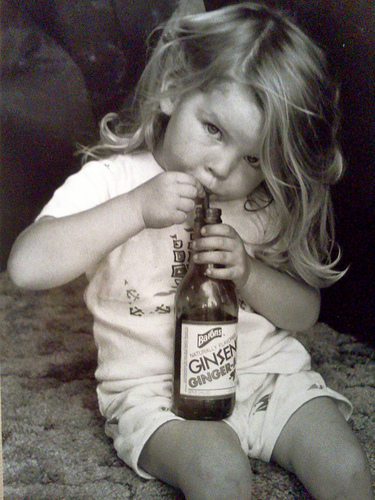 These are the letters that form my name: my grandfather’s swift editorial ability from behind his large typewriter, my grandmother’s turns of love and sacrifice and art, the unsuccessful queries my father sent out for books that never published, the silent words we send to people that don’t breathe anymore.

I don’t write with anger or malice. I only wanted to direct a light towards the story that peeks out from the nearly identical name I now share with another writer.  I hope that, should she ever stumble across my book on a shelf, she might finger the first page, remember this mythology I’ve presented, and decide to read on. From what I read, I understand “Kate Alcott” commands five novels and 70-odd years under her original name. I’m glad her book found its path home, and I wish her congratulations on her recent success. But my name means a great deal to me. I’m the last Alcott in our family, in fact, and I’ve never met another—Alcotts are few and far between. For me, it’s a badge that comes with wild dreams, many unfulfilled; with the silence that comes just after the final period is placed and just before we move to face what we’ve created; with hopes that curve around love, around the people we try to be and the people we’re not.