Steven Barthelme’s new collection of short stories Hush Hush plays like the best of saddest love songs. These are elegiac, yet hopeful stories about characters who bumble through existence, struggle to articulate their feelings, and careen towards moments that can’t be unlived and precipices where possibility, crushing loss, and logic-less misdeeds intersect. Which is to say that Barthelme’s view of the world is a luckless, but romantic one.

In “Claire,” department store salesman Bailey Long shows up on the doorstep of his ex-wife’s apartment to borrow yet another thousand dollars to gamble away. She clearly still loves him, but in the way ex-lovers never fully stop loving. For Bailey, however, the loss of Claire still gashes. Claire is a symbol—“the only thing that ever happened to him in his whole life.” And Bailey’s the type of guy to which much happens. He plays casino blackjack all night, drinks too much, skips work, maxes out seven credit cards, and can’t even enjoy the moment when he wins big.

There was no way he was going to be able to sleep with all that brand new money. There was something disappointing about it, anyway. It was like being a kid and doing something spectacular about which no one cared, like getting all the way home through the woods without ever touching the ground, or hitting a home run in an empty park, when it didn’t count. 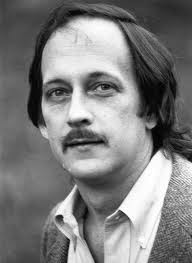 It’s four in the morning when he goes back to Claire’s apartment to repay her loan. He’s blown off dinner with her and her much younger fiancé. It’s clear that Bailey has returned not to get square with Claire but to win her back. Sadly, like the casinos Bailey frequents, Claire has other plans.

In her white outfit, in the soft morning light, she didn’t look so much uncomprehending as horribly indifferent. She shrugged. “I got older.”

Bailey stood up. “All that time, the time we were together, when I was a lowlife, a slacker, every goddamn day, it was electric. Something wonderful was coming. I remember how wonderful stuff at the grocery store was, those Rubbermaid things and the little hardware display and funny vegetables. Then I got a job and a nice fat salary.” He turned his palms up and gave her a puzzled look. “All gone,” he said.

There’s a throwback quality to Barthelme’s stories. His settings are American, but not particularly specific, beyond the repetition of strip malls, empty parking lots late at night, and starving, stray cats. His prose is clipped, realist, Carver-esque. His characters believe in wonder and beauty that often doesn’t exist in their lives. They believe in a generalized Shangri-La that their bleak situations don’t seem to justify. That friction between one’s hopes and one’s reality sparks the humanity in Barthelme’s work—his respect for the small, but significant desires of the wounded.

In “Interview,” Terry Quinn quits a well-paying job at a law firm, abandons his life in Atlanta, and drives a thousand miles back to Texas. He stays in a motel while he searches for a new life, a new identity. At a party, he meets a captivating woman, who gives him a lead to a job at a car repair shop, where, to his surprise, Quinn finds that new life. In “Hush Hush,” Tilden, a twice-married bank manager, is visited by a beautiful, adult daughter he’s never met. All attitude, sparkling black hair, and clingy short dresses, she’s looking for a place to stay, looking to destroy Tilden’s contented, but sad and lonely routines. His feelings for his daughter become increasingly complex, sexual and paternal, and by the end, it’s Tilden’s heart, not his daughter’s, that’s breaking.

In 1997, Barthelme and his brother Frederick published the gambling memoir Double Down: Reflections on Gambling and Loss, which tells the tale of the $250,000 inheritance the brothers gambled away in Mississippi riverboat casinos. A gambler’s compulsions are on display in Hush Hush. Characters are named Quinn in several, unrelated stories. Charming, younger women beguile unhappy, older men. Barthelme’s narrators befriend stray cats as if there’s an unsecured animal shelter in every strip mall. These tics don’t intertwine the stories or elevate the collection. Instead, they make the collection feel narrower in scope, like variations of a single short story.

Still, Hush Hush more than deserves its own place on the mantle of celebrated contemporary short fiction collections. Firmly realist, Steven’s work is distinct from his influential literary brothers Donald and Frederick. Hush Hush references a 1960 blues song by Jimmy Reed about there being too much noise, but this collection is anything but muted in its attention to the secret suffering of Americans more likely to lose than to win.