At one time in Human History, there were people who believed in Legend. They could call it Religion if they wanted. They looked forward to it, because they knew Legend was possessive and empowering. It would stand like a straight rod inside them. It would logic in them. And it would actually make the world make sense. Why did Human History ever agree to rendez-vous with the Modern, or the Enlightenment, or the Postmodern? Why has Human History kept making babies, when it knows that all those babies are going to live in a Legend-less confusion? One: Because Human History is stupid. Two: Because Human History has a mysterious compulsion to procreate. Three: Because Human History might be stupid, but it’s also wise enough to see confusion is actually an opportunity for new logics.

Which is one way to read the Legend implicit to Mary Szybist’s Incarnadine. What do you know about Mary? Like Mary, Mary. The Bible Mary. What can anyone know about Mary? Did you know she she was overpowered by the Most High? What’s the Most High? How did intercourse with the Most High feel for Mary? What do you think Legend meant to Mary after she’d experienced the Most High? I’ve read Mary Szybist’s book Incarnadine, and one of the things I want to do is ask questions about Mary. Is it a coincidence that Mary wrote a book about Mary? Does the author, Mary, have a child? No. Is that relevant? Yes. But relevant only if you have a hard time seeing anyone featured in a Biblical story as being a real human being. Mary was real, and Mary is real. She wrote a book.

She’s written two books, actually. And they both find the persona of Mary to be an important literary device. Granted, Szybist’s first book, is more subtle. Many poems, like “What If I Could Look at You” or “What the World Is For” describe desire as felt by a contemporary speaker. But then other poems reference Mary Magdalene (as someone who was an intimate of Christ) or Mary, Christ’s mother (who would be pregnant by a Most High who was always so distant) as desiring figures. The poem “Long After the Donkey and Desert” speaks to the complicated tenderness Mary must feel for a lover who could be present (in that complicated way God would be present to Mary in particular) and not present. “Everyone has angels, but who has an angel’s child? / Woman with raven hair, you said, woman with fruit. / I was eating a pear when you came, so it sat, / half-eaten, for hours, lopsided, dry.” A poem like this alluding to Mary’s physical experience of the Annunciation as loving and possibly rapturous, when mixed with the more personal poems from a poet named Mary, is the core coincidence that informs the nature of desire as it is appears throughout Granted as something both holy and human. 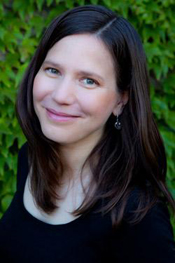 How shocking, then, to find in Incarnadine a poem titled “Annunciation in Nabokov and Starr,” where the Nabokov is Lolita’s Nabokov and Starr is Kenneth Starr of the Clinton-Lewinsky scandal. The poem opens, “I simply can’t tell you how gentle, how touching she was. / I knocked, and she opened the door. / She was holding her hem in her hands.” Here, Szybist tells of an Annunciation that is crude and real. The same Annunciation, which, as told through her poem “Annunciation (from the grass beneath them),” may have happened on a lawn, where the grass was touched by God. It is as if Mary knows Mary’s life. She has a privileged view of it. She’s named Mary. And perhaps in the most ridiculous and at the same time resonant gesture, Mary Szybist indicates she could use some perspective on her life by considering how that Bible Mary she seems so familiar with is full of her own confusions.

The result is a 21st Century religious poem that is both personal and faithful. And full of confusions. Carl Phillips, in his essay, “No Rapture: The Psalms and Restiveness,” describes the speaker of the Psalms as a man full of confusions. His God was an absolute God set in His ways. But the speaker of the Psalms still beseeched and praised and jubilated about all he knew regarding God. As though his poems might change God’s mind. But one working definition of faith could center on a comforting acceptance of paradox. Mary Szybist speaks with such yearning for Mary’s divine conception. But she is also Mary, a 39-year-old woman “…who has become one of those childless women who reads too much about the death of children” (from “To Gabriela at the Donkey Sanctuary”). The job of a 21st Century poet, like Carl Phillips, like Mary Szybist is to make illogical logics like faith natural, not just divine. Do you remember that Mary, pregnant with Christ, was still a virgin? This is not logical. And, of course, it is common for religion to make illogical logical. And so Szybist artfully reconciles the legend of the Annunciation with our contemporary culture. Sometimes with humor, as in “Some Updates about Mary”: “It is not uncommon to find Mary falling asleep on her yoga mat when she has barely begun to stretch.” Sometimes with painful reality, as with “Notes on a 39-Year-Old Body,” that starts with a quote about the color and physical appearance of women’s ovaries, and then becomes an erasure poem. Incarnadine is sophisticated, wry, faithful, divine, contradictory, tragic and allusive. Deeply allusive. Which is the nature of faith, the Human History of faith.