Soul in Space, Kocot’s sixth collection, takes its title from Randall Jarrell’s “Seele im Raum,” a poem filled with negation and second-guesses, delivered by a presumably female speaker grappling with the presence (and absence) of a soul in the room. At one point, the speaker describes the soul’s shape as that of an eland, an antelope native to Africa. Later, she discovers a linguistic coincidence:

Today, in a German dictionary, I saw elend
And the heart in my breast turned over, it was—

It was a word one translates wretched.

Not everyone finds this insight as striking as I do. Critic Adam Kirsch, in The Wounded Surgeon, calls the animal “an arbitrary symbol of [the speaker’s] suffering and depression,” and decries Jarrell’s reliance on a “bilingual pun.” Likewise, B.T. Thomas, in American Notes and Queries, argues against the notion that the eland got its name from the miserable, “wretchedly unhappy life which [it] leads,” calling the idea “very ludicrous.” And yet, the poetic etymology Jarrell provides seems to serve perfectly as an image for the potentially terrifying, metaphysical center we all possess. Why not see it as an unfamiliar figure with such a fitting name?

As in The Bigger World and Poem for the End of Time, Kocot again roams an aesthetic stretch of the unconscious in order to confront the spiritual, split this time into four numbered sections, each with a distinct formal and tonal character. The first section contains tiny, scattershot thoughts bundled together in couplets, several tercets, and only a few in longer, single stanzas, every one filled with the bright neon of being and life’s dark longing. An early poem, “Wake Up,” treats silence and excitement as two inseparable sides of experience: “Tumbling at the edge / Of disaster, // This is how I lived. / Oh see how the chrysanthemums // Are dry now, / Yet still beautiful.” In this deft maneuver, Kocot identifies her speaker with a flowering perennial that has survived a thunderstorm, settled afterward, and remains beautiful, if not quite the same, as when battling the celestial flux of good fortune. Kocot’s physically trans-figurative imagery, like the sun as “lemon day” and night with “flesh-toned moon,” creates an impression of slow motion or the still life of a Lars von Trier film montage. By way of example, here’s “How I Know I Am Not Really Living”:

When darkness falls, the scent of wood
Is strong. The deer has shed its antlers.

The feeling of labor turns orange in the dusk.
A bug of light in the detritus flies away.

The ability of such physical intimacy and sensory attention to convince the speaker she’s not living, recalls the last line of Jarrell’s “Seele im Raum,” for there, too, a psychic, almost psychotic, desperation manifests: “To own an eland! That’s what I call life!” As if possession of an African antelope can satisfy an existential emptiness. But, as in Kocot’s poem, the thing itself is also symbol, a material stand-in, as pathetic an attempt as any object. The second section of Soul in Space makes Jarrell’s conceit more immediate by adopting the impersonal pronoun “it” to describe what I assume here, also, to be a human (or human’s) spirit, albeit less fantastic, more haunting and believable in Kocot’s imagination. Perhaps tellingly, this is the book’s shortest section, at just nine poems, eight of which consist of double-spaced, single lines. Here’s an excerpt from the sole exception:

It liked looking at pictures of cats
On the computer.

It was becoming that kind of person.

It lit a torch in the wind, and said,
How special.

It ate a lot of soup.

Kocot’s version of the soul, if that’s what “it” is, behaves way more like a human than Jarrell’s fanciful eland, realistic in its sad, domestic inanity. We start to see, not just the person “it” becomes, but ourselves in it’s formation, it’s slow unraveling. I can imagine an entire book composed of the rest of the poems Kocot wrote in this style. In her Acknowledgements, Kocot says her editor “meticulously winnowed [the book’s 100+ poems] out of a gigantic pile.” But this short section contrasts greatly with the book’s third section, which consists entirely of syllabic, sonnet-like poems, lacking only the formality of rhyme scheme. The last stanzas of “Ballerinas” bite with especial intensity:

Domesticated fog creeps over the
East. But here, we reach a different
Conclusion. Who is to invent the
Value of our soft caresses, who is to

Say who is missing? The waves
Misunderstood their dry sufferings.
The moated birds misheard their
Wingspans. A bitten moon hangs

Above winter. The little teeth of
Ballerinas keep us warm, full of life.

Again we end with life, but here the small mouths of ballerinas provide a clear counterpoint to the amorphous, moving “it” from previous poems. Soul in Space seems to represent less a collection of pieces for conscious inclusion as a book, and more a piecing together of concentrated fragments. Indeed, another poem from this third section ends: “I make my little oeuvre like a bird gathering twigs for a nest.” And this strikes at least one reader willing to consider paratextual cues as the case. 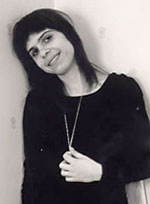 For in the book’s fourth and final section, the redactorial hand of Wave Books editor Joshua Beckman manifests most clearly, as poems here adhere loosely to the conventions of the previous three. And Kocot has gone on record about the fact that she does not edit her work, and emphasizes Beckman’s role in arranging the work for publication. “I don’t do anything consciously or deliberately,” she said in an interview with this fine publication’s Poetry Book Club. “In fact, I have a hell of a time trying to talk about my work because it is all so unconscious.” Which may explain the difficulty of assessing, evaluating, or otherwise talking about Kocot’s work: poems so closely tethered to an unconscious exhibit a brand of coherence that’s almost the exact opposite of far-out, experimental work, like Flarf or what people called Conceptual Writing, for a while.

But so what? Who cares if you or I can’t place an index on exactly what’s working and how? Maybe that’s what makes Kocot’s work so captivating, at times, so perplexing. She grants a rare opportunity to dive unrestrained into a mind at work in language. And I doubt the poet’s terribly concerned with what any of us have to say. One amusing bit of potentially acerbic verse from this last section’s called “To A Critic.” It ends:

And the pinstripes of light
That slice these ragged words

Only point to my yearning to return to dust,
And I fear that I will want this until I am,

As you are, artless and ready,
Rising to catch the stillborn day.

Seems the speaker here provides a response to critics like Mr. Thomas and Mr. Kirsch and even Yours Truly, I guess. And yet, Kocot’s undiluted process, her unabashed exposure of raw work, has attracted quite an audience, with six books down and more, I’m sure to come. And if the good folks at Wave seem to think publishing Kocot’s verse is worth the labor of wading through however many hundreds of additional poems she originally produced, I’m inclined to concur.