My ex-wife—well, she wasn’t my ex yet when this all happened: she was still my disappointed wife, my ashamed wife, my why-did-I-pick-this-fucking-guy wife—decided that we should forget about the fact that we hated each other and go out to a fancy Valentine’s Day dinner. It was only one meal after all and what could go wrong?

The answer was simple.

I could go wrong.

And I did. I went from martinis to a few beers and we drank a couple bottles of champagne during the meal and don’t forget after-dinner drinks. We had to cocktail hard, otherwise there was this whole conversation thing and we certainly didn’t want to talk to each other. Earlier that week, I danced with a gal on top of the bar at Lazslo and my ex got so pissed she pushed me off of it from behind and I landed on my head. I cut up my face and got a good shiner and probably had a concussion, but how could you really tell? I was so twisted on Fernet and ya-yo.

And you know how they say couples have to talk? That once the talking stops that’s when you’re really in trouble? That if you keep communicating at least there’s a dust bunny of a chance? We hadn’t been talking much at all. In fact, for the few days after she pushed me off the bar, I stayed at Shana’s house, commiserating with her and Michael, making up maudlin and self-sympathetic remixes of what had happened at Laszlo—how I was the victim, she could have killed me pushing me like that! Shana and Michael were basically my best friends, and even they thought I was in the wrong on this one.

So I slunk home with my tail between my legs. I don’t even think my ex took her eyes off the TV when I rolled in. She loved watching that guy who had convinced everybody that he was a medium and could talk to dead people. The whole audience was stuffed with suckers who wanted this hack to chat with a particular ghost from their lives, a loved one who had died. He’d amble through the crowd and say vague and ambiguous things about one ghost or another until someone would take the bait and say, “That sounds like my dead sister, Trixie,” and the charlatan would say, “Did she like spaghetti?” and they’d say, “Oh my gosh, she loved spaghetti!” and everybody would pretend that the medium was conversing with Trixie from the afterlife.

It was obviously a sham, but my wife needed to believe in something and this guy fit the bill. I wasn’t giving her much to believe in. We spent pretty much every night in one Mission District bar or another. We fell in love in dive bars, but recently she grew weary of going at it so hard every night. Me, I wasn’t growing at all.

Weary? Of what? Of whiskey and jukeboxes and black humor and free peanuts? Of friends and adventures and bummed smokes? Of giving a kiss to an angel you’ll never see again? Of all singing along when “Sister Christian” starts playing from cheap speakers?

I’m not one of those sober cats who looks back and demonizes everything from when they were dirty. I’m glad I fucked up so much. Glad that I got my nose busted and my heart mangled. Glad that I embarrassed myself all those nights because I learned what shame was. What shame is. It’s impossible to describe real shame to somebody who hasn’t thrived on self destruction.

But we were talking about Valentine’s Day, the two of us stuck with wonderful French food in front of us and having a terrible time. She could barely look at me. From her perspective, dancing on the bar with that woman was the latest example of me disrespecting her. She was right. I had bad boundaries with the opposite sex. I knew it and she knew it and everyone we ran around with knew it, and that was what made her so pissed: how public it all was.

A couple free Fernets with the bartender on our way out the door. He and I had watched the sunrise a few times and told 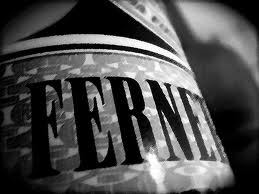 our war stories at mach speeds, all the cocaine making us sprint through our life’s woes. I can’t remember his name, but I can tell you that his mom used to beat him with a hair dryer.

My wife and I were calling it early that Valentine’s, going straight home. I had to teach in the morning. I was in grad school at the time and to get some experience in the classroom, I had volunteered at a halfway house, teaching creative writing to men and women a month or so out of prison. I had to be there at 9 a.m., and I didn’t like going stinking of booze. The people living there worked so hard to clean up their lives. I liked to pretend that I was trying too.

But the cops had other ideas of how this Valentine’s Day was going to end. Sirens and a failed field sobriety test. My wife taking a cab home and me heading to the drunk tank. Another DUI. Another night wedged in a cell with a bunch of other hammerheads. The highlight was always a peanut butter and jelly sandwich early in the morning. Did I really like them, or is that only how I’m remembering it now? I remember those sandwiches tasting like they were made by god, the almighty creator sticking a knife into each jar, getting the proportions just right.

As I chewed, I couldn’t help but think of my wife, watching me being led away by the police again, going home solo in that cab.  Did she cry? Was she relieved to have the apartment to herself? Was I a ghost in her life and if she was on that medium’s show, would she want him to contact me? And what would she want to know?

“Why are you doing this, Josh?”

“Why do you treat yourself that way, Josh?”

“Why do you treat me this way, Josh?”

“And what the fuck made you so broken?”

They let me out of jail about 8 a.m., so I had time to get to the halfway house to teach. I really wanted to go that morning. It felt important. Like if I did something for other people it would somehow make the night before less repulsive. Make me less disgusting. I stopped by a store and bought a pack of gum and a bottle of Gatorade. There was no time to take a shower or brush my teeth. No time to do much of anything except go there and hope for some universal ledger, an existential book marking down both the good things we do in our lives right along with all the bad, the selfish, the terrifically cruel.

I knocked on the halfway house’s door and somebody buzzed me in. The class was set to start in five minutes. I went to the bathroom to splash water on my face, do something with my hair. I looked like shit but didn’t care. Only cared that I was here.  Only cared that I was volunteering to help somebody else.

I could be a good person, right?

I could be better.

The class had started a couple months earlier and we met once a week. The number of students fluctuated based on who had job interviews, who had to work, who had house responsibilities, who had relapsed and gone back to prison.

The week before, we had fifteen students, which was a record, and I thought the class was our best yet and we’d build on it and things would get stronger with each session.

Which made it even worse the day I came straight from jail. Straight from embarrassing myself again. Straight from breaking my ex-wife’s heart in a new way. How many methods were there to trample her?

That morning, I walked into the classroom and no one was there. Not one student. It was 9:00 a.m. and I figured I’d give them a grace period. We all need a grace period. It was impossible that nobody would show. We’ve had small classes before, maybe five or six. Never zero, though. That couldn’t happen.

I sat there by myself until 9:30, and the only reason I got up was that I started crying. I ran to the bathroom. There I was, still sort of drunk and crying in the bathroom of a halfway house. There I was, the biggest wreck on the premises and I didn’t even live there.

That medium—could he contact his own ghosts or only others’? Could he whisper to the people who haunted his life and ask forgiveness? Could he find himself alone weeping in the halfway house’s bathroom and somehow stumble upon salvation?

And is there really such a thing as salvation, or is it a cheap salve we rub on our damaged souls to get through another terrifying day?

I was still years away from finding out the answer to that question.