It’s tricky when poetry starts to form a serious relationship with spent consequence. Because, first, everything’s probably already happened in your poem. What you’re writing about? It already happened. The stapler was stapled. The paper was folded. The grass was grown, and growing, and you cut that grass so the next grass could be grown. But even grass growing might be a site of too much consequence. Or rather too much potential for consequence. And yet that’s where Nick Twemlow starts out in his book Palm Trees. Yeah. Sure. There’s karate at the beginning of this book. And what a gifted, miraculous, fantasy-world karate is in the beginning. There’s the Jonestown massacre. There’s Walt Whitman being Walt Whitman in a state of great singing. But even these moments that are undoubtedly of great moment are reduced to some very heavy negating.

It’s like a George Saunders short story, that’s set in some shitty place with a bunch of shitty people being shitty to each other. And the whole time you’re reading the Saunders story, you’re thinking, am I ever going to get out of this? You’re not. Because we all know that that’s what life is. Which is kind of like high school all over again. High school, that simple structure committed to normalizing expectations, performed by teenagers who think they already figured out life, especially if it involves judging your life. But can’t you see, you’re all just in high school? No, of course you can’t see that, because you’re all just in high school.

So what’s the point to a poetry whose Powerful Implication is Everything Was Done, Is Done, Is Done More Than You Would Have Done It or Could Potentially Do It? The point is that is our culture. That’s dissipation. That’s the special kind of boredom we suffer through when everything we could imagine has already been turned on, the world of information is in continual bloom, and we’re still not satisfied. Is there any doubt that the 21st Century has been spoken for? Of course it has. But who here actually wants the 21st Century? Who wants to be the speaker in “The Hum” or even the cleaning lady the speaker just noticed and who he figured should maybe be treated like she was a human being. No, Confessional Poems of the World, the 21st Century doesn’t care for your measured epiphanies or your suddenly seeing a human as another human like you. Humanity as a concept? It’s spent already. Get the drift! From “The Hum”:

Twemlow fills in the narrative poem formula: Speaker dissatisfied with everyday life. Speaker realizes there is a world around him. He is not the center of the universe. Extra points if he can present an Other that further complicates his definition of humanity in the epiphanic moment. And so the paradox of contemporary poetry, that wants to be so potential about itself, but poetry has already been potential. It has already been human, as in aware of the human beings that make up this world. And poetry has been language, language-ish and non-language-like. So what’s left? If the only thing left for poetry to talk about is shittiness, then maybe we’re destined to a world that can only come alive when we are applying the most severe act of critique. 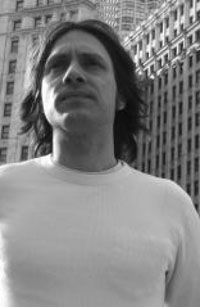 Nick Twemlow, what’s the point of my life? Is this the poetry of cynicism taken to its furthest degree? I don’t know. But it feels like this cynical, spent consequence is the site of a lot of contemporary poetry. There are the surreal-logic poems of, say, Heather Christle that seem to bloom with wonder, like in the middle of the sentence the speaker can’t help but let the sentence go blooming out of control. Then there are the surreal-logic poems of Nick Twemlow or Brenda Shaughnessy, an image-driven lyric that has been has been brought in to service cynicism. Where the surreal manifesto has been turned approximately 150 degrees (not all 180 degrees! there is hope yet!) to say that this life even when provoked by the active imagination is still this life. How do you write about a culture supersaturated by everything you could imagine? You make poems that anxious. Unnerved. Here, from “Palm Trees / 10”:

Even turning the sheet down, the skeptical alliance of thirsts, man overboard, crack rock making a comeback, so we kept things to ourselves, mostly. All this fuzzy interior, gondola of the mind, from this distance, the mountains appear to be covered in grass. Last night my addiction to you resurfaced, so I detoxed on the U.S. Open.”

A nothing event (like turning down the sheets) is skeptical is inconsequential (“man overboard,” oh, and “crack rock making a comeback” but the speaker doesn’t actually respond to these alarms) is nothing is nothing is nothing is nothing. The Twemlow poems I’m most drawn to are filled with a sublimated anxiety. Like the poems are inside the speaker’s mind numbing and disintegrating and evacuating all the content that should matter but won’t. They are destructive poems. But part of their destruction requires an implicit recognition that the wonderful exists. Unfortunately, there is no validating the wonderful in a world like this. A world filled with cubicle dwellers trying to be human beings. A world where denying yourself any emotion or fascination seems like a pragmatic solution to heavy feelings. And the result to me is like pairing the words dulled and titillated when describing erotica. Life is supposed to be charged with all this energy, but really living life is a strange experience, and sometimes it feel like life is more about coping than living. Does that make Nick Twemlow an erotic poet? Why not?