If the Internet can be a cesspool, then advice columns are an oasis in the muck—fertile islands where advice is given, relationships are forged, and the fluid-mosaic of cultural mores is made static. They are a place for self-reflection, entertainment, and connection.

The first advice column was published in 1691 by a London newspaper called the Atheniam Mercury. Since then advice columns have reflected a zeitgeist of our era, offering existential solace and guidance for a world in transition. The Internet, which has long been dominated by chat rooms, forums, and comments sections, is now seeing an advice boom of its own. The boom began with Dear Sugar on this site in 2010. Since then it has exploded. Carrie Fischer has an advice column; so do Saeed Jones, Mallory Ortberg, and Sara Bennicasa. They run the range from cheeky to practical, with sprawling essays on modern angst catalyzed by seemingly inane questions.

Heather Havrilesky’s Ask Polly began in 2001 on her own blog before moving on to The Awl and then New York magazine’s The Cut. Much of Havrilesky’s wisdom comes from her own hard-won lessons—she writes about her mistakes, her failures, and her vices, connecting with readers not as a firm voice of moral correctness, but as a friend. Each advice column answers only one letter and does so in essays that can sprawl on for 3,000 words.

Some of Havrilesky’s greatest Ask Polly hits, along with new answers, are collected in How to Be a Person in the World. The advice is funny, raw and earnest. Havrilesky has no chill. It’s easy to imagine her as a friend grabbing your arm as you talk over margaritas and guacamole, telling you that you are beautiful and the world is large.

The book’s answers are organized into headings like “Flaws Become You” and “Reckoning, Anger, and Obsession.” These headings give the reader a roadmap for understanding how to approach each essay, but they are not definitive; often the essays and ideas bump into one another, echoing sentiments and frustrations. In Havrilesky’s world, categories are mutable and nothing is off the table.

That applies to her advice too. A question from a woman struggling to stay single inspires musings on Miss Piggy and reality TV. The effusive language is almost breathless in its intensity. Her last paragraph of advice to the woman hoping to stay single exhorts:

The world has told you lies about how small you are. You will look back on this time and say, ‘I had it all, but I didn’t even know it. I was at the center, I could breathe in happiness, I could swim to the moon. I had everything I needed.’

To a woman who wants to be a Buddhist but is struggling with the pull of capitalism, Havrilesky writes the perfect modern mantra.

I contain worlds. I have many interests and many tastes, and I give zero fucks about those who question my choices. I am doing my best to build a better world around me. Everything in my life does not have to match perfectly. I like pretty things but not the materialism that sometimes comes with them. I will resist this crack-infused world and do my best to make things that matter to me. I will not lost myself. 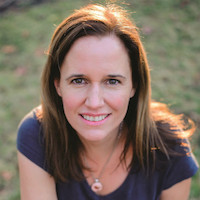 Ask Polly is reminiscent of Dear Sugar. In a Reddit AMA, she credits Cheryl Strayed with stretching the limits of the advice genre and showing what can be done within its confines. The advice is part personal essay and part cheerleader; the rest is just swear words and pop culture references. It makes for delightful reading.

Although the undercurrent of Havrilesky’s advice is about self-love, she does not let people off the hook. To a struggling alcoholic, she exhorts her to keep struggling. To a woman who dated her friend’s ex, she encourages her to apologize and show empathy to her friend, telling her in no uncertain terms that she screwed up. To a man with a new baby contemplating an affair, she reads him the riot act, calling him selfish. And yeah, he is.

Havrilesky is at her best when she zeroes in on the existential romantic crises of the letter writers, often reading between the lines for things not said, people not mentioned, questions not asked. To a letter writer trying to find out why she keeps falling for men in relationships, Havrilesky writes, “You’re not mysteriously falling into the same situation repeatedly. You only recognize interest when it has a predatory intensity to it.” She goes on, challenging the letter writer to ask better questions of herself than the one in the letter.

This often feels incisive, but when it is bound together in a larger collection and read back to back, it can come across as tedious. In a letter to a woman who laments that she is missing that spark with men, Havrilesky advises her to throw a fit and be a mess, digressing into a lecture on the joys of not being perfect. While lacking perfection is indeed enjoyable—who hasn’t felt gratified by a slammed door or stomped foot?—it seems too far afield of what the woman was asking in the first place.

The entire book is almost overwhelming in its unrestrained gush of love, self-acceptance, and a serious exercise regimen. As the advice pools together into a longer treatise on how to live in the modern world, the letters become almost secondary to Havirlesky’s feelings on life, love, and a fridge well-stocked with beverages. Individuals are steamrolled in favor of a larger point. I often reached the end of an essay feeling inspired, but hardly remembering what the question was.

But while the advice might not always be practical, it is soulful and raw. Even if she loses the initial question, Havrilesky never loses the reader, drawing us in with humor, honesty, and empathy. In the thick of this online muck of harassing comments, unsolicited dick picks, and exhortations to die in a fire, Ask Polly provides a place of comfort, a smile, and a moment of honest human connection.