As the #MeToo wave washes forth, I, an immigrant to secular American culture, find myself wondering: what are the rituals of atonement here?

Punishment follows this vague, emphatic public apology: jobs lost, gigs canceled, long weeks spent out of the spotlight. This is my exchange, this is my substitute, this is my atonement. “Will that do it?” the men swept away by #MeToo have begun to ask, impatient to return to their careers.

In college, I was a double major in art and psychology, my two great passions. Those were wretched, lonely years. I was newly ostracized from my family and painfully naive about my secular surroundings. Looking for guidance, I went to my favorite art professor’s office hours. He was a married man in his sixties, the star of the department, a highly acclaimed artist with work in major museums. I wanted to ask him about career options. He asked me about my background. I explained that I had been ultra-Orthodox and that I had been expelled from my community. He asked me if I had ever been a prostitute. 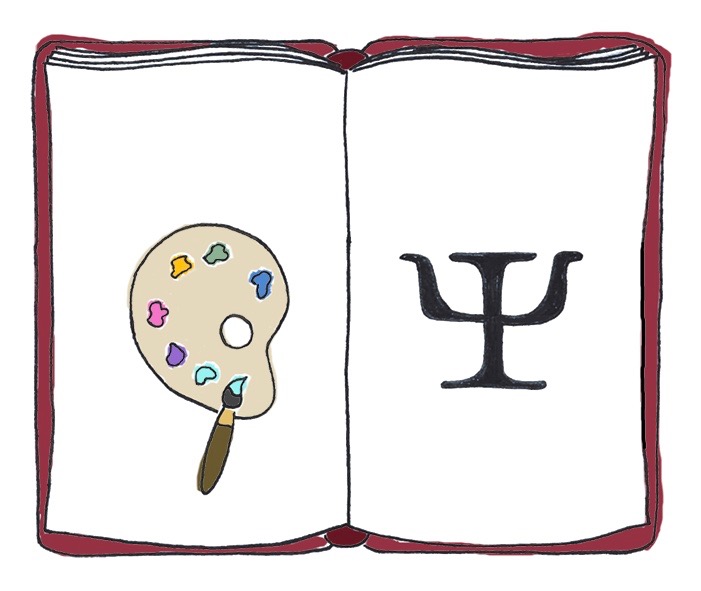 Of course, many women in academia experience far more troubling sexual harassment than this. Still, that single question was enough to shift the trajectory of my life. I learned that my sexual history was relevant to gatekeepers of academic opportunities. I learned that a willingness to engage in sexual talk would give me access to professors and their wisdom. I answered my professor’s questions about my sexual experiences and remained in his thrall until a few months later, when he invited himself over to my house and into my bed. I found the mettle to turn him down, but later, when a similar dynamic played out with an influential psychology professor, I gave in.

There is no way to deposit the misdeeds of these men into a chicken, kill the chicken, and make them or myself whole again. How could mere remorse undo the ways my teachers interfered with my academic development, my assessment of my potential, my understanding of my opportunities? What kind of atonement would guarantee a deep change in these men and keep future female students safe?

As #MeToo gathered steam, I began to hope that it might inspire thought about new communal rites of atonement, but some insist that it is too soon to speak of male atonement at all. “Why do we need to talk about the redemption of men,” Amber Tamblyn asks in the New York Times, “when we are right in the middle of the salvation of women?” I reached out to Rabbi Danya Ruttenberg, the Rabbi-in-Residence at Avodah, an organization dedicated to creating leaders for economic justice, who is popular for her tweets on racism, gender, and the kosher status of various mythological creatures. Can these men atone? I asked her. Should they? She wrote to me:

On a human, ethical level, there is always a path towards repentance, towards understanding the harm perpetrated and doing the work of repair and restitution, to whatever degree that is possible.

But what would that path to repentance look like? An apology may be the first step, but Jaclyn Friedman, the sexual educator who popularized the yes-means-yes standard, laughed as she and I discussed the inadequacy of the public statements offered by #MeToo men. She said,

According to Friedman, an apology needs to be specific and comprehensive.

I was reminded of an Orthodox Jewish practice, accounting of the soul, that came out of the nineteenth-century Mussar movement in Lithuania, inspired, in part, by a behavioral modification program developed by Benjamin Franklin. I never witnessed anyone do an accounting of the soul myself, but it was depicted in the religious comics I grew up on—old rabbis dipping quill pens into pots and spelling out every single misdeed they had committed that day. Perhaps, rather than flop skittishly from one legally wary phrase to the next, a satisfactory public apology would record every single act of sexual harassment or assault the perpetrator had ever committed, even those not yet revealed to the public, each with full awareness of the act’s impact on those directly and indirectly involved.

But if Louis C.K. produced a sincere apology with a thorough accounting, perhaps donated a large sum of money to a woman’s group or two, would that be enough for us to welcome him back on stage? When I asked these questions of Reverend Jennifer Butler, a crusader for the progressive religious movement who was the chair of Obama’s White House Council on Faith and Neighborhood Partnerships, she was wary of what she called “cheap grace.”

“Sexual abuse is really an abuse of power,” she said. “The justice component usually has to mean a removal from access to power. It’s hard for people who’ve engaged in sexual abuse to ever be in a position of power again and not abuse that power.”

I was sympathetic to her point but wary about too broad an application. #MeToo is not a celebrity disease. Statistics imply that hundreds of thousands of men are implicated in sexual harassment and assault, if not more. Are we going to erase them all? Where will we send them? What will they do next, this subclass of humanity idling in penitentiary limbo?

Lisa Sharon Harper, an evangelical activist and preacher, warned me that it was dangerous to dismiss offenders as monsters. “It is that attitude,” she told me, “that has created the prison systems we have today. As an African American woman I can’t escape that.”

Every perpetrator, Harper explained, is part of a family, part of a community. To cut them out of the social fabric leaves behind painful tears.

“For me,” she said, “it is not enough just to heal the victim and survivor of violence, we must engage in the healing of the perpetrator so that we all can be well.”

Sarah Schulman, author of Conflict Is Not Abuse: Overstating Harm, Community Responsibility, and the Duty of Repair, also emphasized the importance of considering the larger context. She told me:

A lot of these people’s power was constructed in systems that have terrible values themselves. When that power is abused it’s not enough to just go around punishing the individual. That’s not the issue necessarily. There are personal transgressions, and they should be made to tell us why they think they did those things. But there’s a larger issue of their social power.”

This becomes particularly pertinent, Shulman stressed, when the accused are members of a minority group, like Junot Díaz. “This guy is the only Dominican who has reached the upper echelons of power in the white literary world,” she said. She continued,

One person. So that in and of itself is an abusive situation. Who’s responsible for that? It’s the people who run the white literary world who are constantly containing and tokenizing minorities… So then you have the situation of all these women writers who are Latinx or Latina who see that they can’t get in because of racism and [Diaz is] the only person with access and they feel that they must have access to him to get in. That situation is not only created by him, it’s created by racism.

One of the dangers of extracting an offending celebrity from his position of power is that it overlooks the way the enabling attitudes of that man’s institutional context and network of fans remain embedded in our culture. Even after the men in question are fired or otherwise pushed out of view, women like Rebecca Corry, one of the comedians who outed Louis C.K., continue to be harassed and devalued by fans and colleagues of the accused. “The idea that C.K. reentering the public eye would ever be considered a ‘comeback’ story is disturbing,” says Corry. And she’s right. But what about a “come clean”—a different kind of return? If one of the #MeToo men underwent a deep moral reckoning and committed himself to educating those who admire him about the nuances of consent and the damage done by sexual harassment, then, much like former gang leaders who now lead gang intervention workshops, might he become a powerful agent not just for more widespread change but for better treatment of his own accusers?

Each #MeToo revelation points to the ways that the issue of sexual harassment is far more widespread and insidious than any individual case. The men of America at large need a moral reckoning. I reached out to one of today’s best moral communicators, Cheryl Strayed, the advice-giver behind the Dear Sugar column and podcast, and asked what advice she might give to men in our culture in this fertile moment of change. She wrote:

What I would say not only to the men of America, but the men of the world, is that you need to unlearn the lies the patriarchy taught you. And you need to be brave and vulnerable in order to do that. You need to listen hard to women without getting defensive. You need to learn how to see what you cannot see right now because all these years your privilege has blinded you to the truth. I believe change is possible. But it doesn’t happen if you don’t try.

Seven years ago, when I discovered that I was pregnant with a girl, I was struck with terror. How would I keep her safe from the toxic masculinity that has so harmed me over the course of my life? I have spent the past six years plying my daughter with stories of heroic women, filling her with messages of empowerment. I think often of the blessing my father and five brothers recited every morning when I was a child: “Blessed are you, God, king of the universe, who did not make me a woman.” Girls recited a parallel blessing, resignedly thanking God for making us according to his will. I am determined that my daughter’s upbringing will be different. She will know her femininity is no curse, but a gift, a brilliant legacy of courage and strength. But now I am pregnant again, and this time I am carrying a boy. What will I say to this little one about the tribe that he will join? No matter how well I teach him to respect women as equals, he will inevitably be heir to certain cultural remnants of toxic masculinity. Just as I tell my daughter about heroic women who have overcome the oppression of patriarchy, I want to show my son heroic examples of men who have begun to do the difficult work of healing its terrible wounds. I ask the men of #MeToo, waiting in the shadows, looking for an easy fix—who better than you to become the public faces of that work? Turn your stories of shame into tales of valor. Enough with the trite apologies. Throw yourselves into real work. Accept that #MeToo is now and forever your brand, and devote your lives, your resources, your public power, to mending what you have broken. When you hear of colleagues or fans defending you or denigrating your accusers, publicly correct them. Learn from women about the impact of your actions. Lobby government and corporations for better sexual harassment policies. Teach our boys that atonement is possible.

Leah Vincent is the author of Cut Me Loose: Sin and Salvation After My Ultra-Orthodox Girlhood and the co-author of Legends of the Talmud, a collection of illustrated children’s stories. She has lectured at colleges and synagogues across the country and published essays in the New York Times, Salon, the Cut, the Daily Beast, Mask Magazine, and the Forward. More from this author →