Among the most important freedoms that we can have is
the freedom from avoidable ill health and from escapable mortality.
– Amartya Sen

And when I die
I shall not be forgotten.
– Sappho

I see her doing the rumba—Mama Fanta. Sixty-something years of age, with a smile that warms my heart—this Mama Fanta. Once a natural Gin-ger. She couldn’t continue loving gin once gin walked straight into her head and locked her out for days. Now a Fanta superstar—Mama Fanta.

I see her weeding her cocoyam farm. I see her carving a coconut from its husk with a glinting machete. I see her screaming at her four huge sons in black jalabiyas to stop taking heaps of sand from a hole on her farmland, and to get the hell off her property. I see her chasing a black python with the machete she has been using to carve the coconut. I see her roasting the python on a heavy tripod, rocking slightly as fire shrieks and hisses at dripping blood. I see her scrapping scales off the python’s back with the glinting machete. I look away briefly, maybe because I don’t do pythons. Maybe because I need few seconds to tweet about those who do pythons. Before too long, I face Mama Fanta when I hear a chesty cough that rises and rises. I see her splayed on the sand with a depleted oxygen tank plugged to her nose. I see her lying fixed in an ornate black box smelling of turpentine. I see her garbed in an immaculate gown, her hands folded across her chest. I see a man with a clerical collar drawing the sign of the cross over her ornate black box, and sprinkling it with holy water and Fanta. I see people hounded by grief hitting their heads against the ornate box. I see her four huge sons in black jalabiyas lowering the ornate black box into a hole on her farmland. The Father, the Son, and the Suzuki

It’s a teaching job in a secondary school. The pay is small. It cannot fill my nasal cavities but I make Usi and fresh fish Banga soup to celebrate. Just when I am about to understand what my cooking tastes like, Papa Chika comes into my house, dragging Chika by his T-shirt that reads, “You Only Live Once.” Chika’s face twists into an ugly snarl.

“Sir, did you come to my house to kill your Chika? How the hell would I have known all these things when I just got the job?”

Papa Chika doesn’t listen to me. He keeps slapping Chika. Chika stands still, face to the ceiling, eyes cornered in contempt of his father. When he cannot bear the hitting anymore, Chika collapses on me and begins to weep. A Motion in the Dark

We all meet at the crossroads. In the smoky dark. In the cold. Anxious, tense-bodied, stiff-backed. Naked before death—unprotected from the lurking hands of grief. Hoping. Hoping. Hoping.

No stars to gaze at tonight. Only what was once a plane full of breathing people, before the engulfment of a raging fire. In another world, this would have been sightseeing—floppy sun hats on heads, cameras slung around necks, eyes growing bigger and bigger. But aren’t we sightseeing in this smoky place with a load of burnt bodies?

So we sit tamely on Twitter handles, holding candles, hoping. Watching the white and red ambulances come and leave empty. Trying not to speak of the negative. Hoping you will tweet a racy tweet, telling us that you are alive—that you missed the flight, and so you had joined a company of kindred spirits traveling by land or water; that you are on your way; that you thank us for our concern; that we should dry our tears and go home; that when we get home we should leave the front door open before we jump into bed. Or, that we should put the keys where we know you alone will find them. So we sit tamely on Twitter handles, hoping, scaring away each other’s fear.

Experts of tragedy fan in with big torches, wearing reflective vests and plastic gloves, running, looking quite important, stretching yellow tape, placing orange traffic cones to keep us away, taking photos, taking notes, rummaging through the wreckage, talking in whispers, probing for details, very careful not to tell us yes or no—for now. We wait, reflecting on what will happen to us if they tell us that you too are gone. That you are no more. Someone starts talking of Lazarus who died and came back from the dead. Another, about the son of the widow of Nain, who died and came back from the dead; another, the daughter of Jairus, who also… Someone with a choke in their voice bursts into feverish prayers. Someone gibbering spreads a piece of black cloth with markings, and throws dry bones on it. We wait, thighs squeezed together and shivering, noses sucking deep breaths upon deep breaths, throats clucking. Professor, we pronounce your native names and call on you to reveal yourself and bleed out the tension in us.

Someone observes a motion in the dark. Another hears strange rustlings. Another perceives the perfume you wear. Little by little, the motion, and the rustlings, and the scent of perfume become an unmistakable figure before us, in a loose garment billowing in the wind. It’s you! You finally reveal yourself. But why don’t you come closer to us? But why can’t we get closer to you? But what is this ever-developing distance keeping us from wrapping you in an eternal embrace, from shaking and pumping your hands, and embracing you again and again? But what is this garment? Where is your grey suit jacket? And the matching V-neck sweater? And where are your tomes, Professor?

We raise Kwesi Brew’s lamp of love to your face, and when you don’t stir, when we see the reflection of our tears in your gleaming eyes, when your mouth opens and we find the stars lining your gums, when you break into a redeeming song, and when we hear white, seamless voices behind you singing along with you, we know the road that has taken you, Professor. 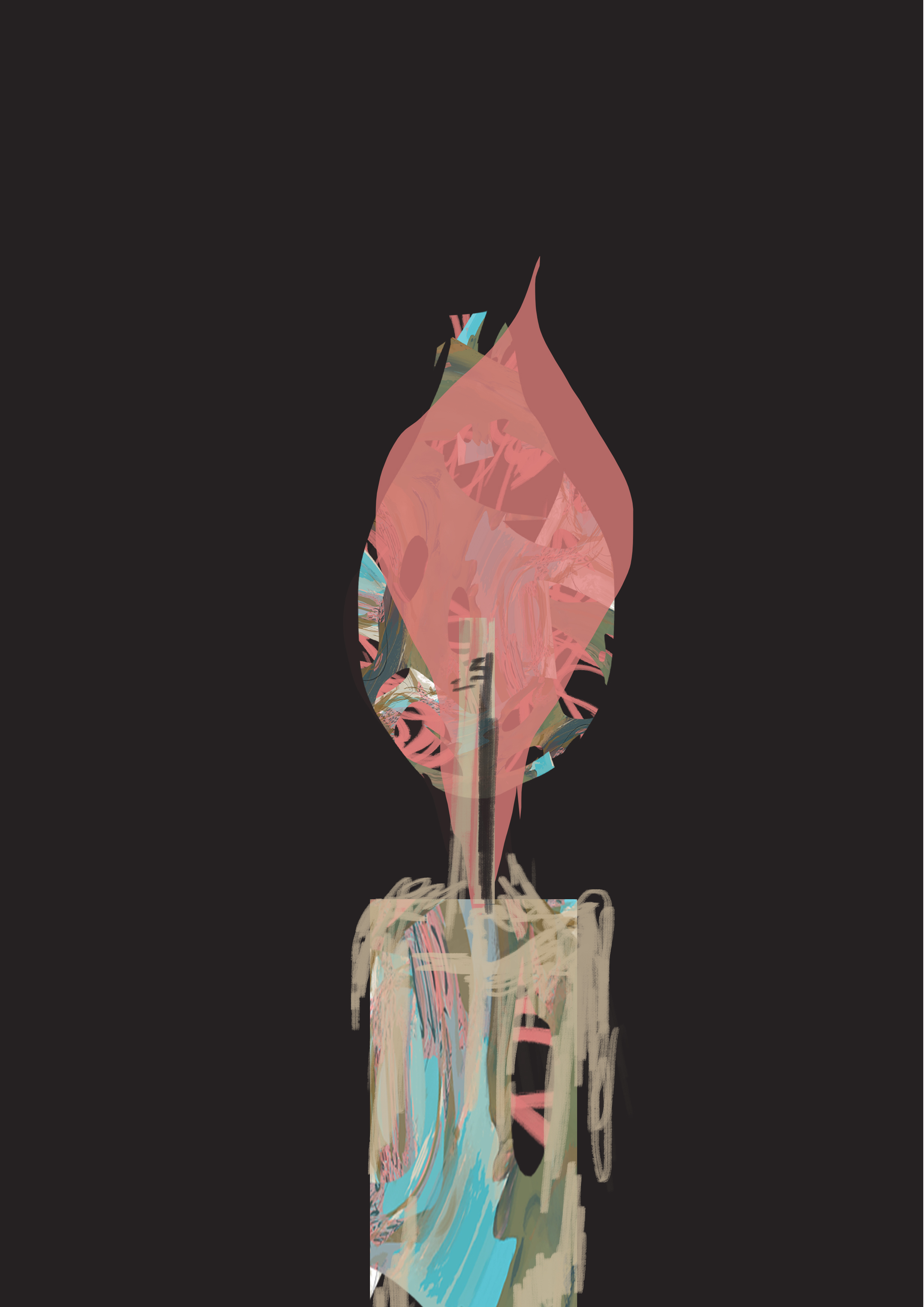 Of Sorrow, Tears, and Blood

In Lagos, a massive dark building collapses on the bodies of children—chewing their clothes, grinding their bodies, grinding their bones, bathing in their blood, turning their names to nursery memories. In Sibolga, Borno, and elsewhere there are bombs turning people and concrete and steel and glass to incessant black showers; there are bombs toning and honing the grief in us. In New Zealand, America, and elsewhere there is a gunman performing in a sold-out concert. “Sometimes happiness comes a little damaged,” he sings into a diamond microphone. He points the microphone to the crowd, and gestures that they supply the succeeding line. “Sometimes enjoyment is a form of tragedy,” the crowd shouts back, excited. He dances this way and that way. He drops the microphone to the floor and picks up an AK-47, pointing it to the crowd. He fingers the trigger. The crowd jumps and whoops.

I stare at myself in the mirror but what stares back at me are the blood-stained flags of Syria, Somalia, Afghanistan, Yemen, and other countries flying at half-mast. I hear a song trumpeting in my chest, sung by the ones who have gone before us. What it means, I don’t really know and I don’t really care. But brothers, it leaves me deranged with pain. But sisters, it makes my heart weigh heavier than my body. But God, it makes me want to jump off the earth. To fall into a completely new, quiet place where life lives forever. I lay my palms on my chest and I sing along until I am one with some mass mourners trudging down death road, digging shallow graves, burying charred lives, dying in the process, buried in the process.

Mortality—what does it mean? You don’t need to rap knuckles on your temples. It means leaving one day without saying a proper goodbye. It means bowing your head, and marathoning prayers and amens to the gods, and shutting your mind to forbidden things, and loving your neighbors, and befriending your enemies, and endeavoring to have your bath once in a while, and not wasting food, and going to the gym, and watching your weight, and watching what you eat, and eating an apple a day to keep the doctor away, and drinking six glasses of water daily while expecting a faulty wishing star or a safe to come crashing down on your head. Isn’t that what mortality means? Mortality—what does it demand? It demands lives. Keeps demanding lives. An invincible beast. Tega Oghenechovwen is a Nigerian. He is interested in psycho-trauma, human liberty, and the battle between innocence and experience. Tega has published work with Litro Magazine, Black Sun Lit, The Kalahari Review, and Afreada, among others. He tweets @tega_chovwen. More from this author →